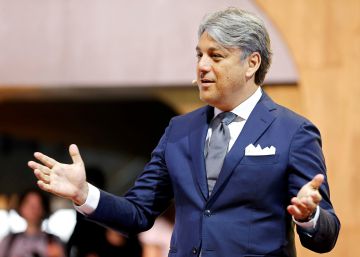 Luca de Meo will be the new Renault employer. The board of directors of the French car consortium has confirmed this Tuesday to the Italian, that until the beginning of the month he was in charge of Seat, as the new CEO of the group in a management crisis for more than a year. The executive will assume his task from July 1.

“The board of directors has considered that Luca de Meo, throughout his career, his experience and his success in his previous duties combines all the qualities to contribute in all aspects of the development and transformation of the Renault Group,” said the company it’s a statement.

De Meo (Milan, 1967) will have the easy task of calming the rough waters since the arrest in Japan for alleged tax fraud of the former almighty patron of the car consortium, Carlos Ghosn, and his rocambolesca escape, at the end of last year, towards Lebanon . Since Ghosn fell out of favor, in November 2018, Renault shares have lost more than half of their value, recalled the France Presse Agency.

With the appointment of De Meo, an interim situation began in October, when the French company decided to get rid of its CEO, Thierry Bolloré, appointed only ten months before, and temporarily put in place until then financial director, Clotilde Delbos.

The Italian, considered the architect of the recovery of Seat since its parent, the German Volkswagen, put him at the helm of the company in 2015, after his successful visit to Audi, will take however a while to assume his duties, which will begin on July 1, due to the exclusivity clauses contained in his contract with the German automobile giant. Until then, Delbos will continue to lead Renault on an interim basis. De Meo announced his departure from Seat at the beginning of the month “at his own request and by mutual agreement” with Volkswagen, according to the German consortium.

Bachelor of Business Administration from the Università Commerciale Luigi Bocconi of Milan and with 20 years of experience in the sector – in addition to Volkswagen, Audi and Seat has passed through Fiat, Toyota and even Renault, where he began his career – De Meo meets with almost all the requirements set by the president of Renault, Jean-Dominique Senard, except for having French nationality. However, he speaks French fluently, as does Spanish, English and even German, in addition to his native Italian. He is also recognized as an innate ability to negotiate, a skill that he will have to make good use of when dealing with the French State (shareholder with 15% of Renault) and, also, in one of his priority tasks in the stage that now begins: try to approach positions with the increasingly reluctant Nissan partner.

“This new direction marks a decisive step for the Group and for the Alliance,” said Senard. De Meo is “a great strategist and a visionary in a rapidly changing world of cars.” The appointment also has the approval of the French Government. For the Minister of Economy, Bruno Le Maire, his designation is “excellent news,” especially seen his work at the helm of Seat, where he achieved a “spectacular recovery,” he said in a statement.