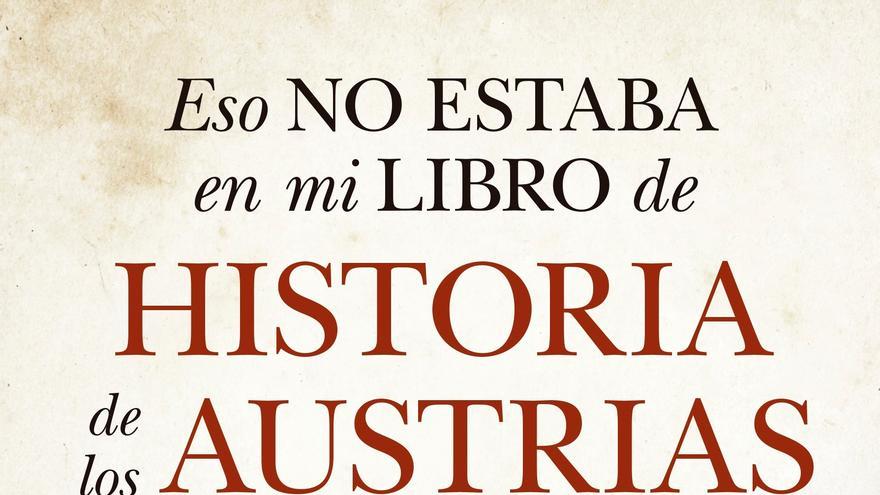 Madrid, Jul 31 (EFE) .- Before the Catholic Monarchs, and their successors, the Austrias, promoted religion as a company and common goal for the inhabitants of the kingdoms of the Iberian Peninsula, “a Galician and an Aragonese had to see each other as much as with a Pole, “explains historian Juan Uceda.

“This was not in my book on the History of the Habsburgs” (Almuzara), it is the book that he would have liked to read, explains its author, not focused on political or military stories, but on curiosities that delve into the more human (and sometimes macabre) of the monarchs, emperors and courtiers, as well as in the conspiracies and coincidences that marked the sixteenth and seventeenth centuries.

The gluttony of Carlos I, the greed of the Duke of Lerma, the lust of Felipe IV, the figure of characters like Guillén Lombardo, who wanted to turn Mexico into an independent kingdom and rule over it (and who inspired “El Zorro”), or that of the Castilian pastry chef who could end up as King of Portugal, are some alternative – and documented – stories that this work shows.

There is no shortage of events such as the attempts by some nobles to have Philip II invade China, something that the “prudent king” completely ruled out after the disaster of the Invincible Armada, which for its part only constituted a chapter, and not the most important, of a long conflict between Spain and England. In fact, it ended up being more damaging to the Elizabethans despite general belief.

The importance of the Catholic religion was enormous in those centuries, to the point that it made up for “the lack of feeling of community” that existed at the beginning of the Modern Age in what is now Spain compared to places like present-day Italy, where the Inhabitants already defined themselves as Italians and a Venetian felt he had ties to a Milanese, says this scholar of imperial Spain.

At the height of Protestantism in other kingdoms, Catholicism, together with historical events that came from behind such as the Reconquest, or the arrival in America, generated the general feeling in the Spanish population of being “chosen by God” and of belonging to a community.

“In those centuries there was an atmosphere of pride and all considered themselves crusader knights even if they were plowing in the field”, relates the young historian (Madrid, 1988), for whom the “sticks” of the eighteenth and nineteenth centuries, in which Territories were lost, they lowered that feeling and replaced it with “the vice of shame regarding identity.”

A feeling of inferiority that even today permeates the general feeling and leads us to always try to see the negative side of what happens in the country or to lower our own self-esteem as a nation, says Uceda.

In any case, in the centuries in which the Habsburgs came to rule the Spanish empire in substitution of the Castilian Trastamara through the marriage of Juana “La Loca” with Felipe el Hermoso, and his son, Emperor Carlos I, there was no such thing as a patriotic sentiment.

“A province or territory changed their ruler by a wedding, a birth or a treaty, sovereignty was something much less fixed and transcendent than today” and in fact the ordinary inhabitants were little aware and worried about who governed them , although there was a stir between the elite and the nobles to maintain their levels of power.

Uceda also enters institutions such as the Inquisition, of which he defends that he practiced a procedural guarantee system and advanced for his time. “They had found that torture was not something reliable and it was forbidden to obtain a confession unless there was other previous incriminating evidence. You could feel lucky if the Spanish Inquisition judged you and not its Roman or Swiss equivalent,” he says.

As is well known, the decline of the Habsburgs came about because they were so convinced that they were a race of supernatural beings that ruled by divine right that they preferred to face the dangers of consanguinity (of which they were aware) rather than mix their blood.

The consequence was a progressive genetic decline that ended with the last of its Spanish monarchs, Carlos II, who died in 1700 without issue and after a regency in which “he had enough to stay alive,” says Uceda.