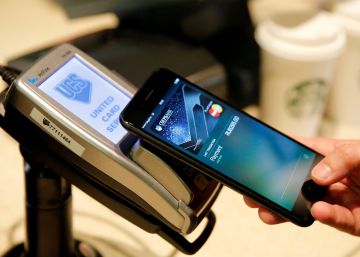 No one denies that the banking sector needs to make changes. Especially, advances related to a more digital world. The bank itself assumes the challenge. But from the substrate of a traditional bank to the intangible of a digital platform there are many steps. Several models, even. For a clientele that, likewise, is distributed along a gray scale with respect to technological preference and its use. However, some regulatory initiatives, even if indirectly, are pushing this change not only according to the logic of supply and demand and competition, but also to additional pressures and requirements. The last, that of the European Banking Authority last week, estimating that European banks still lack capital to strengthen their solvency amounting to 135,000 million.

It would be absurd to advocate for less competition or banking efficiency. That is not the question. Graphically, conventional banking is now more designed by the regulator than ever and is configured as a train with very heavy wagons. Many of them are loaded with gold (regulatory capital) to cover defects in case of derailment. But every time there are fewer free cars to make the trip attractive. Capital requirements make sense insofar as they result in an "efficient" solvency. In this sense, progress has been made in demanding resources that are convertible into shares and that allow investors to pay in the bank before the taxpayers. However, above these intelligent designs, a growing and linear demand also seems to prevail. More capital, more capital. In addition, other limitations appear recently such as restricting dividends. If the artificially negative interest rates induced by the central banks that control much of the supervision are combined, it is difficult to generate profitability for the banking investor. Neither can the ECB invitations to more mergers be forgotten, because there are fewer and larger operators.

The corollary of these proposals and tests to the bank is that there seems to be an open-or tacit-invitation from the regulator for banks to gradually become platforms, close thousands of offices and lay off hundreds of thousands of employees throughout Europe, with the labor, social and fiscal impact that would entail. If that is the regulatory bid, it would be advisable to clarify it. In addition, an apparent narrative incoherence may be emerging. Precisely the platforms want to enter banking through the back door (case of the pound of Facebook, for example) to avoid regulation. Supervisors are suspicious that those who have a monopoly on personal information and problems controlling privacy enter banking. Do we leave something more free for the market to adapt according to demand and with common rules of the game or do we continue to place all (regulatory) meat on the one-sided side of the offer? Traditional entities may stop being so in many measures but everyone who wants to be a bank will have to be conventional in one: regulatory pressure.