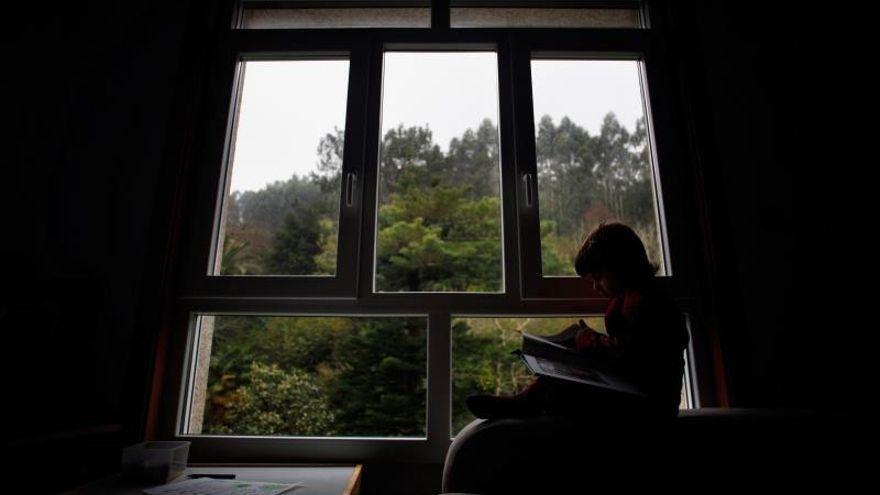 Since the COVID-19 pandemic began more than six months ago, the time reference had been 14 days. This is the period that has been taken as the maximum in which a person can develop symptoms and therefore the duration that has been recommended for quarantines. But more and more countries are considering lowering it. France even said that it was on the table to leave it in 7 days, but Spain will not go that far for the moment. Yes, how confirmed the technician of the Ministry of Health Fernando Simón, is being debated and is gaining strength in the Interterritorial Council that meets every week to re-evaluate the Detection Strategy, unify everything in the next 10 days and "definitely forget about 14 days." The reasons mix scientific evidence and social and economic reasons: on the one hand, from that day on the contagion capacity is reduced to a minimum; on the other, that would make it easier for citizens to comply with the confinements.

The spring months are quite far away in which quarantines, to prevent, lasted up to a month, and lasted until the patient had a negative PCR. Currently, if the person is mild and does not require admission, they are discharged and the isolation can be terminated 10 days after symptoms have started, provided they have been without fever for at least 3 days. This is stated in the Detection Strategy of the Ministry and according to the recommendations of the European Center for Disease Control (ECDC). For what the 14 days remain in force, it is for the quarantines that close contacts of people positive for COVID-19 have to make, even if they have had a PCR and they have had it negative. And it would be the latter that could be changed soon.

The changes in criteria in recent months are due to the fact that we increasingly know how the virus evolves in the human body. A American Society for Infectious Diseases study with SARS-CoV-2 cells revealed that they were not culturable after the eighth day of symptoms, that is, the patient was no longer infective after that time. Another, published in Eurosurvillaince, concluded that the possibility of transmission of the virus from the tenth day was reduced to 6%.

What Simón suggested was that the debate has several "positions" based on assessing the risk-benefit of such a measure. The benefit is that people have an easier time staying home for 10 days than 14; the risk, which is assumed that there is a minimum percentage of people who, after 10 days, can continue to be contagious. The spokesman also indicated that the 14 days implied "the minimum possible risk" and "have always been considered in a very prudent way. The incubation period for the disease is 12 days." That is, it was always a measure of maximums.

A possible measure, but with follow-up

"If you order a very long isolation, in the conditions that some people are in, it may not be possible to do it in a real way, unless it is done with isolation surveillance. That makes a compromise be sought. effective, an intermediate point between that small risk and reducing the days of confinement ", synthesizes Ildefonso Hernández, spokesman for the Spanish Society of Public Health and Health Administration (SESPAS). Not thinking so much about "irresponsibility", but about people with poor housing conditions or with employment contracts for which, in practice, spending 14 days at home is inconvenient. And always starting from the basis that, indeed "it is rare that you start with the infection after 10 days."

Hernández warns anyway that in order to make such a decision it would be convenient to monitor it: "We are getting used to making many unpublished decisions without evaluating them well. They are all new situations for Public Health, and those risks, even if they are low, must be evaluated" . How? With periodic monitoring of the population, calls, coordination ... that is, with a reinforcement of Primary Care, which is needed by the entire COVID-19 surveillance system. Hernández always talks about the reduction at 10 days; He does not contemplate for the moment, like Simon, the 5 or 7 days: "First, let's observe what happens by reducing them to 10. I don't think that, for just a few days, it will gain so much in effectiveness when it is a period in which it already begins to increase. the risk. Experience is showing us that by wanting to go fast, as with the opening of tourism, the health pillar does not work, and then we can take steps backwards ".

The coordinator of the Association of Residents of Preventive Medicine and Health, Mario Fontán, also sees it feasible to reduce the isolations to 10 days due to the scientific evidence available, but no more for now: "Maybe in a few months we can reduce it to 5 or 7 days, but for now we do not have solid evidence that it is appropriate. " It also recalls that the characteristics of the disease, the famous high number of asymptomatic patients and the difficulty in defining the exact moment of transmission, "adds uncertainty to the decision of when to end the quarantine."

Fontán also warns that this change will have to be controlled to 10, because that small risk "seems a small percentage, and it is at an individual level, but in contexts of high transmission it can end up being a problem." In general, "rather than reducing isolation a lot due to the economic and political need to reduce the impact on people's lives, I believe that we must bet on compensating with policies that favor isolation. Protect citizens from dismissals for leave, ensure their salary, insure homes ... I think we have to think more in this way.