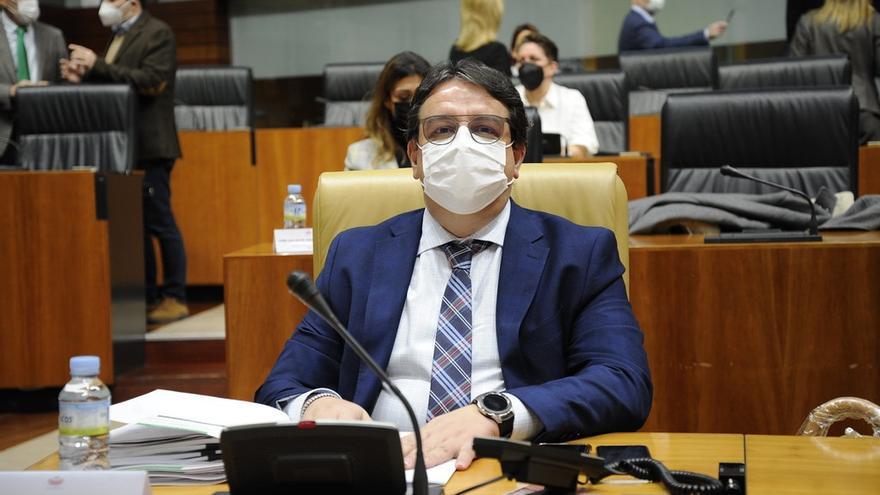 The Extremadura Government in an extraordinary meeting has decided this Sunday to cancel the Christmas Plan for the relaxation of sanitary measures, so that it returns to meetings and meals for six people instead of ten except on Christmas Eve and New Year’s Eve and only in private homes; From two nights with relaxation in a curfew, it goes to one, and the region is also closed for relatives.

The accumulated incidence is 267 cases per one hundred thousand inhabitants in 14 days, and as the ceiling set to maintain the plan was 250, the measures for Christmas “decline”, explained the vice president of the Board and counselor of Health and Social Services, José María Vergeles.

The number of people in social gatherings changes, which was 10 in the hospitality industry from December 14 to January 6, and in homes on December 24, 25, 31 and January 1; now there can only be up to 10 in homes and only on Christmas Eve and New Year’s Eve.

The curfew, which was delayed by an hour and a half on Christmas Eve and New Year’s Eve, is now done only on New Year’s Eve and for thirty minutes, until twelve thirty, so that once the grapes have been taken elsewhere, people can return to home.

In the perimeter closure period, from December 23 to January 6, the entry of close friends into the Community will no longer be allowed.

The only thing that remains of the Christmas Plan is to allow outings and visits to residences for the elderly, although the latter are less frequently: “You cannot punish more a part of the population that, even though they are vulnerable, need contact with their loved ones these days. dear ”.

Vergeles affirms that the increase in infections is due to the first effects of ‘Black’ Friday shopping and the Constitution bridge, but that its full consequences have not yet arrived.

“The irresponsibility of a few,” he added, “can end the Christmas of a few.”

For Vergeles, in a truly responsible society “this press conference should not have taken place”

Breaking news on coronavirus and politics

Were there dinosaurs the size of a cat?