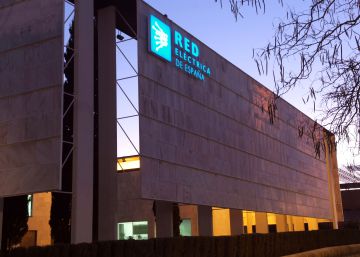 Everything in Red Eléctrica seems like a guess. Is a alleged public company (The State, through SEPI, has 20% of the capital and could expand its presence without limit); orna supposed private company (80% is listed on the Ibex and is in the hands of investors who are prohibited by law from exceeding 3% of the shares) and a supposed regulated group (In this case, the weight of the activity subject to regulation is indisputable: 92% of the income comes from the subsidiary of this area, REE, in addition to being the operator of the electrical system, a general management whose head is appointed by the Government, and enjoy the monopoly of high voltage networks). It is also supposed to be a company that acts in free competition, through its telecommunications subsidiaries (of satellites and fiber optics) but that, together with a small international business, barely represents 8% of sales.

Electric network, immersed in a serious crisis after the resignation of Jordi Sevilla As president, you could also go through an independent company. The doubts dissipate when seeing the profile of its independent directors: in addition to Seville itself, former Minister of Public Administration during the first Zapatero Government, the council sits three exalted positions of previous Governments (of the PSOE, José Juan Ruiz and Alberto Carbajo, and of the PP, Arsenio Fernández de Mesa, former director general of the Civil Guard). This council has been attended by several former ministers, such as Luis Atienza or María de los Ángeles Amador, or Secretaries of State, such as José Folgado, predecessor of Seville.

The danger that always entailed in the ranks of a company of this type (whose income comes from the tolls paid by consumers on the electricity bill) to heavyweights of the policy, is that they ultimately resulted more powerful than the regulator itself (This role corresponded until now to the ministry of the day, currently Ecological Transition, and for a year also to the CNMC) and often defended interests outside the public service provided

Only then is it explained that Red Eléctrica has been paid a portfolio of amortized networks For two decades. Attempts by various Industry ministers to curb these over-payments were always aborted by the presidential politicians on duty, who skillfully maneuvered in ministerial offices, party headquarters and Parliament itself. The same happened with the frustrated projects of some Government of separating the function of operator from the electrical system (a kind of arbitrator) integrated in a group that is also a carrier and, therefore, judge and part in the energy planning, which corresponds to the first and benefits the second.

Protect over-compensation (with a remuneration of costs and profitability higher than those established by law) and the power of the operator (with investments in assets not always adequate) has given Pingües benefits to private shareholders which, on the other hand, lack power because of their atomization, and the Red Eléctrica government teams. Sometimes they have lamented that this is the Ibex company that “worse” pays its directors, forgetting that it is also the company with the most generous public capital (again, schizophrenia).

The apathy and premature departure of Jordi Sevilla, for something as unclear as “external restrictions” and “regulatory discrepancies”, could imply that, finally, the regulator has managed to impose itself on the regulated (is this illegal or rather what contrary?). In justice, also the predecessor of the Vice President of Ecological Transition, Teresa Ribera, the former energy minister, Álvaro Nadal, faced but for other reasons, the staf of the company, headed by Jose Folgado, prohibiting the purchase of Hispasat. An adventure topped by Seville, which has cost the group 950 million euros. And a sock that shows the generous profitability of a public service company.

One of the reasons for confrontation between Teresa Ribera and Jordi Sevilla, a non-executive president, who decided to exercise as such, were the extemporaneous statements of who, according to his critics, “sometimes acted as if he were the minister.” The most popular, the one that launched against the cuts to the networks proposed by the CNMC, which Seville equated “Health and Education”, what the Government considered an insult.

Seville, who sought until the last moment the support of other members of the Government to continue in his post and rejected the orderly exit that was proposed and that he would have accepted “any politician worth his salt”, according to sources in the sector, did not take into account the support that the ministry gave to the company in front of the CNMC. Through allegations and his participation in a crisis committee, he managed to reduce the proposed cuts for transport from 20% to 10% on average until 2026. In November, the department of Ribera also agreed to postpone the cuts for one year, by recognizing investments from here and there to the company. And he did it only a few days before Red Eléctrica Corporación took out his chest announcing the purchase of a company in Brazil for more than 280 million.

For REE, listing on the stock market is a way of financing that avoids charging the inks on the electricity tariff. This is a theory with reverse: if to satisfy private shareholders it is not possible to review their remuneration downward without a pitched battle or stock market crash or force the company to grow in risk businesses outside its nature, there is no lack of claiming a profound change for REE, rescuing the old project to split the operation of the system (which makes a small team) and privatizing or nationalizing transport.

Despite the accusations of the PP, the CNMC is still hired by representatives of this party, including the president, José María Marín

For now, consider different sources, the Executive of Pedro Sanchez He should not choose another former minister as president of a company comparable to “a great tobacconist” who does not accept the regulator’s instructions. Seville has been the only president of REE dismissed by the same Government that appointed him and the only one that has lasted only 18 months. In the antipodes is his Enagás counterpart, Antonio Llardén, with 13 years in the presidency, which has accommodated six governments of different colors: three from the PSOE, two from the PP and the current coalition. A perhaps excessive time even for a private one.

With his noisy departure, Seville has given the PP and its related media a carnaza, which they probably won’t forgive him in the PSOE. The right returns to attack Teresa Ribera attributing to her husband, Mariano Bacigalupo, one of the two counselors of the PSOE in the CNMC, an omnimous power in the body that does not fit with reality. Despite the confusion generated, in the PP know, but knowingly hide, that of the 10 members of this collegiate body, five (including its president, José María Marín) represent the party of Pablo Casado. This has been the case and will be as long as the council is not renewed.