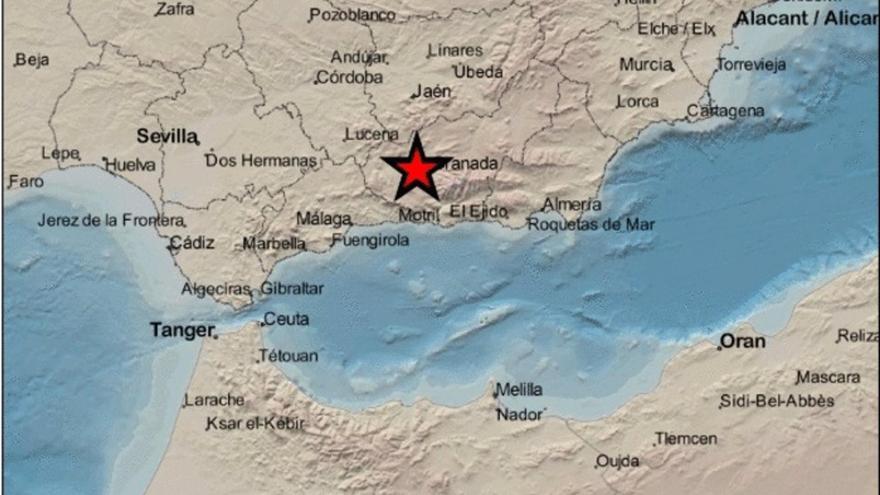 The earth trembled again this afternoon in the province of Granada and several earthquakes have been registered, one of magnitude 4.3 with an epicentum in the town of Santa Fe, as reported by the National Geographic Institute (IGN).

The National Geographic Institute (IGN) has also registered two new earthquakes of 4.2 and 3.6, with an epicenter in Chauchina and Santa Fe, in the metropolitan area of ​​Granada, and depths of five and a kilometer, in the afternoon of this Thursday, when more than a dozen low intensity movements have also been recorded in this area. At 19.49 hours, with the epicenter in Chauchina, there was an earthquake of 4.2 degrees and a depth of five kilometers, which came after another detected at 19.06 hours of 3.6 degrees at a kilometer, which was followed by one of 1.9 at 19.24, also with the epicenter in Santa Fe and another of 1.7 at 19.37 in Vegas del Genil.

The 3.6 degrees in Santa Fe has been felt in the capital of Granada and a good part of the metropolitan belt, as well as in Loja, in the Poniente de Granada, and Malaga municipalities such as Torremolinos and Vélez Málaga, according to information on the website of the IGN, consulted by Europa Press.

The IGN has detected 481 earthquakes in the vicinity of the towns of Atarfe and Santa Fe (Granada) since last Saturday and until Thursday, four of them with a magnitude greater than 4.0 in recent days, while the most intense of this day has been the one registered at 13.29 hours with magnitude 3.4 and epicenter in Santa Fe, according to data collected by Europa Press from this department.

According to the latest IGN report, consulted by Europa Press, from January 23 until this Thursday there have been 13 earthquakes with a magnitude greater than 3.0 and four greater than 4. One last Saturday of 4.4, northwest of Santa Fe, and three on the 26th, the largest also of magnitude 4.4 – the latter has been recalculated – and the other two of magnitude 4.2 southwest of Santa Fe.

All were strongly felt in numerous locations near the epicenter, as well as in the city of Granada, even being felt in some locations in the provinces of Malaga, Almería, Córdoba and Jaén.

Since December 1, 2020, when it is estimated that the seismic series in which these earthquakes are framed was reactivated, so far a total of 585 earthquakes have been calculated in the area, of which 15 are greater than or equal to 3.0 and 61 have been felt by the population.

The recorded seismicity is common in this area, which is framed within the central sector of the Betic mountain ranges, one of the regions with the highest seismic activity in the Iberian Peninsula, as a result of the convergence between the African and Eurasian plates at a speed of about 4- 5 millimeters per year.

Major earthquakes have occurred in the province of Granada throughout history, with the Granada basin being the most seismically active. The oldest known occurred in 1431 south of Granada, which had a macroseismic intensity of VIII-IX, producing great damage in the Alhambra and the most virulent in 1884 in Arenas del Rey, which reached an intensity of IX-X producing 839 fatalities.