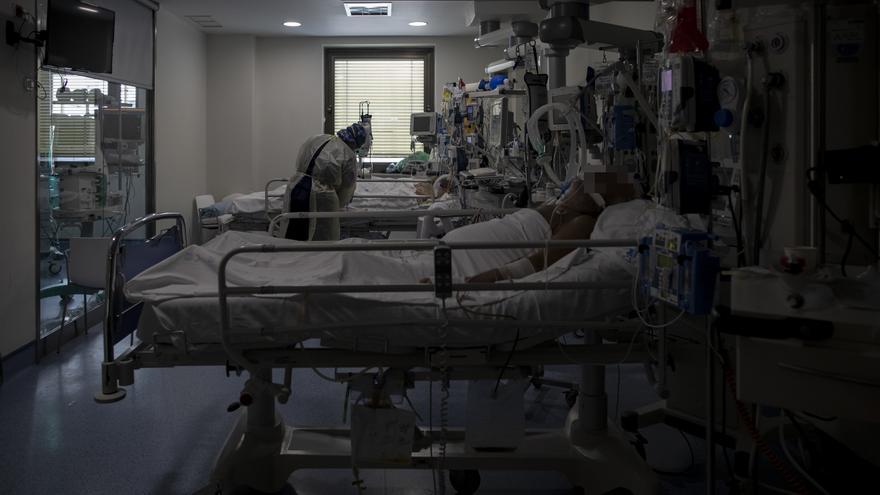 The Ministry of Health has registered 55,019 new cases of coronavirus. Of these, 4,334 have occurred in the last day. This Monday Catalunya has not updated its data for the last day due to technical problems. At the national level, the community with the most infections has been Andalusia, which has reported 15,635 –342 between yesterday and today. In total, since the beginning of the pandemic, 1,240,697 people have been infected, confirmed by tests.

Regarding the deceased, Health has added 379 to the total balance, which brings the deaths since March to 36,257. Of them, 777 have died in the last week.

In addition, there are 2,650 COVID patients in the ICU, which represents a 27.97% bed occupancy. Of the total income, 377 have occurred in the last week. The community with the most coronavirus patients in intensive care is Catalonia (546), followed by Madrid (476), Andalusia (389), the Valencian Community (219), Castilla y León (186), Castilla-La Mancha (109) and Aragon (106). The remaining 12 have had less than a hundred infected with coronavirus in these sections.

The cumulative incidence of COVID cases continues to rise, only decreasing in two regions

On the other hand, the cumulative incidence of coronavirus cases in Spain continues to rise, only decreasing in two autonomous communities. According to today’s balance, it stands at 520 cases per 100,000 inhabitants in the last 14 days.

At the national level, the region with the highest incidence continues to be the autonomous city of Melilla, with 1,392 cases per 100,000 inhabitants in the last 14 days, followed by Navarra, with 1,197, and Aragon, with 1,123.

It only remains with less than 100 Canaries (74), which despite that, remains above the 25 cases that the Government has set as its objective.

Government does not contemplate the possibility of decreeing home confinements until first evaluating the impact of the measures already adopted by the autonomous communities. The Ministry of Health considers that there is still a “time margin” to observe the effectiveness of the initiatives that are being applied, such as the curfew or the prohibition of meetings of more than six people, and recalls that there are other mechanisms that they can be implemented under the umbrella of the state of alarm before such a severe measure is reached.

This Monday, the president of Asturias, Adrián Barbón, requested the measure arguing that “there is no other way” to bend the curve. Asturias’ request is part of a broader package, which includes the closure of “all non-essential economic activity” as of Wednesday and the curfew at 10 pm, two hours before the current one. Barbón’s appearance took place shortly after two members of the Executive rejected the idea of ​​perimeter confinement: first José Luis Escrivá, head of Social Security, and then Illa himself. “I do not know. This pandemic must be monitored continuously, it must be evaluated very well,” Escrivá responded early in the morning in an interview on Antena3.

For the Minister of Health, “the range of measures that are at the disposal of the authorities of the communities in order to act is sufficient,” as he pointed out at a conference at Intermèdia Agencia de Comunicació. After the press conference in Barbón, from Health they have insisted that “in the current scenario there are no domiciliary confinements in our country” and have announced that they will hold a meeting this Tuesday with Asturias at 12.30.

Escrivá will modify the minimum vital income because otherwise “it will not reach even close” to the goal of 850,000 families