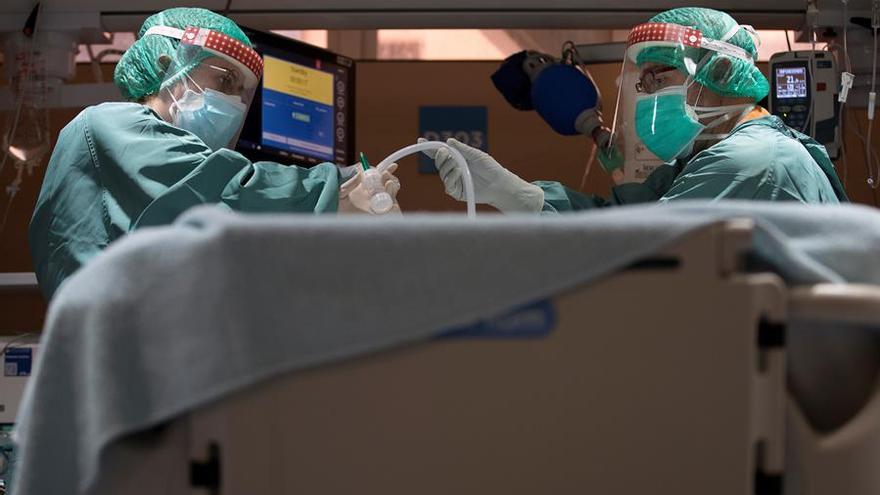 The COVID-19 pandemic has overwhelmed our health system and has exposed the deterioration and dismantling of public health that has been brewing for years. There is no doubt that this degradation has contributed to the high number of fatalities from the pandemic that could have largely been avoided if we had had a better structured, well-equipped, and properly managed public health system.

The causes of the deterioration of public health are well known: clearly insufficient budgets, a small number of inadequately distributed health personnel, precarious employment contracts and low wages, deliberate increase in waiting lists, obsolete technical equipment that needs renovation, a health focused on Hospital Care that absorbs the resources of a chronically underfunded Primary Care, and administrators who do not know the issues on which they have to make decisions, among others. The only motivation for this catalog of nonsense is the privatization of health and profit making.

Thus, the statements of support for public health by the various state and regional administrations denote tremendous hypocrisy and political irresponsibility and, even worse, a disregard for citizens and their rights. A recent example is found in the Draft Law on Contracts for Services to People in Catalonia, also known as the Aragon Law, which sought to privatize practically everything concerning the welfare state, including health. This Law, despite having been harshly criticized by the unions and social movements, and being rejected by the Parliament of Catalonia in February 2020, was somehow reactivated a few months later, in July 2020, by the Government of the Generalitat by publishing a Decree Law that allows the privatization of public health services.

Recently, a group of health professionals defending public health released a document in which the "Criteria for the improvement of public health care in the XXI CenturyThe counterpart to these proposals was immediate and later another group of health professionals, possibly with different purposes, have released a statement called "30 measures to strengthen the health system", in which they support" public-private cooperation ", which in reality implies the diversion of resources from public to private health. Misleading advertising and the complicity of these professionals with the Administration is not timely during the pandemic of COVID-19 and its proposals have been harshly criticized and rejected by social movements.

It is difficult to understand this stubbornness of the different administrations and certain professional sectors in defending the privatization of health under the confusing term "public-private collaboration" after in 2018 the European Court of Auditors (ECA) it will strongly criticize this type of association to undertake infrastructure and public services due to general inadequacies, ineffective expenses, lack of transparency, delays and cost overruns, among other deficiencies. In this sense, the ECA was forceful in stating that the The European Union must not continue to finance public infrastructure or services with private participation.

Social movements and different opinion groups have insisted on the need to increase the budget dedicated to public health to match the European average. However, an increase in budgets by itself does not guarantee that these are managed properly. The Decree Law of the Government of the Generalitat of April 2020 For which large amounts of money are dedicated to the private sector for the care of patients infected by COVID-19 or the unnecessary construction of new hospitals, instead of strengthening Primary Care, are examples that administrations will continue to plunder public resources. Equally worrisome is that part of future European pandemic recovery funds could end up in private hands.

In my opinion, an effective and sustainable regeneration of the public health system necessarily involves:

-A single public health structure that encourages a better distribution of existing resources, which in Catalonia would lead to the disappearance of SISCAT

-The active participation of civil society and health professionals in management bodies, which allows an optimal allocation of resources to the real health needs of citizens

-Compliance with the code of ethics by health professionals who must guarantee quality of care as the first and only objective.

Health and sanitation are a right of all citizens without exclusion, as specified in article 43 of the Spanish Constitution. The countless writings and face-to-face demonstrations in public streets and health centers in defense of this right have not been enough to convince the administration and reverse the degradation of public health. Therefore, civil society and health professionals cannot continue to be oblivious to these obligations and leave essential decisions that determine the health of all in the hands of the administrations on duty.