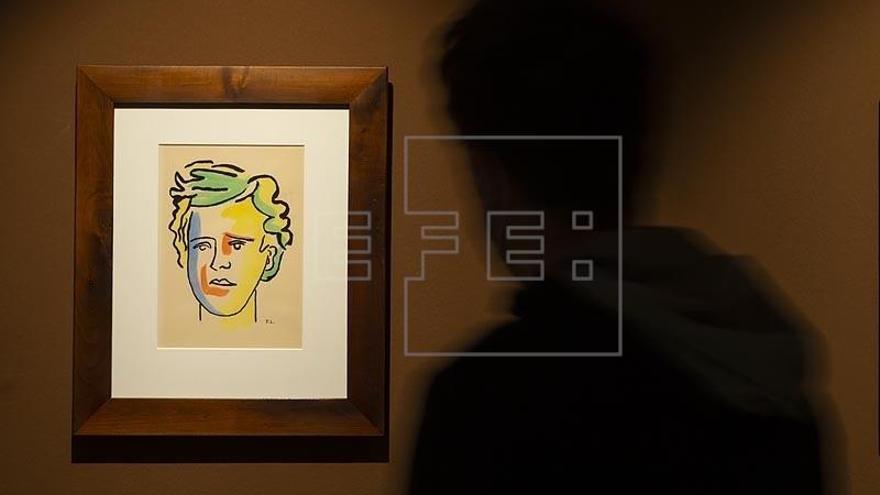 Madrid, Apr 28 (EFE) .- The changing world as it was perceived Fernand Léger arrives at the Fundación Canal de Madrid on a journey through the artistic evolution of the artist through three series and almost 80 engravings, whose motive is the search for a plastic order that represents the reality of the moment in which he lived, the 20th century, in which modernity, nature and tradition converge.

“The development of cities, the hustle and bustle, the machines… Léger realizes that the world has changed towards a chaos from which one cannot flee or go backwards, and he understands that he must seek a new harmony, creating a plastic order that represents this reality ”, explains the curator of the exhibition, Lola Durán, about this exhibition organized jointly by Fundación Canal and The Art Company.

Available in the Mateo Inurria room of the Canal Foundation from April 29 to September 5, the exhibition “Léger. The search for a new order ”presents three artistic series that show the evolution of the artist Fernand Léger (1881-1955), one of the most emblematic artists of Cubism during the first half of the 20th century.

It is precisely from cubism that the first series starts, "Du Cubisme", the name of the first treatise on this artistic style, written in 1912 by Albert Gleizes and Jean Metzinger, which reflects in its pages the "importance of cubism as the most prominent movement since the Renaissance" , since it is “from cubism when reality appears translated into idealized”.

It is in 1907 during an exhibition by Paul Cézanne when Léger discovers cubism as a "new possibility", thus abandoning his starting point, impressionism, to fixate on objects and extract their essence, which he captures through lines and geometric figures giving shape to a "free cubism, closer to that of Duchamp and Metzinger and away from that of Picasso, more analytical", explains the curator.

“Les Illuminations” gives its name to the second series, in which the Great War marks the artist in two aspects during his incorporation into the ranks: “on the one hand, the coexistence and popular twinning in the trenches, and on the other, the machines, elements created by man that in turn destroy it ”, explains the curator about the concept of machinery for Léger, who will carry out a“ tremendous reflection on the subject ”throughout his career.

"When Léger presents elements of this world of machinery, he goes from organic to geometric shapes, but always trying to bring out poetry and its rhythms of movement, humanizing the machine and these landscapes."

Without completely abandoning these motifs, nature and the human body star in the last productions of this series, in which he illustrates by means of fifteen lithographs some of the poems belonging to "Illuminations", by the writer Arthur Rimbaud, which the painter captures by integrating parts of texts which he transcribes with his own calligraphy, on backgrounds of stains of primary colors.

“The portrait of Rimbaud stands out in this series; Léger did not usually take portraits, solely out of financial necessity, since he flees from the detail that differentiates the individual, which does not interest him in a particular way but as a whole ”, says Durán about the portraits, made with spots and the black delineations typical of his work .

The last series, which Durán defines as “Fernand Léger's living testament”, is “Cirque”, and it arises after the artist's return to France at the end of his exile in the United States, a time that in his texts he defines as “the joy to live ", when he found on his return" a different France that must be rebuilt ", marking a stage of optimism reflected by the circus, which meant" bohemian and freedom "for the artist.

Although Léger defined the circus in his texts as "the show of his childhood", he frequented these shows throughout his life, since they had for the artist a "social content beyond fun, identifying also with the acrobats, who like the painter is exposed to the fall in each work ”, points out the curator, highlighting the admiration of the French for the circuses.

The series is marked by circles that evoke movement and undulating postures, which coexist in this final stage with motifs such as bicycles, whose nexus is a social purpose in addition to the playful one: “painting bicycles also has a political purpose, since it symbolized the right to holidays paid for by the French beaches full of bicycles in summer.

The exhibition also features "The Mechanical Ballet", a film production that the artist created in 1924 together with Dudley Murphy and Man Ray, becoming one of the first pieces of experimental film, which accompanies the 78 engravings by Léger that show his form. to understand the world.