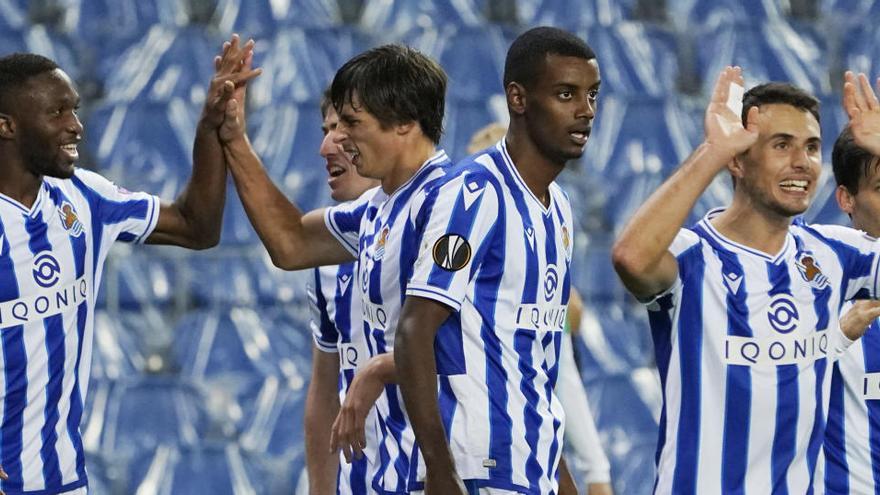 The Real society did his job against AZ Alkmaar, which despite his dominance could only defeat by the minimum in a match in which he deserved much more and that serves to equalize the Dutch and Napoli in the lead of the group, in a triple draw that leaves everything to be resolved in the coming days.

The results of the two previous days led the game to a monologue from Donostia and a team from the Netherlands defending the tie while waiting to surprise, a strategy that worked out well because it was allied with the fortune that the locals lacked in the multiple occasions generated in the first half to have changed the sign.

Monreal had it on the first play, Portu in a heads-up game disrupted by Bizot and Silva in a header that brushed the post of an AZ at the total mercy of the Gipuzkoans.

It was also incredible that Real did not go ahead before the break in the umpteenth blue and white arrival that left Portu and Isak alone in the small area, eluded the goalkeeper, but the ball traveled without agreeing to push it into the net.

The corners and chances continued to happen in the second half, La Real came and went but crashed again and again with Marco Bizot, the hero of his team in this match.

The Dutch goal was made small for a Real until after a dozen chances Portu scored the goal in a Monreal-Oyarzabal combination that the Murcian converted.

He could finish the Real but he didn’t, AZ stretched out looking for a draw they didn’t deserve and that he came close to achieving his most dangerous approach in the second half through Druiff, which would have been a major reward for a poor job.

Incidents: match without an audience played at the Reale Arena. Gorosabel, who was going to start, was injured in the warm-up and Modibo Sagnan had to enter, the same circumstance that occurred seven days ago with Elustondo, who also in the minutes before the match against Naples had to give place unexpectedly to the French.