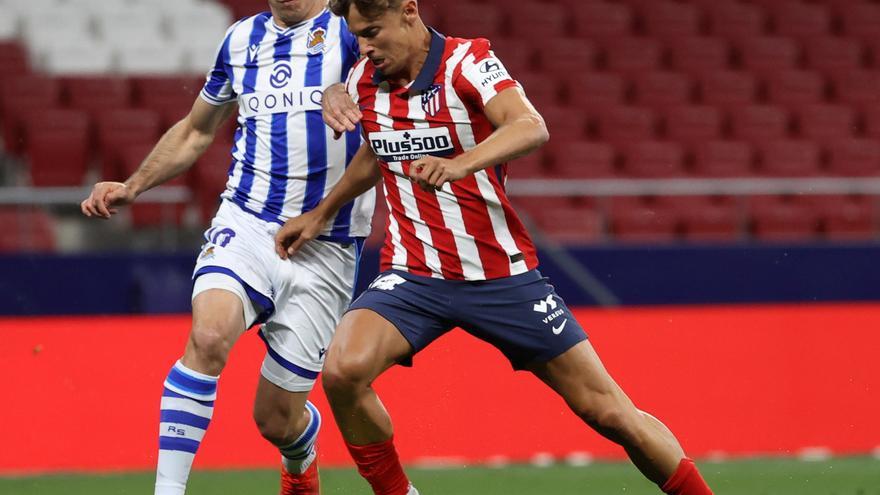 The Real society, leader of LaLiga Santander, has a tremendous test in the Wanda Metropolitano before the Atlético de Madrid, current champion, while Barcelona and Real Madrid present the first classic without Leo Messi neither Sergio Ramos in more than fifteen years, marked by the pretense of rearmament on both sides and the doubts shown regarding the game and results.

The tenth day of the Spanish championship offers the possibility that, depending on the results, any of the top five finishers (Osasuna would need the minimum to score) could leave the weekend at the top of the table, a privileged position that Imanol Alguacil’s team will defend.

It lives a start to the league campaign more than exciting. Despite the string of injuries he has suffered, with absolutely cheeky youngsters and a lot of quality, Real Sociedad sets the standard, and not only in the sum of points, but also for an attractive and very effective football.

He will defend his status as leader against the champion, Atlético de Madrid, whom he has three points behind, like Real Madrid, Seville and he also surprising Osasuna.

Real Sociedad have not lost since they did it at the Camp Nou on the first day. His streak is also at stake in a fiefdom and against an unfavorable rival, whom he has not beaten in Madrid since March 2013. But this Alguacil team is showing that it is capable of knocking down any wall, even if there is an Atlético that has not played in the league since the beginning of the month (2-0 to Barcelona) that despite lose in the Champions League against Liverpool showed many good things.

The sting with which the set of Diego Pablo Simeone Tuesday can spur him even more before the visit of the Real, who will have less time to prepare for his match of the Europa League for his match against Sturm Graz. Apart from the defeat, the worst news for the Argentine coach was the relapse of a player of the importance of Marcos Llorente.

Also in the Sunday session emerges the classic. He will recover the public lost by the pandemic but reappears on the scene without two of the main ‘actors’ in the last fifteen years, Leo Messi and Sergio Ramos, who will witness the great duel now as teammates with the shirt of the Paris Saint Germain and just before the Gallic painting decides another great duel at the Velodrome against Marseille.

Without the Argentine and the Andalusian, the footballers who have played the most classics, the great clash demands other protagonists. Sergio Busquets, Gerard Piqué and Karim Benzema, from experience in these meetings, are the new references. But it will also be a clash of young people, with Ansu Fati, Vinicius Jr., Gavi and Rodrygo in focus. A great opportunity also in this great showcase for the ‘new’ Memphis Depay, as a Barça offensive reference, or David Alaba, as the ‘boss’ of the Madrid defense.

Ronald Koeman’s team has found a respite from the latest results, with the victories against Valencia and Dinamo Kiev. Not so in terms of game. Carlo Ancelotti’s, after three straight games without a win, outlined the reaction in the Ukrainian capital with the win against Shakhtar, a confidence bonus to face this classic and win it for the fourth time in a row.

Sandwiched between the demanding matches against Lille, the needy Levante appears at the Ramón Sánchez Pizjuán in search of a balsamic result against a Sevilla that moves away from debates with its presence in the privileged zone, with a wide staff available to Julen lopetegui, forced again to move his pawns due to the attrition in Villeneuve d’Ascq and due to the physical problems that now accumulate in defense.

Osasuna, together with Rayo, the great revelation of this first quarter of the league, pursues in the opening match of the day, this Friday, his fourth consecutive win. You will receive Granada of former coach Robert Moreno, who also needs victory to ease his situation on the table. In his last meeting, before the break for the national teams, he gave signs of recovery by tying up the three points against Sevilla himself.

Benito Villamarín will host an attractive match between the Chilean’s Betis Manuel Pellegrini, on an upward trend with three wins in the last four games, and the Ray of Andoni Iraola, ready to ratify his great moment.

With the moral spur of the victory against Young Boys in the Champions League, Villarreal appears in San Mamés against Athletic to rebuild his league path, which he left last Sunday with the defeat at La Cerámica against Osasuna.

One point higher than the ‘yellow submarine’, tied with Athletic, is Valencia, which after a magnificent start to the campaign has chained five games without winning. José Bordalás’ team has no choice but to find a new direction to get closer to the European positions. He will face a Mallorca in Mestalla that has gone down, with only one win in the last six games.

Raúl de Tomás has led Espanyol’s reaction towards the middle zone, which now wants to continue at the expense of un Elche who wants to become strong in the Martínez Valero to get closer to permanence.

With tints of more urgency they will dispute the Cádiz-Alavés at the Nuevo Miribilla and Getafe-Celta at the Alfonso Pérez Coliseum. The four teams are among the last five of a table that closes the Getafense team with two points, one less than the Vitoria block.