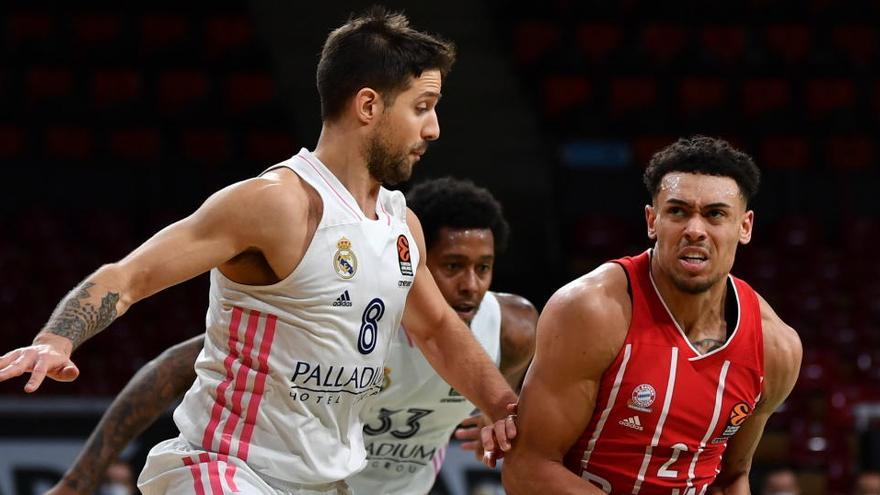 He Real Madrid beat Bayern in Munich 76-81 in extra time in a match where Walter Tavares It was more than important given the absence of triples in the Madrid game with 4 of 21 attempts.

With this victory Real Madrid is hooked on CSKA and Barcelona at the top of the ranking of the Euroleague.

The Bayern’s ‘gaseous’ departure, 4-0 in the first minute, was immediately canceled by Real Madrid who scored a 2-12 run in the next 4 minutes, with Walter ‘Edy’ Tavares as the offensive protagonist.

He Bayern failed to stop the Cape Verdean pivot, while Madrid handled themselves well on defense, stopping Vladimir Lucic and, at times, Wade Baldwin, the two spearheads of the German team.

He triple was not invited to the party and Madrid closed the first quarter without scoring three points, while Bayern only did it once for the 15-23 with which ended the first ten minutes.

In the second act, the absence of Tavares, by rest, allowed him to Jalen Reynolds shine with your own light. In fact, the 23-27 that the score reflected in the 15.20 minute was thanks to Reynolds’ 8 points, the only one who scored so far.

Rudy fernandez, in minute 17 (25-33), scored the first and only madridista triple in the first half, but it was important in the advantage with which the Spanish team reached the dressing rooms, 34-39.

The return of Tavares to track ended with the good performances of Reynolds and Madrid, by pulling, was able to keep the advantage.

In the continuation, after some basket exchanges, Bayern began to show their claws, 41-43 (m.23.30), but Tavares and Nicolás Laprovittola appeared again to restore the status quo on the scoreboard, 41-47 (m. 24).

The team of Pablo Laso gave the feeling of being able to break the match, but the dramatic absence of triples and the work of Andrea Trinchieri’s players allowed the Teutonic team to remain hooked on the match, 43-51 (m.27.50).

At the end of the third quarter, 50-51 and Madrid with a single triple of 13 attempts and 12 points scored in this period.

Rudy Fernández, in the 35th minute, got the second Madrid triple, 61-64, heading towards a final coin toss, although a triple by Carroll (63-67) gave Madrid air for the last three minutes.

Another triple by Carroll and the response from the 6.75 meters by Lucic and Weiler-Babb brought the score back to balance, 69-70 with a minute and a half to go.

Lucic, with another triple, put the Bavarian team ahead 72-70, with 50 seconds remaining. Gabriel Deck tied at 72 with 23.8 seconds to go and regulation time ended.

In extra time, Madrid gave first with a 0-6 in the first two minutes. And with 120 seconds left, Bayern still did not score against the good Madrid defense.

Madrid played to the four corners and a penetration of Laprovittola left the game seen for sentence.

Incidents: Match corresponding to the twentieth day of the regular phase of the Euroleague played at the Audi Dome in Munich without an audience.