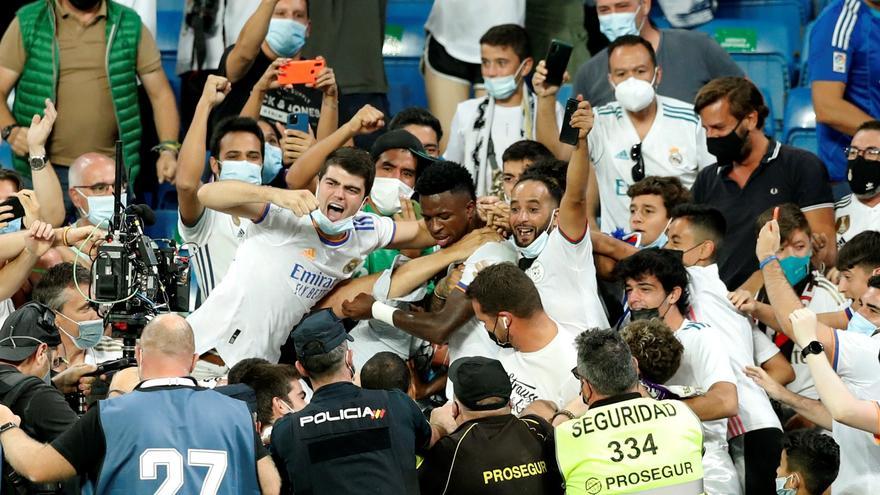 Real Madrid, Valencia and Atlético they won their respective matches and they were left alone in the head of LaLiga Santander, tied at 10 points, after the dispute of the fourth day, incomplete due to the postponement of the match Seville-Barcelona, two of the other teams that played first place until last weekend, and Villarreal-Alavés.

The Vitoria team now closes the table, without points, like Getafe, which has played all four league games.

On Saturday, Rayo Vallecano started a draw in their visit to Levante (1-1) thanks to a goal by rookie Sergi Guardiola in extra time that neutralized the both Roger’s penalty in the first half and did justice to what was seen on the pitch, as the Madrid team smashed two balls into the post and had more and better chances than their rival.

Athletic Club won by 2-0 to Mallorca in San Mamés with goals from Dani Vivian and Iñaki Williams, both in the second half, and extended his good start to the season in which he remains undefeated and that allows him to sleep as leader in the absence of completing this fourth day of LaLiga.

Sunday’s match started with a hasty victory for Atlético de Madrid against Espanyol at the RCDE Stadium. The rojiblanco team traced the goal of Raúl de Tomás in the 41st minute with a Carrasco target in 79 and another in 99, on the horn, of Lemar, after adding the referee 10 minutes of extension.

Valencia passed over Osasuna winning 1-4 in El Sadar to stay in the leading group thanks to a Gonçalo Guedes who drove the red defense crazy scoring a goal and signing a great performance.

The premiere of the Santiago Bernabéu stadium left a footballing gift full of vertigo, a leading Real Madrid scoring festival to the rhythm of Vinicius, with a triplet by Karim Benzema and debut with a goal by Eduardo Camavinga, in a comeback5-2) born of serious defensive errors that fed Celta’s hopes.

The Real society was imposed this Sunday Cadiz (0-2) at the Nuevo Mirandilla stadium with so many Mikel Oyarzabal in the second part of a match in which he was far superior. Cádiz is still without a win after four games and the Basque team has nine points after three consecutive wins.

A goal at 68 minutes from Lucas Pérez, in his debut with the shirt of the Elche, allowed Fran Escribá’s team to achieve its first victory of the season against the Getafe, who is very touched in the descent after adding his fourth consecutive defeat.

Betis achieved their first win of the season on Monday by winning a deserved 1-2 at the Nuevo Los Cármenes Stadium against Granada, which still does not know the victory this course. A goal from Rodri Sanchez put Betis ahead in the last action of a first half in which the visitors were far superior, the Colombian tied Luis Suarez in a more balanced second act, but in the 89th minute a bit of Sergio Canales gave the three points to the Verdiblancos.