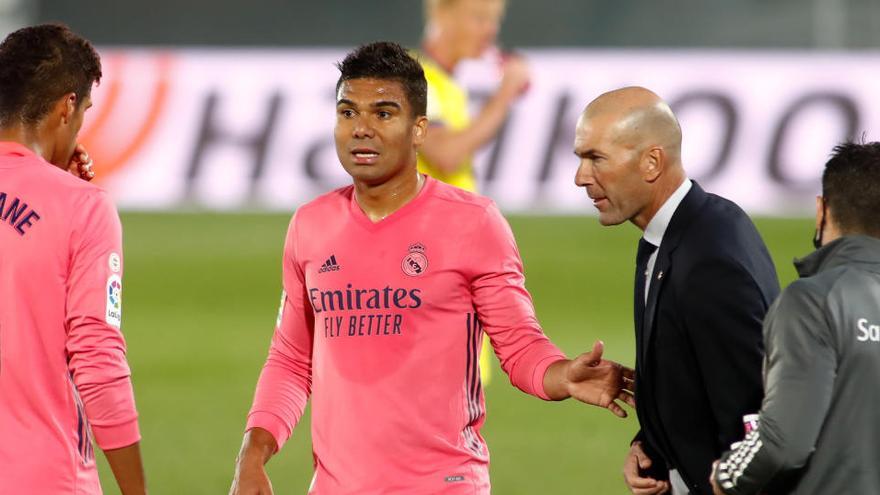 He Real Madrid starts this Wednesday (6:55 p.m.) its journey in the Champions League 2020/21 before Shakhtar Donetsk Ukrainian, a team that It shouldn’t be a problem for the Zinédine Zidane team for his 13 casualties that are making him live a “nightmare”, in the words of his coach Luis Castro.

The merengue painting returns to Alfredo Di Stéfano after the first loss of the season, last Saturday against Cádiz, wanting to change the image and the “deserved criticism”, according to Zidane, at the start of his fetish competition and three days of visiting FC Barcelona on the occasion of the Spanish Soccer Classic.

The company will not be easy for a Real Madrid that shines for its irregularity and its problems to score a goal. To date, two blank matches and one only with one goal in favor, a poor background for the 13-time European champion, whose dynamite always passes through Karim Benzema and by Luka Jovic, who continues to be ‘unplugged’ since his ups and downs last summer.

Zidane will accompany Benzema – predictably – with Vinicius, although the Brazilian could rotate, and will put Marco Asensio from behind, also as an offensive reference, in a midfield populated by Toni Kroos, Casemiro and Fede Valverde, these last two substitutes the last duel.

In defence, the main absence is that of Sergio Ramosproduced last Saturday and to try to play against FC Barcelona. Militao is the clearest option for a defense in which Mendy could return to the left back.

In addition, the French coach will continue without being able to count on the injured Álvaro Odriozola, Dani Carvajal, Martin Odegaard, Eden Hazard and Mariano Díaz; The latter already exercised with the group in the last session, but continues with his recovery process after being operated on for tonsillitis and will not be available this Wednesday in the continental debut.

The match, in addition to a comfortable victory, should leave good feelings in the current league champion if he does not want to arrive at Camp Nou with doubts. The opportunity is unbeatable for a Real Madrid that will face a diminished rival -with undermined morale- and the surrender of their coach in the press conference prior to the match.

“It is a nightmare that we are living; we do not have Kryvtsov, Ismaily, Stepanenko, Kovalenko, Moraes … It is not the most pleasant squad for any coach (…) Real Madrid won three Champions. We have ten casualties, can you tell me about the difficulties of Real Madrid? Is it a joke? “, Questioned the coach of the Ukrainians, who also has doubts about their starting goalkeeper, the irregular Pyatov.

Many absences, but always responds

The Shakhtar is going through difficulties due to positives for coronavirus in its workforce, but he is showing his face in the domestic competition. In the first six days he has not lost (three wins and three draws) and occupies the third position in the League of Ukraine. In ‘Champions’ he knows that he will have to be strong at home if he wants to have options for the eighth or if – at least – he does not want to say goodbye to Europe at the first change.

The Portuguese Luis Castro will not be able to count on Junior Moraes, his great scorer reference, and could instead bet on the Israeli Manor Solomon, or on one of the Brazilians that Shakhtar has in their squad in the most advanced positions. Total, 11 players born in Brazil are part of the Ukrainian squad, one of its hallmarks in the last decade.

The Ukrainian Champion will seek to surprise, aware of the difficulty of scoring in Madrid in such circumstances, and Real Madrid, on the other hand, cannot miss the opportunity to get the classification back on track from the beginning and get a run on before facing the first big duel of the season at the home of their historic rival.

In fact, the bookmaker ‘betfair’ gives as a clear favorite the Zinédine Zidane team, whose victory is priced at 1.24 per euro bet, while the away win is paid 12 to 1. The tie is paid at 6.5 euros.

Alavés opens another hole for Real Madrid in La Liga