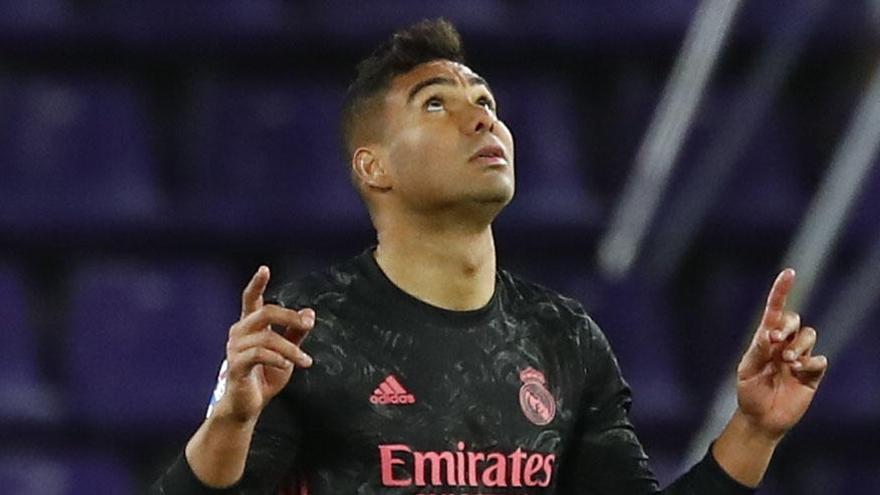 The Real Madrid faces the vertigo caused by attending a decisive appointment with nine casualties, without part of the spine of Zinedine Zidane, not to convert the round of 16 of the Champions League again in an insurmountable barrier, after two editions of disappointments, and the one that represents the style of play of a Atalanta vertical and scorer.

Nobody could imagine when the hype brought the confrontation against Atalanta such detrimental conditions for him Real Madrid. From the role of favorite he has passed to that of victim by a plague of endless casualties. He will compete in unequal conditions against a rival who wants to make history in ‘Champions’ by eliminating the king of Europe. The thirteen-wound champion will play in Bergamo without essential starters who support the team, such as Sergio Ramos, Dani Carvajal, Eden Hazard or Karim Benzema. Up to nine casualties.

With only eleven field players available from the first squad and six players from Castilla, the situation invites Zinedine Zidane to give his system a tactical turn. He must decide whether to accept what Atalanta proposes, a duel to exchange blows, or protect himself to feel diminished and for his lack of punch. The option of returning to defense with three centrals or increasing the number of midfielders to four with the entry of Isco, are on the table. There are no players to choose from, but there are tactical arrangements.

The objective is to return alive for the return to Madrid, in which Zidane will already recover several of his players. Before that, a new record arrives at the Gewiss Stadium (Bergamo stadium), the centenary in qualifying rounds. Real Madrid will become the first team to reach 100 games in the Champions League. His last two memories are negative, eliminated in the round of 16.

Traced by Ajax two editions ago, with Santi Solari on the bench; inferior to Manchester City in the last season, defeated in both qualifying games and with a feeling of helplessness in Europe, of loss of stripes from the team that wrote one of the most brilliant pages of the competition, winning four out of five editions , three in a row.

At present, a new challenge appears in a season of ups and downs, to which Real Madrid arrives united in the face of adversity, reacting to a black January, in which it lost two titles such as the Copa del Rey and the Spanish Super Cup, with a February immaculate. League resurrection thanks to its full of triumphs, a streak of four wins and the last three with a clean sheet. With Thibaut Courtois as one of the pillars added to a midfield -Casemiro, Toni Kroos and Luka Modric- who support the white team.

The Atalanta arrives at the appointment with Real Madrid in a great state of form, after two consecutive victories in Serie A, a defeat against Napoli and an outstanding performance by their Colombian forward formed by Luis Muriel and Duván Zapata.

Without the Argentine Alejandro “Papu” Gómez, transferred to Sevilla in the last winter market, Muriel and Zapata are leading the lead of Gian Piero Gasperini’s team, who did not hesitate to define the meeting with Real Madrid as “the most prestigious” in the history of the Bergamo team.

Muriel arrives with an open streak of nine consecutive games scoring when he started and showed all his talent last Saturday, when he gave an assist and signed a goal with his left foot in the 4-2 endorsed by Napoli. Form an explosive forward alongside Zapata, who scored nine goals in Serie A and three in the Champions League. To them is added the fantasy of the Slovenian Josip Ilicic, a midfielder who last year overwhelmed the Valencia with five goals in the knockout round of the European cup.

If Real Madrid is burdened by casualties, Atalanta can count on their entire squad at their disposalexcept the Dutch side Hans hateboer, an element of enormous importance in the balances of the Italian team, but one that was brilliantly replaced by the Danish Joakim Maelhe in recent weeks.

Gasperini put together a very competitive team, which practices modern football, aggressive in all areas of the field and with a clear offensive vocation, which was able to beat Liverpool 2-0 at Anfield in the group stage, which closed in second position . Despite it being only their second season in the top continental competition, Atalanta showed personality and last season touched the semifinals, surrendering in the quarterfinals against Paris Saint Germain receiving two goals in added time.

The Bergamo team, which is also a finalist in the Italian Cup, promised to compete being true to their style of play, although they did not hesitate to transfer the status of clear “favorite” to Real Madrid.