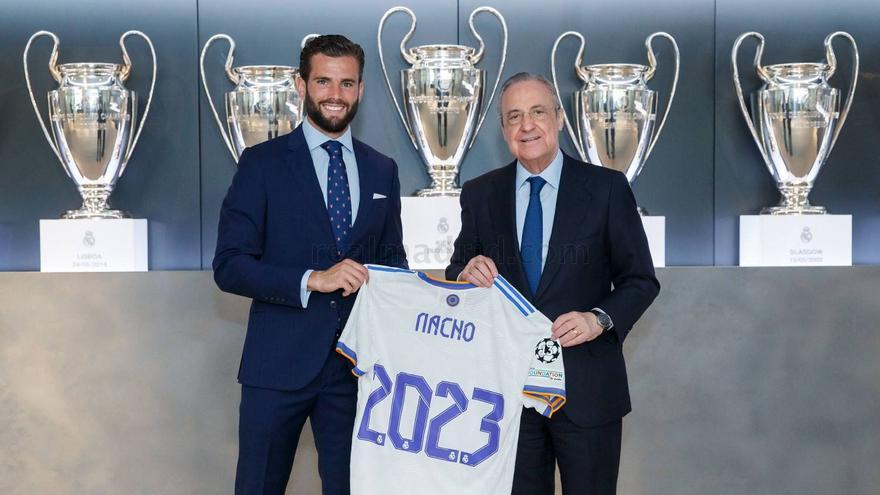 The Real Madrid Y Nacho Fernandez They have agreed to extend the contract of the white defender, who remains linked to the club for the next two seasons, until June 30, 2023.

The Madrid player, who belongs to the white club since he joined the Alevín A In the 2001/02 season, he signed this Thursday the renewal of his contract at Real Madrid City accompanied by the president of the entity, Florentino Pérez.

The defender, 30 years old, who played in all categories until reaching the first team, remains linked to Real Madrid until June 30, 2023.