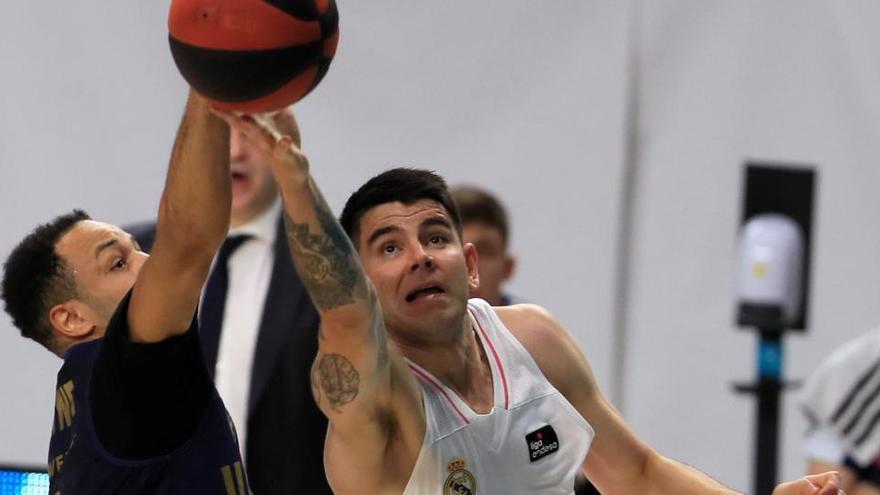 The Real Madrid added his nineteenth league triumph this Tuesday, which maintains him as a solid leader of the Endesa League, at the cost of a UCAM Murcia intermittent that returned to show both faces and that, after dominating the crash in a great first half, ended up paying for his disconnection in the third quarter and, despite his final reaction, conceded his fourth loss in a row (98-87).

In a match on matchday 19 postponed due to the coronavirus, the Murcians partly repeated the script for Sunday’s match at the Palau, where after playing face to face with Barça in a first half in which they only lost by one point, they ended up falling with a crash by 29. This time, they were able to endorse 32 points to whites in the first quarter, but only nine in the third, which in the end resulted in a new setback that moves him away from the playoff positions.

With better staging, greater clarity of ideas and freshness of legs, UCAM was thrown towards the rival basket. Their success came from all positions, with Conner Frankamp, ​​Jordan Davis and Nemanja Radovic as stilettos, which, accompanied by a good defense, allowed them to take advantage of all their attacks and comfortably dominate the scoreboard.

With one gear less, Real Madrid suffered to counteract the high pace imposed by those of Sito Alonso. Carlos Alocen and Usman Garuba kept the white attack afloat, which lacked fluidity. The power forward, with his triples, and the point guard, with his baskets and good direction, monopolized the prominence of their team and avoided greater evils, but the first quarter was a clear visitor color as reflected by the 32 points they were able to endorse. in ten minutes to the leader of the competition (24-32, min 10).

In the resumption the shock tightened. The locals sealed their area, drying up UCAM’s production from the beginning, and trusted their attacks to a Sergio Llull who with eight consecutive points and his vision of the game laid the foundations for the comeback. Alberto Abalde gave his team the first advantage with a triple and gave way to a few minutes of exchange of blows and alternatives on the scoreboard, with good percentages from the perimeter of both.

The granotas were reluctant to give up command and, with an 8-0 run, threatened a new breakaway, although Jeffery Taylor responded immediately with a couple of good deeds, who could not prevent UCAM from going into halftime with an advantage after the fourth triple of a Frankamp. The American point guard scored 14 points in an entertaining first half in which the dominance of the rebound (13-20) also contributed to the visitor’s partial victory (47-51, min 20)

The panorama changed radically after passing through the changing rooms. The Real Madrid He went for the game and in two and a half minutes he linked a 9-0 that forced Sito Alonso to stop the game to avoid repeating the Palau script. The clash entered a phase of white dominance, although with meager advantages that did not allow confusion.

The Madridistas did not have them and, play by play and with the contribution of all their men on the court, they were opening a gap in front of a tired opponent that stopped his offensive production in his tracks, with only nine points in those ten minutes. Two consecutive triples by Rudy Fernandez and a basket by Sergio Llull raised the gap to sixteen shortly before the end of a third act of clear local color, which left the game on track for the leader (73-60. Min 30)

The awakening of a Walter Tavares who until then had not shown his best version kept the game controlled by the hosts. Murcia took strength from weakness and, based on faith, they were able to eight the disadvantage with three minutes remaining, but the Real Madrid already had the game in their hands and avoided final scares, adding a new triumph in the Endesa League.

Incidents: Postponed match of the Endesa League matchday 19 played at the WiZink Center (Palacio de los sports) of Madrid, without spectators due to the sanitary measures against the coronavirus pandemic.