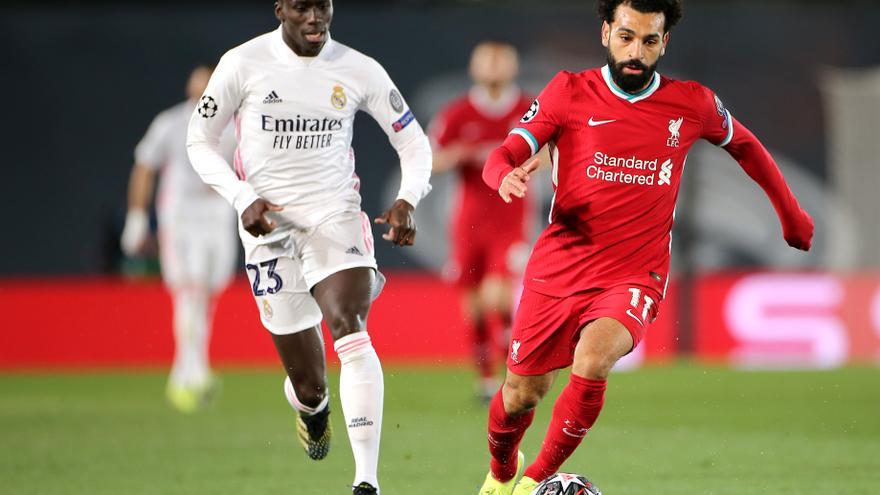 The Real Madrid must pass the tough exam of Anfield to access the semifinals of the Champions League three years later, a challenge that he faces with two goals ahead after 3-1 in the first leg but at the limit in his physique and plagued with important casualties that cause Zinedine Zidane to present a defense of circumstances.

The Madridista illusion of taking a firm step towards the fourteenth European cup, with a rival of the profile of Chelsea on the horizon of the semifinals and a dream final, goes through the mythical Anfield. With a factor in favor, the absence of an audience that pushes Liverpool to the epic, but several against Zidane.

The great specialist of the 'Champions', who only lost one tie and was the only one to win three consecutive editions, warned that the physique of his players has reached the limit and that the casualties, which reach 50 this year, They attack Real Madrid at a decisive moment when the big titles are decided.

He goes to the appointment having to invent solutions in a defense plagued by absences. Without its head offices, Sergio Ramos Y Raphael varane with coronavirus, without his titular right back, Dani carvajal, nor the makeshift substitute that became indispensable, Lucas Vazquez. With Eden Hazard in no rush to return. Zidane will be missing on the field but never the delivery of his players. Once again he united them all in the effort and found the support of the less usual to sustain the classic and win options in the defense of the league crown.

And you will have to bet on them. With the Brazilian Militao going from the stands to playing three decisive consecutive games. The option of having to enter Marcelo on the left wing and pass Ferland Mendy to the right or line up Álvaro Odriozola from the start, who was seen to lack rhythm in the classic.

Zidane understood that Alfredo di Stéfano's duel, dubbed "a training camp" by Jurgen Klopp In words that hurt the Madrid team, it was time to go for Liverpool. His plan went perfectly on Vinicius' dream night, the day he signed his first double, with a trident that caused the worst of Liverpool's faces.

Everything indicates that the circumstances will provoke an image closer to that shown before the Barcelona. The inclusion of Fede Valverde as a fourth midfielder, having to infiltrate for the battle due to a strong blow to the foot. The search for the backlash with the speed of 'Vini' as the main weapon and Karim's goalscoring inspiration Benzema.

Liverpool are entrusted to the miracle for the third consecutive year. It worked for him three years ago against Barcelona, ​​in one of the biggest comebacks that are remembered on the red shore of the Mersey. Klopp's men turned it around to 3-0 against a flustered Anfield. They looked for the same strategy last year, when they had to turn a 1-0 against him Atlético de Madrid. And they were about to get it.

The English threw their whole being into the goal of a Jan Oblak who took out almost everything and although Liverpool forced the extension and he got to enjoy a few minutes of advantage in this, the goals of Marcos Llorente and Álvaro Morata defeated the last great fans before the pandemic.

This year there will not be a single soul in Anfield who can leave his throat singing the 'You'll Never Walk Alone '. The 'Reds' will have to rely exclusively on players who are having the worst season possible. Not even against Aston Villa at the weekend they had a quiet encounter. They won 2-1 in the last minute thanks to a goal from Trent Alexander-Arnold, with a Klopp that only gave rest to Thiago Alcántara, who entered in the 70th minute, and Sadio Mané, who entered in the 75th minute. Wednesday.

Liverpool does not recover anyone due to injury and the line-up that Klopp draws should be very similar to the one he formed in Madrid, with the exception of the defenestrated Naby Keita, whose position will be picked up by Thiago. The victory against Villa served the 'Pool' to take courage And to break the dreadful streak of six consecutive defeats that they accumulated at Anfield, the worst in their history, but now without an audience, he will try to achieve that miracle that already took effect against Barcelona, ​​but for which they ran out of magic last year. And this time Anfield will not play his card.