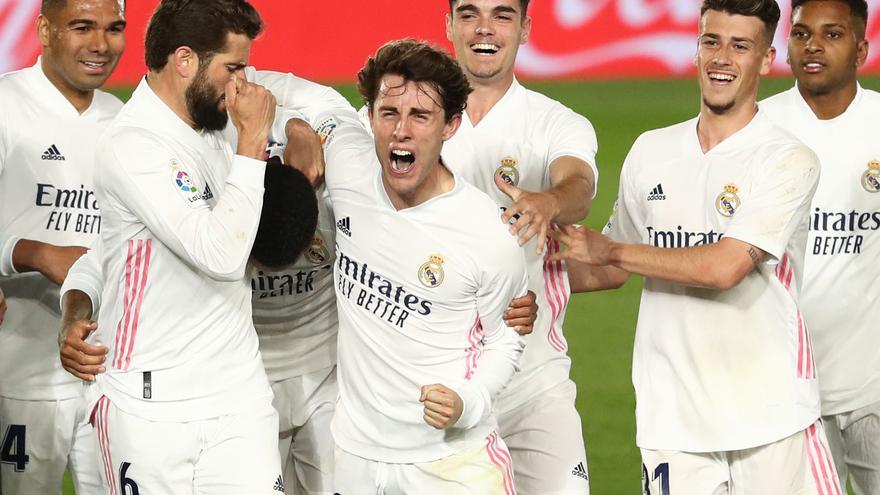 The Real Madrid of the impossible, a team depleted in this course, without signings and a victim of injury plagues, face a new feat to add to your history, visiting Stamford Bridge for the first time to meet a Chelsea who, despite being superior in the first leg, was not able to win, in a precious pulse for a place in the grand finale of Istanbul.

His thirteen conquests of the European Cup made him the king of the competition but the reality is that few could count on Real Madrid this season. Not even being directed by ‘mister Champions’, the coach who won three consecutive editions, Zinedine Zidane, and that he has only lost one tie (against City last year), in his five appearances in the tournament.

The most difficult was still faced by the French coach in a season full of problems. They were one step away from being left out or falling into disrepute in the Europa League with a poor start to the group stageBut with a reaction that propelled him to finish first before beating cheeky Atalanta in the round of 16 and Liverpool in the quarterfinals.

With the statistics against – Real Madrid never beat Chelsea in four games in European competition and never raised a semi-final with a draw at one goal in Madrid in three previous games – but experience in their favor. With a squad full of players who know how to manage moments of tension and that they have responded when they looked into the abyss. Overcoming up to 55 injuries between muscle problems and coronavirus, recovering important players for the big event and forced to score.

In the physical lies the key to the tie. Chelsea ran over Real Madrid in the first leg. Zidane’s team accused the few rotations in the quarter week and the classic. He paid the consequences and learned a lesson. At Stamford Bridge he arrives with fresher legs, with Toni Kroos and Luka Modric rested, and the doubt of the rhythm in others who have just recovered. Captain Sergio Ramos arrives in time to lead the battle, Ferland Mendy to occupy the left back and the big question is the status of Fede Valverde.

If he did not arrive just after overcoming the coronavirus, the Uruguayan midfielder would have started. Either as an emergency solution to a right back without Dani Carvajal or Lucas Vázquez or to increase the midfield in number. The reality is that he returns after missing five games and it is unknown what he will hold at a high rate.

So Zidane, who never showed excessive confidence in Odriozola, can choose to move Nacho to the right side and bet on a trident in which Eden Hazard finally take on gallons. At the moment of truth. In his old home and at a perfect time to start paying off his debt to Real Madrid after two years full of injuries and misfortunes.

The 1-1 of the first leg allows Chelsea to propose a match similar to the one they did when he went to this same scenario with a 0-1 income against Atlético de Madrid or when he played the quarterfinal return with the 0-2 first leg against Porto. It is not a team that seeks to shut itself off. It is not the philosophy of Thomas Tuchel. The German will try to lead the game. Have it under control, amass chances and despair of the Whites from possession.

If the midfield, composed of Jorginho and Kanté, who rested for the weekend, once again overshadows that of Real Madrid, Chelsea will have a lot to win. If this is imposed, their options to keep the door to zero increase and it is that only Benzema in Valdebebas has been able to pierce the goal of the ‘Blues’ in the last six meetings.

And if Chelsea manages to score and forces Real Madrid to score two, only one team since Tuchel arrived in January has managed to score two or more goals.; West Bromwich Albion in a match that Chelsea played more than 60 minutes with 10. Defensive reliability is the key to a team that has two lines out of five possible. A more conservative one, with César Azpilicueta in the right lane, and a more offensive one on Madrid’s left side, with the speedy Reece James there, moving the Navarrese to the center of defense.

Tuchel has all his players available except Mateo Kovacic, who relapsed from his muscle injury. Antonio Rudiger, who suffered a mishap to his face last week, will be able to play with a mask. Zidane lost this week to Raphael Varane, whose loss, who was going to say a few months ago, is irrelevant due to the imposing moment of Militao. He was the savior in the league against Osasuna to keep Real Madrid in the fight for the title. London is looking for a new hero.

Canarias obtains more than 15 medals in the Spanish Championship