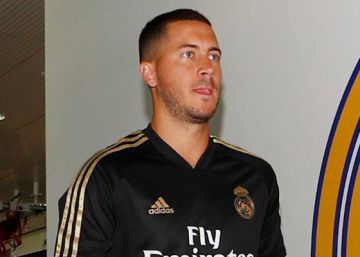 The last time he spoke in public, Zinedine Zidane It started with a sigh of relief and ended with a show of hope. It was on May 19, after closing with a defeat against Betis (0-2) a black course that buried the unusual cycle of three consecutive Champions. Minutes before, the white soccer players had said goodbye on the grass of the Bernabéu applauding to some steps that whistled them. Zidane sat in the press room and summed up the moment: "The best thing is that it's over." A quarter of an hour later, in his last response, he pointed to a better future: "We are going to carry out a real preparation. Like two years ago, "he said, recalling the 2016 Canadian summer that culminated in the Spanish League-Cup double in the spring of 2017.

The Real Madrid it leaves this Tuesday towards that place of Montreal yearned for by the French technician, the sport city of the Montreal Impact, equipment of the league of American soccer (MLS), the Center Nutrilait, some fields to borders of the river San Lorenzo. Between the final appearance of Zidane and the first appointment of the preseason this Monday in Valdebebas (reunions, medical tests), 50 days and 300 million in signings, the biggest expense in the history of the club, ahead of the course of the return of Florentino Pérez to the presidency: 258 million for the 2009-2010 season, when Cristiano Ronaldo, Kaká, Benzema and Xabi Alonso arrived.

Madrid accelerated the first two weeks of last month, in which he announced purchases and presented players: Jovic, Mendy, Rodrygo and the massive display of Eden Hazard, with 50,000 people at the Bernabéu. At a lower pace, he also got rid of some staff from an overcrowded squad: he sold Kovacic to Chelsea, Marcos Llorente to Atletico, Raúl de Tomás to Benfica and Theo to Milan; and yielded to Odegaard to the Real Society and to Reguilón to Seville.

The white expedition is preparing to cross the Atlantic after this trail of movements, but without having yet settled the most profound restructuring in years. That May 19 Zidane also referred to Gareth Bale, one of the issues that remain open. The Welshman did not even warm up that day, and Zidane apologized for not having given him the chance to say goodbye to the Bernabéu: "It's true, I have not, I'm sorry. I'm sorry for today's game, which has not had minutes, but I do not know, you do not even know what's going to happen next year. I have to see what I am living in day to day. In the day to day I have to make decisions and when things do not like me or something does not fit me, I have to do things as I see them, and that's it. "

The previous week he had not even summoned him to visit Anoeta: "It's very clear what I've done this weekend. And next we have a match, and then we'll see next year. That's it, "he explained.

"Anyone would give by alluded", said those days from the cupola of the club. But all statements by Bale's agent, Jonathan Barnett, indicated that he did not want to be concerned about the messages. The Welshman, with three more years of contract, will turn 30 on the 16th of July. In Montreal.

Neither they have moved in search of a possible exit, nor the Madrid has received offers, reason why the impressions on their future are changing in the club: "I believe that Bale is going away to be", says a source of the noble zone ; "It's hard to find a better player. The coaches have to deal with the players they have. "

In Canada he will be waiting for another unresolved issue. Keylor Navas (32 years old), who did say goodbye that May 19 at the Bernabéu, kneeling on the grass, arms crossed, while the stands stopped his whistles to cheer him up, traveled directly to the place of concentration from Costa Rica instead to join the expedition in Madrid.

With the goalkeeper of the three Champions, Zidane will have four goalkeepers in Montreal (the Costa Rican, Courtois, Lunin and Luca). Shortly before finishing the course, Navas explained that the goal was going to be for the Belgian, but, despite the intervention of agent Jorge Mendes, it has not yet been possible to find him a team that pays him five million euros a year net of his contract and also pays a transfer to Madrid.

Also pending is the new destination for a transfer of Dani Ceballos, between Tottenham, Arsenal and Milan. And the shopping chapter is not closed either, in which Pogba has not been discarded. The new physical trainer, Gregory Dupont, is waiting for all of them, coming from France, world champion in Russia and replacing Pintus.

"After evil, good comes," Zidane also said the last time he said anything in public; "But we do not have to forget about this season, we have to keep it in mind".

Barça visit Osasuna with the emotional impulse of their comeback cup