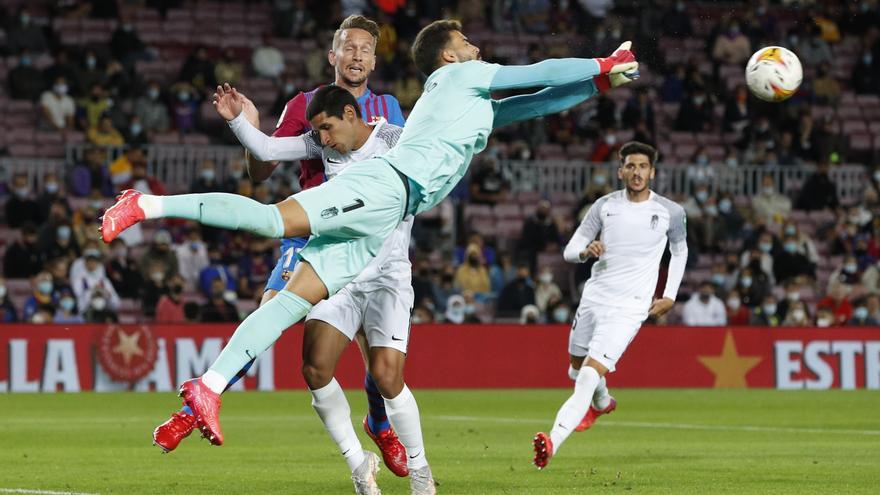 The fifth day of LaLiga Santander left a clear beneficiary, the Real Madrid, who was left alone at the head of the championship after the punctures of all the other teams that remained in the top positions from the table. The victory at the last minute of the Whites at Mestalla, added to the draw between Atlético and Athletic, left Carlo Ancelotti’s men as the only team with 13 points of the 15 that have been put into play so far.

In the lower area of ​​the table, Getafe and Alavés have not yet released their points locker, while Celta adds a single unit, all of them occupying the relegation places to LaLiga SmartBank.

The Choco Lozano and the Pacha Espino gave the Cádiz an important advantage in the final stretch of the first half, and the Vigo team could not come back in the second, despite getting closer on the scoreboard thanks to a goal from Santi Mina.

Franjirroja win in the Madrid derby, against a Getafe that continues to be immersed in a serious game and results crisis. Oscar Trejo from a penalty he advanced to the locals, and already in the second half, Pathé Ciss and newcomer Radamel Falcao they extended the win. Local goalkeeper Dimitrievski saved a penalty. In addition, the azulones lost Jankto due to a serious injury.

No goals in the Wanda Metropolitano between two of the teams that arrived in the high zone of the classification. The reigning champion tried everything, but did not find Unai Simón’s goal, and also ended up with one less player due to the expulsion of Joao Félix for protesting the referee.

Another of the regional duels of the day ended in a draw. A Lucas Perez enrachado overtook the Elche team and Morales put the equalizer in the second half. Levante has still not won any game so far in the league, but both teams have a cushion on the relegation zone for the moment.

Another bad game of the babazorro team, which has five defeats in as many games of the championship. Those of Calleja were inoperative before a solvent Osasuna in which they scored David García and Roberto Torres, the latter from a penalty.

A new goalless draw in the duel in which the Balearics premiered the ‘Asian time’ at 2:00 p.m., in which they will play many times this season to take advantage of the commercial potential of their signings Take Kubo and Kang-in Lee. The submarine was weighed by the effort made in the Champions League and did not find the local goal.

New equalized between two of the teams in the upper area of ​​the table, with Bond stopping a penalty to Oyarzabal as the most outstanding action of the meeting. Both teams had just made their debut in European competition a few days before.

Exciting match at Benito Villamarín. Aleix Vidal He overtook the parakeet team, but before the break Pedrosa in own door and Fekir they turned the scoreboard. After the expulsion of Pezzella in the second half, and with Espanyol overturned, Cabrera put the tie on the scoreboard in injury time.

A new ‘miracle’ for Ancelotti’s team, who came back in the final minutes to remain leader of the championship. The Valencians had gone ahead thanks to a goal from ex-Madrid player Hugo Duro, but Real Madrid turned the score around when time was dying thanks to Vinicius and Benzema.

The Catalans are still immersed in a serious game and results crisis and could not go beyond the draw against a combative Granada who went ahead with a goal from Sundays Duarte in the initial minutes. The second half was clearly dominated by culé, but the goal did not arrive until almost the end, thanks to Araujo.