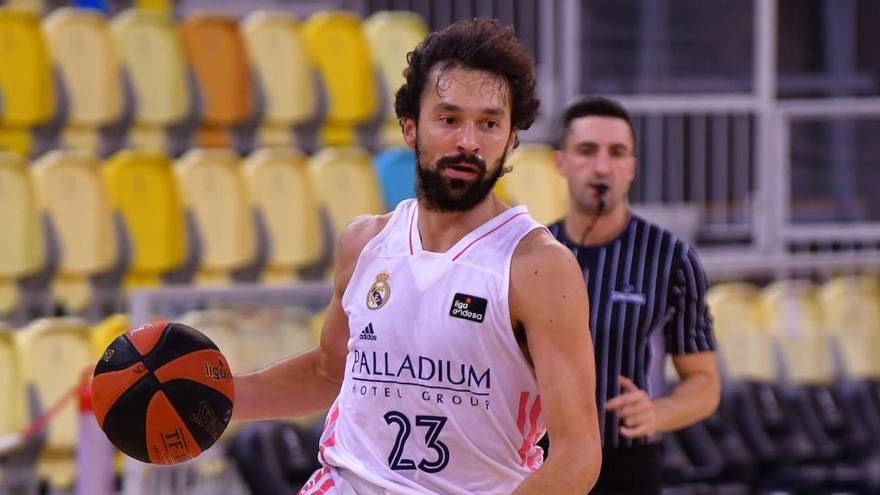 He Real Madrid fell (78-70) this Friday in his visit to Armani Milan on the fourth day of the Euroleague, where the white box accumulate a negative 1-3 in the table because of an ex like Sergio Rodriguez, protagonist of the clash of contenders for the title.

Ettore Messina’s men gave away the first half but in the second the batteries were put to annul their rival. Madrid, who came from adding their only victory this week against a depleted Khimki due to the coronavirus, he yielded in the first serious test of a course that is not going well for the most successful team on the continent.

Sergio Rodríguez (25 points and 7 assists) dynamited the match in favor of the locals, well supported by Shields (19), one of the many new weapons of the Italians. Despite leading by 14 in the second quarter, Pablo Laso’s men collapsed after the break and they yielded in the last minutes of equality.

The Spanish team landed in Milan with a lot of outside gunpowder, to get to command (24-38) in the first half. With three triples from Abalde and another two from Thompkins, Madrid marked the first differences, with a young starting five although Laso did not take long to rotate. The Italians hadn’t even landed in their own home when they lost Delaney to injury after five minutes.

One less star for a reinforced team to win the title, although the leader is still ‘Chacho’. The Spanish guard teamed up with Tarczewski as a local solution to a poor score. It was not enough reaction for Messina, to fit the maximum of those 14 points with Llull’s white contribution. Milan did not get or try three until a morale blow from ‘Chacho’.

The former Madrid player made the only triple for his team in the first half on the horn and with Tavares on top. Once down, Milan entered the second half but with another moral and attitude that changed the game’s script. Madrid got stuck in attack before a better local defense, with 13 points suffered in the third quarter.

The large Italian squad began to appear with Shields, while Laso’s looked for Llull, as on Wednesday against Khimki, but this time without success on ’23’. Two triples in a row by Sergio Rodríguez confirmed the change of third and they gave the first income of the match to the locals entering the decisive stage. Abalde had to sit injured and Madrid lacked resources at times, without a good day from Campazzo or Rudy Fernández. Another quality reinforcement like Datome allowed Milan to open a gap at the beginning of the last quarter (66-57). Against the ropes, Madrid appeared with a triple by Thompkins and another by ‘Facu’ after theft (66-60) accepting the pulse five minutes from the end.In that important section Garuba again fought under hoops, owner of the rebound with 11, and in Milan, after a while on the bench, ‘Chacho’ returned to the park. The Tenerife-born again moved his team to find the shooters who responded to those two white triples, with Shields and Moraschini clasping the local victory (74-67) that ‘Chacho’ himself signed for 3-1 in the table and Allow Milan to beat Madrid 15 games later Technical sheet Result: Armani Milan, 78 – Real Madrid, 70 (31-42, half time) Armani Milan: Delaney (2), Shields (19), Moraschini (7), Leday (-) and Hines (4) –initial quintet–; Datome (9), Roll (4), Sergio Rodríguez (25), Tarczewski (8) and Brooks (-). Real Madrid: Alocén (2), Abalde (14), Deck (2), Garuba (2) and Tavares (6) –initial quintet–; Campazzo (5), Llull (8), Thompkins (15), Laprovittola (7), Rudy Fernández (-), Taylor (9), Partials: 10-19, 21-23, 23-13, 24-15. : Javor, Vyklicky and Kowalski. Eliminated for fouls Campazzo. Pavilion: Mediolanum Forum.

The Tenerifean moved his team again to find the shooters who responded to those two triple targets,

Colombian Fernando Gaviria leaves the Giro after being reinfected with coronavirus

The Metropole, headquarters of the memory of the centenary of the Spanish Federation