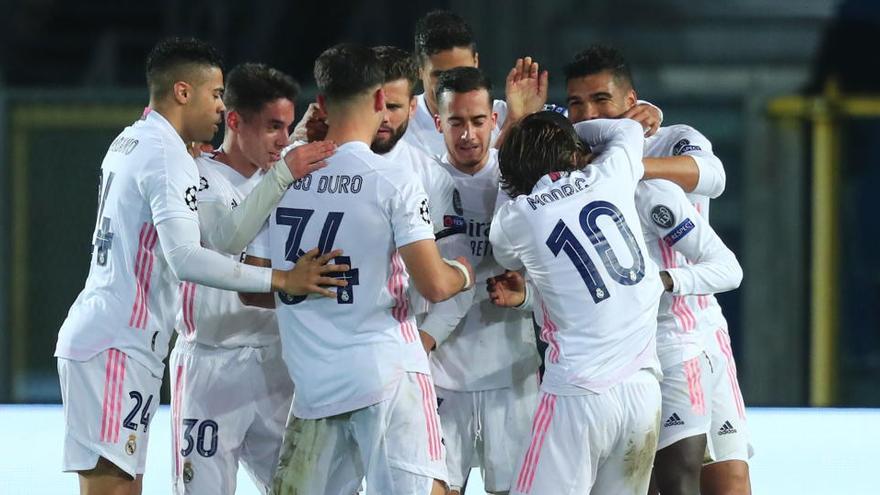 After an immaculate February, with full of triumphs that put him fully in the fight for LaLiga Santander and gives him an advantage against Atalanta in the round of 16 of the Champions League, the Real Madrid faces a demanding test before the Real society, before the decisive derby against the leader in the Wanda Metropolitano.

The moment of greatest firmness of the Zinedine Zidane It came when adversity grew the most. With only first team players to form an eleven, found the commitment to overcome the moment of crisis based on triumphs. Up to five in a row, four of them in the league to reduce distances with Atlético de Madrid and make Diego Simeone’s men feel pressure before the derby.

Zidane partially relieves his plague of casualties for a great duel against Real Sociedad. From nine absences he goes on to suffer five. Important, yes, because of the names. Without the leadership of Sergio Ramos, the character of Dani Carvajal, the game of Belgian Eden Hazard or his offensive reference, the French Karim Benzema. Four indisputable plus the Brazilian Militao as a replacement option, they are still low weight for a Real Madrid that found the defensive balance that propelled him to the title in the last League.

He has not conceded a goal in the last three days. A total of four games if he adds the European victory against Atalanta. With hardly conceding shots on goal to the rivals and with Thibaut Courtois stellar when he had to intervene. The Belgian adds 403 minutes, 313 in the domestic competition, without receiving a goal since Huesca did it in the game of a comeback that ended up becoming a turning point.

Zidane recovers at the moment a lung for the center of the field like the Uruguayan Fede Valverde, to the Brazilians Marcelo and Rodrygo and to Álvaro Odriozola. They have just completed all two training sessions with the group, which makes any of their starting innings difficult after their injuries. It is expected that the Madrid coach after surprising in Bergamo with Isco Alarcón, will bet again to play with a reference 9 betting on Mariano.

The Real Sociedad, who will go to Valdebebas without Mikel Merino or Asier Illarramendi, does so with the purpose of complicating his life to a Real Madrid that thinks about the key of the title, while the San Sebastian team seek to consolidate their fifth European position and confirm the progression pointed out in recent days.

The players trained by Imanol Alguacil arrive, with three wins and a draw in the last four games competition, at a good time to surprise the whites again, as they did in the last edition of the Copa del Rey at the Santiago Bernabéu with a 3-4 that will remain as one of the most vibrant matches they have played with the Gipuzkoan technician.

It has been one of the few positive results that the Basques have obtained against Zidane’s team, which has won 7 of the 10 matches against Real Sociedad, but the worst results have come in the last two years. Alguacil has been thinking for a long time. In this meeting, in fact he gave rest in the last commitment to some of his best players, such as former Madrid player Asier Illarramendi, who is left out due to muscle discomfort, David Silva who did not travel to Manchester or Nacho Monreal who was a substitute.

Also discounted the presence of Aritz Elustondo and Joseba Zaldua, Andoni Gorosabel will have to continue punishing the legs on the side because he has no replacement, although at least the Real recovers Robin Le Normand, absent in Europe and who will enter with Zubeldia in the axis of the rear. The other casualty is of many carats since it is Mikel Merino, in his best season, and the Real hardly know how to play without the excellent Navarrese footballer who does not lose a game, except this one due to the accumulation of cards that will leave a difficult void to replace. The Guevara-Zubimendi couple or also Guridi can fill the gaps in the center of the field.

The key: the punch in the pulse of two teams in good dynamics.

– Zidane: “We are better but now we have to continue because we have not won anything”

– Bailiff: “Real Madrid is playing very well, with a lot of balance. So far they have solved the casualties very well”

The environment: Real Madrid arrives launched in their morale after overcoming the plague of casualties and Real Sociedad with the intention of getting up from the European elimination against Manchester United.