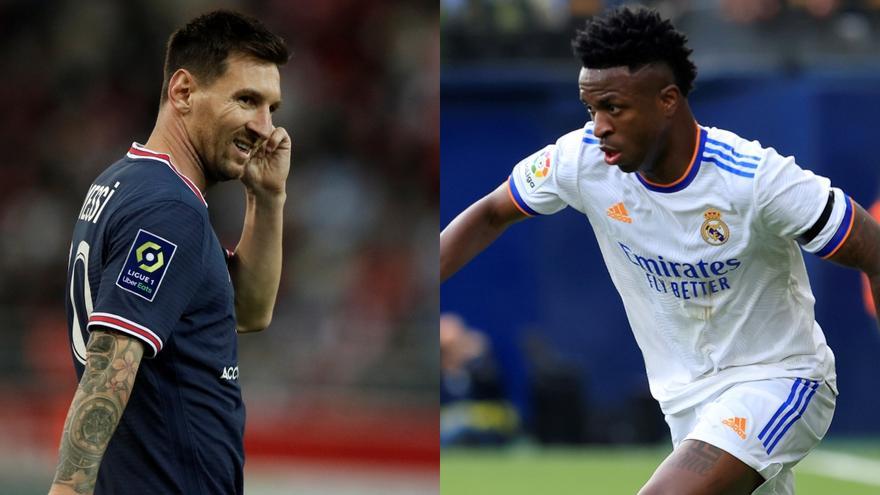 A block against a template. A team against a constellation of stars. The Real Madrid tomorrow challenges what everyone considers the payroll of the moment, led by Kylian Mbappe Y Leo Messithe future of football and the player who has scored in recent decades, respectively.

In front of them, the scheme of Carlo Ancelotti, who knows Paris well and who travels with all his reputation and his trophy room, pending the man who is shining with his own light, Karim Benzemawho arrives right at the duel but who will be, at least on the bench.

Fate was capricious and the repetition of the draw changed the direction of Madrid in the Champions League. From facing a tie with a theoretically lower demand, against Benfica, he went on to one of the stellar duels in European football.

PSG will be the best thermometer to determine if Real Madrid is ready to fight again for the reign of Europe or must still settle for winning the Spanish League again.

With that objective, to mark a new era in the 'Champions', he will seek a leap in quality to his project next season with the figure of Mbappé as the new leader.

The eyes will be on Mbappé, that his future could be close to the white team. EP

Until then, with priority given to the construction of the new Bernabéu, the Madrid team faces challenges that will show them if they have a roof over their heads. Last year was the semi-final against Chelsea and with the arrival of Carlo Ancelotti He has found the regularity in the League to aspire to make a leap in the Champions League. He finished as group leader and the draw paired him with the rival he did not want.

The Italian coach arrives at the appointment with his gala team. Pending until the last second of the sensations of his great reference, Benzema, recovered against the clock from his muscle ailment in the left hamstring.

With the footballer's desire to play and the responsibility of the coach, who balances the need and the risk of a relapse that would make him lose an essential player. Without him just one goal in the last three games and the first elimination of a title, the Copa del Rey.

Everything points to the presence of Benzema in the Parc des Princes. Plan B presents a good number of variants where to choose for 'Carletto'. From his last bet, recovering the Welshman Gareth Bale 168 days later, to the figure of 'false nine' with Isco, going through two pure center forwards like Luka Jovic or Mariano Díaz in whom he has not shown too much confidence to bet on them in one of the games of the season.

Another important element, the French Ferland Mendy, is recovered to return to occupy the left side and increase the defensive strength of Real Madrid in Paris. Only one goal conceded in three games and the security shown by Thibaut Courtois transmit firmness before the appointment.

The problem of the irregularity in which Ancelotti's team has entered in 2022, 8 points out of 15 possible in the League and eliminated from the Cup, lies in its lack of punch.

On the French side all forces are ready, although Neymarthe most expensive player in history, whose influence seems diluted this season, has just overcome two and a half months of absence, so everything indicates that he will start on the bench.

The only casualty among Mauricio Pochettino's men is Sergio Ramosthe historic Madrid captain, exiled in Paris and persecuted by injuries that are leaving him aside in his new adventure.

The team, which cannot find its football, remains based on results, almost all achieved thanks to the contribution of Mbappé, who meanwhile does not clarify his future, which many place in Madrid.

Waiting for Messi to recover his best versionPSG have managed to strengthen their game, with an impressive Verratti and a defense that has only conceded 2 goals in the 7 matches of 2022.

Pochettino recovers the Senegalese Idrissa Gueye and Abdou Diallo, recent African champions, and also the Argentines Ángel di María and Leandro Paredes, who were experiencing physical problems, as well as the Spanish Ander Herrera, who is available to the coach.

The tie seems crucial for PSG, who have all their hopes pinned on the Champions League, which they want to win before the foreseeable departure of Mbappé.

In Paris he won his only precedent in the round of 16, the only victory in the Parc des Princes (1-2 with goals from Cristiano Ronaldo and Casemiro), but he has notices like his last visit in the 2019 group stage, a resounding 3-0 without shooting at the rival goal.

The only time that both teams met in this round, Real Madrid was European champion and entered history by winning the third consecutive 'Champions'.