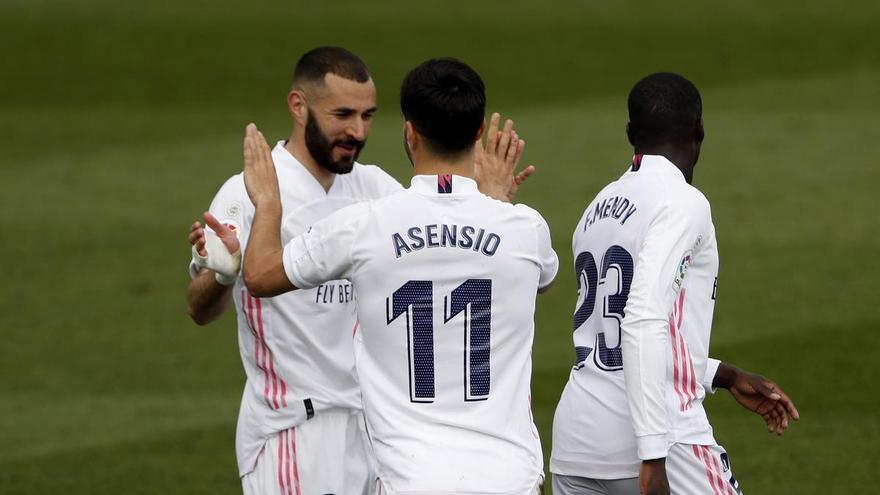 Real Madrid and Liverpool star in a duel of giants, the one that faces the winners of 19 European Cups with a pending rematch, that of the final in Kiev that closed a legendary white cycle with Zinedine Zidane, who seeks to return his team to the top with a squad of inferior quality.

It is the most difficult challenge for Zidane. To put Real Madrid back in a privileged place with a team lacking in great offensive references since he left Cristiano Ronaldo after the last precedent against Liverpool. That end full of vertigo of the Champions League 2017/18, made the Madrid team the only team to win three consecutive editions since the change in format. He stopped Liverpool from reaching the top for a year Jurgen Klopp, which months later would end up achieving its sixth wound.

Specialist Zidane in European qualifiers, after winning twelve in a row (nine crosses and three finals), the victory against Atalanta in the round of 16 allowed Real Madrid to overcome a round of the Champions League two years and eleven months to return to be among the eight best teams in Europe. Overcome the eighth barrier in which they ran aground for two years, Liverpool appears as a great obstacle in their way, with a hypothetical semifinal of less demand, on paper, against Porto or Chelsea.

But nobody at Real Madrid looks beyond Liverpool. An appointment to which he arrives at the moment of greatest confidence in a season full of ups and downs, in which on more than one occasion his options in the League were buried and ‘Champions‘, and is currently only three points behind the league leadership and is the only Spanish representative in the most prestigious club competition.

A streak of eleven games without losing, the sweet moment of Thibaut Courtois, the performance of Nacho linking eleven titles settled as the substitute of Sergio Ramos, a center of the field difficult to match for any candidate for the title and that is history formed by Casemiro, Luka Modric and Toni Kroos, the take off of Marco Asensio and the record punch of Karim Benzema with nine goals in his last seven games. Are the arguments for madridista hope in a decisive week with a classic in between.

Zidane’s casualties affect the defensive line and that is why he took a tactical turn with the introduction of three centrals. From test to reality. Formula to protect themselves in big games and make up for the absences of Dani Carvajal and Sergio Ramos. With the physique of Lucas Vázquez and Ferland Mendy on the wings, which is emerging again in the left lane despite Marcelo’s improvement, with the return of Varane to the center of the rear. With Fede Valverde recently recovered from a muscle injury and the absence of Eden Hazard while improving his physique, the doubt to clear in attack between Vinicius, Rodrygo and Asensio, points to the fact that he will fall on the side of the Spanish after responding with character to the substitution. Three games scoring have given Real Madrid the goal that was missing beyond the one provided by Benzema.

They were all bad faces in Liverpool until this Saturday, but the victory against Arsenal by a resounding 0-3 has lifted the spirits of the team. Of being squandered in the premier, with almost no chance of breaking into the top four, they are now just two points away. Oddly enough, the win marks his best moment of the season. Not so much because of the level of play displayed, which continues to leave some gaps, but because Jürgen Klopp finally knows who his starting team is.

After months racking his brains on which centrals can supply Virgil Van Dijk and Joel Matip with guarantees, the German has finally hit the mark. Ozan Kabak and Nathaniel Phillips will be chosen to command the defense ‘Red’ this Tuesday. The Turk, arrived in the winter market, has settled in the eleven despite a hesitant debut, in which even his teammates avoided giving him the ball. In recent games he has regained his confidence and alongside Phillips, powerful in the passing game, he has caused Klopp to stop experimenting with out-of-position players.

They will be well flanked by Andy Robertson on the left and Trent Alexander-Arnold on the right. The Scotsman is fireproof, while the Englishman arrives full after giving an assist against Arsenal. The formula of the two centrals has allowed Fabinho, an emergency defender between October and March, to have been able to return to the center of the field, providing strength and force for Thiago Alcántara to shine again. Klopp gave minutes to James Milner against Arsenal, but the third piece of that medium will be the Dutchman Giorginio Wijnaldum.

Above there will be two indisputable like Mohamed salah (18 goals in the Premier) and Sadio mané, and the third in contention is the great doubt of Klopp. Roberto Firmino He is their best partner, the one who best combines them, but he comes out of injury and was not especially brilliant in the last game. The other possibility is Diogo Jota, Klopp’s ace up his sleeve. Injured for a good part of the season, he has been one of the most positive for Liverpool this year and his strength as a shock is a guarantee. He scored three goals in the international window with Portugal and two against Arsenal. Their role can be fundamental for the future of the tie.