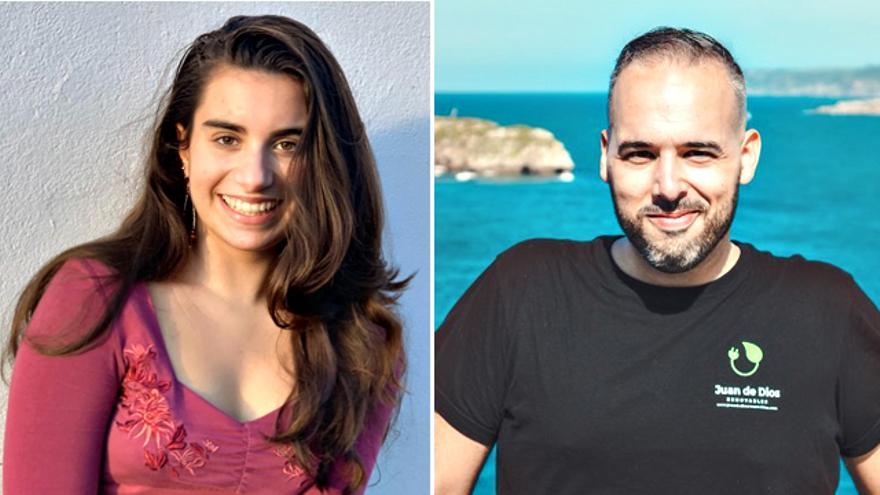 With the months of confinement, the popularity of movements promoting healthier lifestyles increased: they ate more healthy foods, they opted more for exercise – indoors – and people invested more time in the kitchen. The use of new technologies and social networks also increased, where healthy food accounts spread advice and recipes to incorporate them into our diet in the first stage of the pandemic. A worry, a priori, positive, which has ended up favoring some eating disorders and anxiety.

“The so-called royal food [real food en inglés] puts a moral value on food and holds the person responsible in order to blame them and make them feel bad for what they eat. “Isabel speaks, who is 22 years old and began to follow this lifestyle since her birth in Spain. The young man knows first-hand what the pressure to eat healthy means, since he has been with eating disorders and disorders (eating disorders).

The ‘real food’ movement in Spain is a phenomenon, especially in the virtual world of social media. Its objective, in principle, is to disseminate information on the importance of eliminating ultra-processed foods from the diet. They are indications similar to the ones you do World Health Organization. “The problem is that the message reaches so many people that there may be some vulnerable person who develops an eating disorder,” explains nutritionist and disseminator Belén Serrano.

Like Isabel, Fran Gómez, 30, also began to follow these types of nutrition accounts: “I became obsessed with reading labels and calories. But, having this obsession with food, I felt bad and did not lose weight”, relates. In her case, the problems with self-image began at school, something that left its mark on her because “the insult at that time hurts more and is magnified.”

Belén Serrano warns about the demonization of certain foods. “All foods fit into a healthy diet, as long as there is a good relationship with the food and an adequate distribution of food. If you forbid some foods, the desire to consume them will increase. We cannot associate a food with a poison, by far that is not healthy “, assures the nutritionist.

For Claudia Pradas, psychologist and disseminator on social networks, the ‘real food’ movements do not intend to generate psychological discomfort, but there is “a bad practice” in spreading the message, since “there are people who are vulnerable to rushing catastrophic and that relapses into TCA if he has previous problems “. For the psychologist, these types of activities should be done from “a non-punishing point of view” to achieve a “kinder and more compassionate” relationship with food.

At the beginning of the COVID-19 pandemic, eating problems worsened for some people. Not only because of the stress that was already generated by confinement, but also by self-imposed guilt for not eating healthy or doing sports. “It seemed that getting fat was the worst thing that could happen to you in the pandemic, when our body is dynamic and we have to accept that it changes and that that does not define us,” says Belén Serrano.

At this stage the feeling of not being able to control the epidemiological situation also influenced: “Many people with ED have a control component, and are related to traumatic aspects or emotional lack of control. If I feel that I have a certain lack of control in my life, as happened with the pandemic, I go to what I can control, which is food. There are people who did not know how to regulate themselves emotionally and tended to become obsessed with self-image, food or exercise, “explains Pradas.

All this negative relationship with food can lead not only to anorexia or bulimia, but also a disorder known as orthorexia, “the pathological and irrational obsession with healthy eating and quality food “. In this sense, “anorexia and bulimia are the two most recognized disorders, while orthorexia and vigorexia are the ‘new EDs’, arising from the current context,” explains nutritionist Serrano, who considers that society “rewards” people for losing weight, although it is not known “where it comes from” that weight loss.

Isabel also felt that validation when she lost weight: “From being a girl geek I became a popular girl, so that habit of losing weight was reinforced. “The young woman began to” feel integrated “, so when she was told at the health center that she had to gain weight again, she thought that no one was going to wanting and got into “a loop of restricting food, binge eating and vomiting for years.” Now he’s on the mend, but has a hard time feeling like he’s “doing right.” “Diet culture tells me I can’t eat that – certain foods – and being healthy, it is very difficult to deny that in my inner heart “, he assures.

Both the nutritionist Belén Serrano and the psychologist Claudia Pradas agree that physical health should be taken into account, but also mental health, and that the message of these movements should not leave room for misinterpretations or extremisms: “It is not a dogma “, points out Pradas, who wonders what it is really to be healthy, since” it is not only the absence of physiological discomfort, but also mental “.

Both agree that these accounts must be careful not to spread extreme ideas due to their great influence and weight in networks, since for people who already suffer or have gone through problems in their relationship with food, as is the case From Fran and Isabel, certain messages can be harmful: “I believed that if I left sugar, processed and started eating clean, my life would be solved and I could be happy and healthy, but that has nothing to do with it,” says Isabel .

For Fran, it is not all the fault of the ‘royal food’ movement, although she considers it to be “a bit extreme.” “They tell you that you don’t know what you’re getting into your body” by drinking certain sugary drinks. The young man finally managed to reconcile himself with food by going to a nutritionist, something he should have “done a long time ago.”