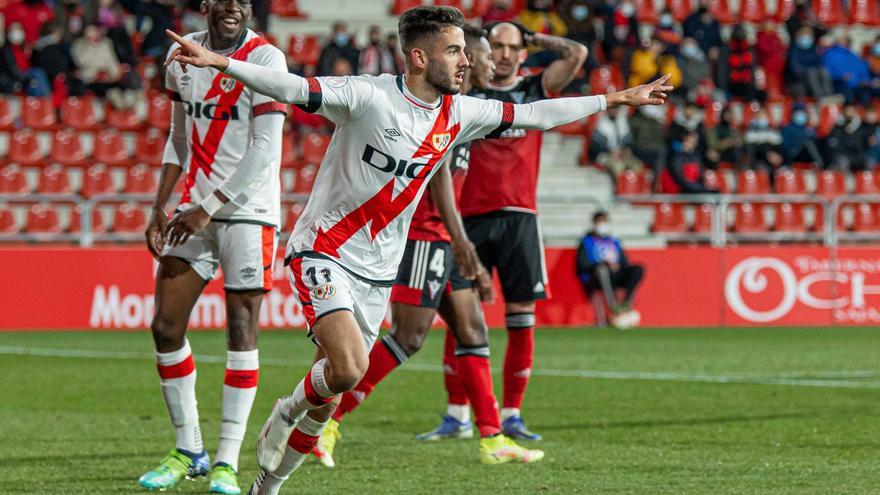 From the start of the duel the Lightning generated dangerous plays, carrying in turn the weight of possession and making Ramón Juan work despite the five-player defense designed by Lolo Escobar.

Nteka had the clearer chance of the first half, after a good triangulation by the Vallecanos, but the French forgave what could have been the first goal of the match.

The first one from Mirandés took almost half an hour to arrive and was Hassan's work. It served for the local team to stabilize in the game, without generating chances but also without suffering much.

In the final stretch of the first half, Lightning regained the party's baton, but without finding a way to beat Ramón Juan's goal.

The second part began with a scare for Mirandés, but in this case in the form of injury, as Gelabert slipped on Anduva's wet grass and was unable to continue with a knee problem.

Marqués was about to score the first for the locals after a Hassan cross that crashed into the crossbar and shortly after Capellini he scored after a corner kick, but the referee canceled the goal.

When the Mirandés was playing better, both Andoni Iraola's team arrived, after a triangulation from the inside and a center from the left that Andrés Martín finished off the mark.

The locals did not throw in the towel and, with the entrance of Brugué, Luca zidane had to save his team twice from two shots from the local player.

Roro Riquelme, with a shot at a squad, He was able to surprise the Rayo goalkeeper, who returned to save his team against an opponent who sought a tie with their heart.

A job that he also did during the seven minutes of added time, with a Ray that shortened balls until the final 0-1 that gave him the pass to the next round.

Referee: Munuera Montero (Andalusian committee). He admonished Olguín (min 82) and Arroyo (min 87) for the local team, and for the visitor to Andrés Martín (min 73). He expelled Iago López with a direct red (min 96).

Incidents: Match corresponding to the round of 32 of the Copa del Rey played at the Anduva Stadium before 1,411 spectators.