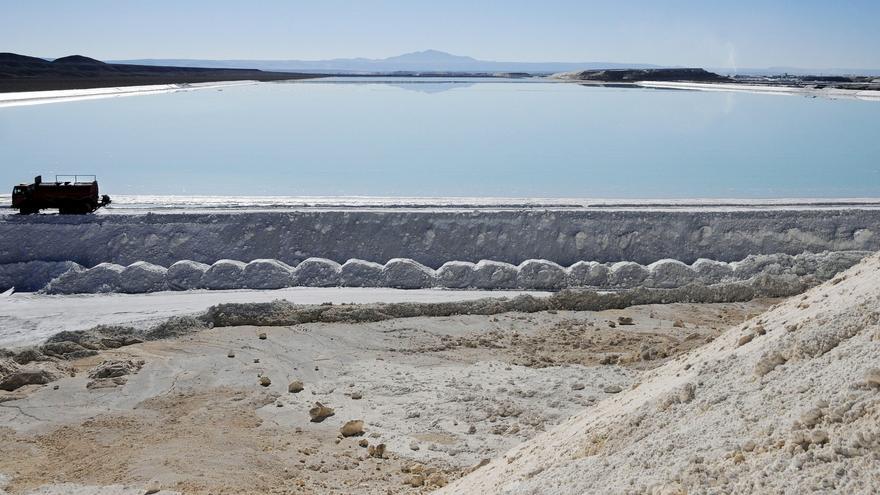 Year of goods. The past was a very profitable year for the raw materials business. Despite the fact that the common denominator in all of them in 2021 was the high volatility in their prices, the revaluation was generalized and directed their prices towards the highest dimension of the roller coaster in which their markets were installed.

The situation also helped raw materials gain momentum. The Great Pandemic led to the launching of economic and monetary stimuli with which the recovery was restored and productive chains were resumed and industries were readjusted. In this context, raw materials woke up from their state of commercial deflation, they explain in the area of commodities of Goldman Sachs when valuing its bull run of 2021. This clip of fiscal aid with interest rates close to zero generated an investment climate that, on Wall Street, came to rival the meteoric rises of the seventies or the boom in demand from China in the first decade of this century.

In fact, the market, anticipates this American investment bank, believes in a super-cycle of raw materials like the one that raised the world economic elite to the BRIC (Brazil, Russia, India and China) at the turn of the century. With the commercial and logistical bottlenecks increasing the potential of profits and driving up their prices until setting up an inflationary scenario unheard of in almost four decades. Particularly, the raw materials associated with energy, which have known how to give commercial fuel to the growing demand and the obstructions in supply that have arisen after the take-off of the post-Covid business cycle.

Suffice it to remember that 2020, the year of the Great Pandemic, will not only go down in economic history for registering the first global synchronized recession in times of peace, but also because the price of black gold entered negative territory. An unprecedented event that, a year and a half later, has spawned a super-cycle of high returns. To a large extent, due to the unpredictable levels of self-control generated within OPEC +, an organization that has not been a transparent club in its deliberations on the intensity of its productive spigots, nor has its partners boasted of compliance with the agreed quotas. to supply to the market.

Tom Kloza, president of the American Oil Price Information Service (OPIS), described it eloquently on the microphones of CNBC: “OPEC+ has traditionally been as disciplined as [el actor] Charlie Sheen with the drink or, in the last year, as much as the gymnasts before the Olympic event in Tokyo 2021 ”. Alluding to the constant and incessant price war that the oil cartel has declared in its half century of existence.

Oil illustrates, once again, the power and influence of raw materials. From a quote on Red numbers has gone on to exceed 80 dollars per barrel and even flirt with triple digits, a price that not a few analysts believe will be reached in 2022. Because, in fact, Brent, a reference in Europe, has just exceeded 88 dollars, the highest level since 2014.

Oil continues to be the tenth of the raw materials that appreciated the most in 2021, a year that leaves ample evidence, in addition, of the market battle between commodities of the Old and the New Economy. In descending order, these are the raw materials that increased their prices the most, compiled by OilPrice.com, portal for information and analysis of energy markets.

1.- Lithium. Level of greatest annual increase: 477%. Price as of December 31, 2021: $42,256 per ton. The clearest button shows that the transition to electric vehicles is a reality. It is the essential metal for batteries and automatic driving. In 2020, sales of electric vehicles have already increased by 39%, to 3.1 million units, despite the double crisis, economic and health. In 2021, according to estimates from Bloomberg New Energy, could have exceeded 5.6 million, which represents an increase of 83% in year-on-year terms and 168% above those registered in 2019.

Last year, Mining.com launched its EV Battery Metals Index, a data tool that monitors the value of lithium, cobalt or nickel, metal elements essential to the automotive industry of the future, combining both the price of ore at its point of origin such as that paid for in the assembly of the battery in the vehicle, after passing through the value chain. The result is that, from May 2020 to the end of 2021, this barometer has quadrupled the cost of this material. The average outlay for lithium used by an electric vehicle became 20% more expensive, while its raw material, delivered at the factory, did so by 196%.

Albemarle Corp. -Chile's second largest producer of lithium- warned at the beginning of the epidemic of the productive disruption of this material, but Eric Norris, its chief of operations, has just confirmed that its corporate profits have doubled since then. The world leader, the Chinese Jiangxi Ganfeng Lithium, with a market capitalization of 19,000 million dollars, anticipates that its upward trend will continue in the future to meet the high global demand for electric vehicles, which has automotive brands such as Tesla among its clients. or BMWs.

Eurasia Review analysts predict metal production increases for the automotive industry in the next two decades, in the heat of net zero CO2 emissions policies, for an additional market value of 13 billion dollars, almost the size of the Chinese GDP.

2.- Ethanol. Level of greatest annual increase: 125%. Price as of December 30, 2021: $3 per gallon (3.78 liters). The firm IndexBox, based on data from the US Department of Energy, specifies a maximum annual jump in its price from 1.4 to 3.2 dollars that it marked in November. It is an essential raw material for the production of alcoholic beverages that has also received a strong demand for the production of biofuels. In the first eight months of last year alone, 3.7 million barrels of ethanol were produced in the US, almost 3.9 million in all of 2020 and also close to 4 million in 2019. The drop in corn prices has favored this boom which, however, does not have such a clear future. Factories of the petrochemical company LyondellBasell have closed at the end of 2021 due to competition from synthetic ethanol, despite the fact that, in the US, the White House intends to continue subsidizing the bioethanol market.

3.- Coal. Level of greatest annual increase: 111%. Price as of December 30, 2021: $170.1 per ton. The energy crisis caused by the production bottleneck of gas and geopolitical tensions have colluded in Europe and other parts of the world to boost this highly polluting fossil fuel. Numerous thermal power plants were activated again. The International Energy Agency pointed out that coal consumption is expected to grow by 4.5% in 2021, exceeding the levels of 2019, with the consequent increase in emissions; by 7%, according to the EIA. The market predicts a 2022 “with old songs to dance to”, but without benefits beyond this exercise.

Brussels lowers growth to 4% for Spain in 2022, but remains at the head of the EU