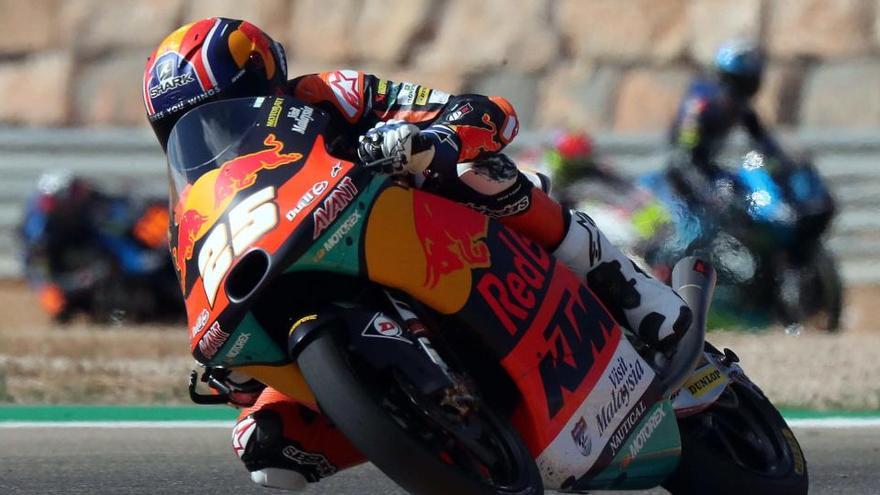 The Spanish rider Raúl Fernández (KTM) He has taken pole for the Moto3 race of the Teruel Grand Prix, ahead of Italians Tony Arbolino (Honda) and Celestino Vietti (KTM), while World Championship leader Albert Arenas (KTM) will start fifth.

In this way, the Madrilenian is awarded the fifth first position at the start of the course and the second consecutive, after being the fastest in the classification of the Aragon Grand Prix, contested just seven days ago at MotorLand Aragón.

Fernández, ‘poleman’ a week ago on the same stage and third in the race, dealt well with the wind that hit the Alcañiz circuit again to establish the first benchmark time of the session, in which he was in front for the 15 minutes.

In it they will accompany you Tony Arbolino, who was returning to the World Cup after being quarantined due to having contact with a positive for coronavirus, and his compatriot Celestino Vietti, second and third in classification, respectively.

For its part, Albert Arenas (KTM), seventh last Sunday, will start fifth in search of endorsing his first position of the general against the Japanese Ai Ogura (Honda), who will start tenth. Currently, the Catalan is 13 points ahead of the Japanese rider.