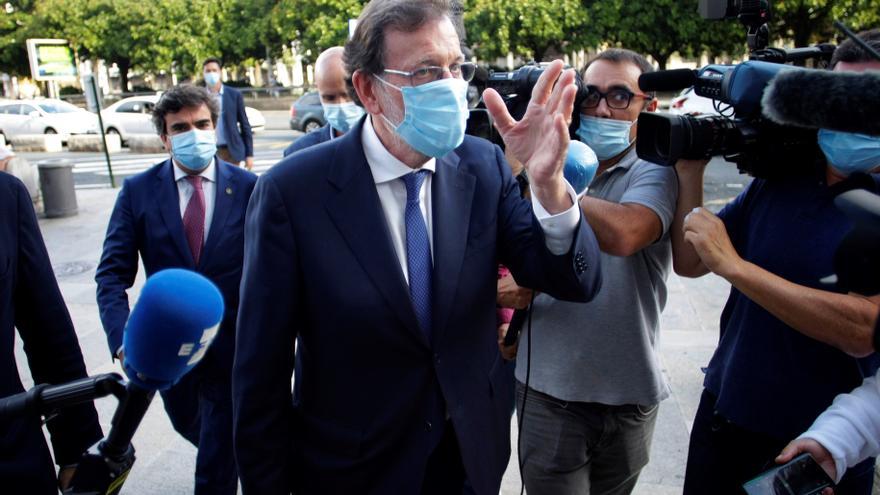 The summary of Operation Kitchen contains several recordings seized from Commissioner Villarejo in which he speaks of the then Prime Minister, Mariano Rajoy, with other alleged members of the plot. In one of them, he tells the lawyer Javier Iglesias that he had contacted Rodrigo Rato and that he had confessed to the collection of envelopes with black money and that Mariano Rajoy also participated in this.

The audio is dated February 19, 2017. This is the transcription made by the Internal Affairs Unit in a summary report, to which elDiario.es has had access:

Villarejo: “Well, look, I spoke with Rato because they ordered me to, but the same as I know that they and Rato have spoken to everyone they have sent, that they have been part, that he has verified that he was on the side of such He said, “Okay, so, but in the same row where we stabbed the envelopes, Barbas was in front”.

In the analysis of Internal Affairs, the Asturian and Barbas are linked with names referring to Rajoy. “He (Francisco Martínez) gave all the news to the Asturian, who sometimes at night he and Paco (Mtnez) spoke about the Cook (the driver Sergio Ríos, an infiltrated mole) and he told him that the Asturian asked him what about this, what has and what else, that that was the only thing that worried the Asturian “, collects the report of Internal Affairs as a summary of what both participants speak in the recording.

In the same recording, as reproduced by the Police in their report, Villarejo says that another commissioner, Enrique García Castaño, has obtained in a local of Rosalía Iglesias, Bárcenas’s wife, recordings “of Barbas with Bárcenas”, to which he refers like “very very hard things”. “They have him by the eggs,” he adds.

In other conversations, Villarejo insists that the Secretary of State for Security promptly informed the Prime Minister of the progress of the Espionage Operation against Luis Bárcenas.

Tags: Audio, beards, envelopes, He said, I was going, Little while, Rajoy, row, Villarejo, we lashed

Merkel agrees to raise the salary of German civil servants up to 4.5% in the next two years

The Government analyzes with entities, supervisors and Brussels to extend the terms in the ICO guarantees