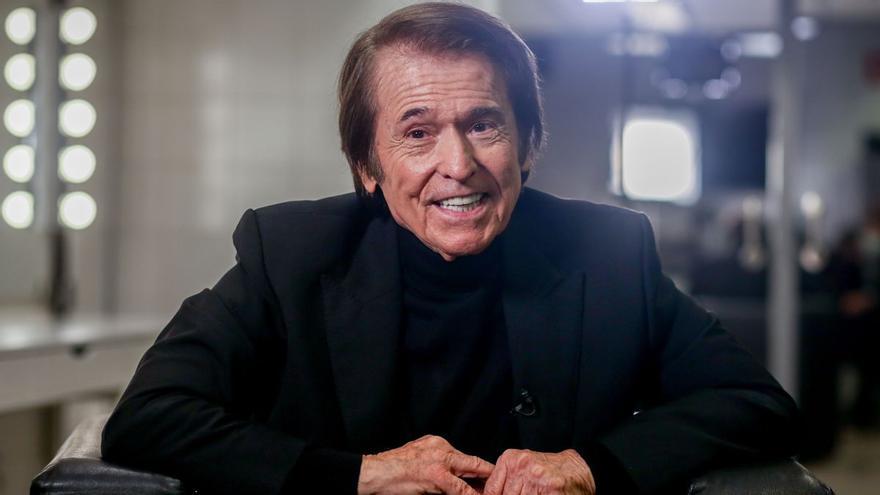 Raphael has released his new double CD ‘Raphael: 6.0 In Concert’ to celebrate his sixty years on stage and confirms his international tour despite the increase in the incidence of coronavirus and the appearance of a new variant: “The people who go to see me are all vaccinated. They are civilized people“, has pointed out.

Likewise, he has ensured that he has received all three doses of the vaccine. “And if there are other times to vaccinate, for me there is no problem”, the singer has said to add that all the people who go with him are vaccinated. “We will be able to do the tour perfectly, and if something happens, it will always be much looser than if it were an unvaccinated person, because this virus with the vaccine becomes a common flu,” he pointed out in an interview with Europa Press.

In this sense, he has acknowledged not understanding the reasons why people do not get vaccinated. “I would talk to them about why you have gone to school, Do not say that nobody sends you, they sent you to study because it is mandatory. Health things should be mandatory because it is not who suffers it but how it is spread. People who comply well with the ordinance are not to blame for having unbalanced people out there, “he says.

The artist, who emphasizes that it is an emergency, not national but global, has sent a message to the unvaccinated: “Be consistent, get vaccinated, it’s not for them, it’s for others.”

“I have spent the pandemic singing”

To Raphael the start of the pandemic caught him in Colombia and his doctor sent him back to Spain. He lived the situation “badly” but he recovered “right away”. And although the first three months were tough, “he managed to record.” “I don’t need anyone but the technician, and I recorded two albums, I have spent a pandemic singing, “he commented.

He has also celebrated his return to the stage on December 19 and 20, 2020, surrounded by controversy for bringing 5,000 people together at the Wizink Center from Madrid. “It was wonderful, and nothing happened, because everyone was well protected. And it was one of the most important nights in history,” he confessed.

In any case, he is inclined to use the mask at all times, as he does “all day, except at home”, a situation that he has compared to that of Japan in the days before the coronavirus. “I have been to Japan a lot, and I was surprised that they wore a mask, it is a sign of education. As long as the world is not calmer and there is so much virus, a mask does not hurt us, it is not a disgrace to wear one face mask“, has reflected.

No message to the Government

Raphael does not want to send any message to government in relation to the situation that the culture in times of pandemic. “They are the first who are terrified that people do not want to be vaccinated, I say. I do not send a message to anyone, people should know what to do, they are supposed to,” he pointed out.

About his 60 years on stage, he has assured that “they feel many things and all good“.” Sixty years is a pretty solid figure. What excites me most of these sixty years in the ‘show business’ are the conditions in which I have arrived. My wishes, rather than triumph, was how long it was going to last and especially how it was going to get there, I would be very sorry if people saw me badly, “he explained.

In this sense, he stressed that from what he sees, and hears, “This is going to take a long time”. “It would have been a very big stick for me to have to leave because I can no longer, because the vocal cords do not work – he confessed -. The day I get up and my throat does not work, that day I would have to say: gentlemen , hang up, it’s over “.

In turn, he commented that if he had to stay alone with something, it would be with his live concerts: “I enjoy recording, the recording process is very niceBut nothing is comparable to the moment you step on the stage, that’s a wonderful adrenaline rush, “he highlighted.

On the other hand, if you had to delete a song because it no longer feels the same or no longer represents you, Raphael has commented that sometimes he “gets tired” of a song and removes it, but after a month he notices that it is missing and he recovers it because “it is part of him.”