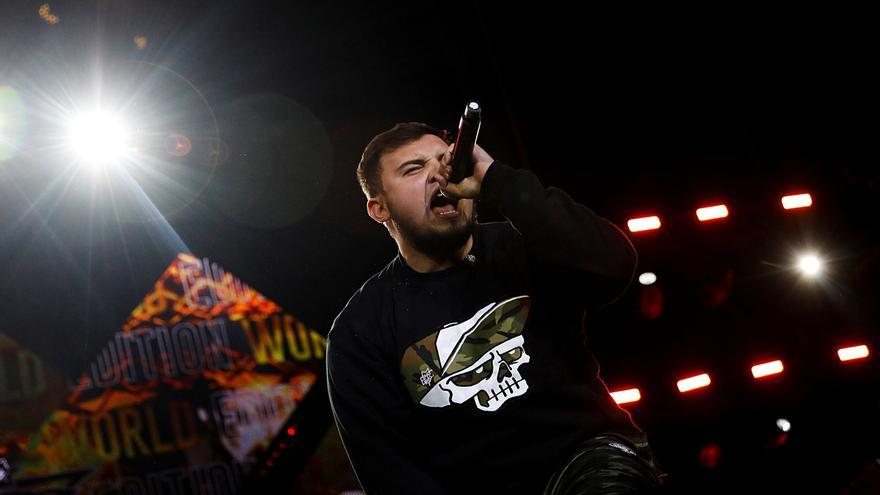 Drafting Culture, Apr 11 (EFE) .- Rapder became champion of the Freestyle Master Series (FMS) Mexico after beating B-One on the last day of the second season and relieved Aczino on the throne of the Aztec rhyme.

Rapder added a new milestone to his unforgettable season by winning the FMS Mexico title after certifying his triumph over B-One. The guadalajarense started as the leader, with 18 points, and a great favorite before the last day thanks to his triumph with a reply against RC in his decisive pending battle.

With the victory of the previous day, Rapder depended exclusively on himself to proclaim himself the winner of the second year of the Mexican freestyle league. The gap in front of his pursuers, RC and Lobo Estepario, allowed him to win the title only by scoring against the bottom, even losing.

However, Rapder demonstrated the reasons that have led him to establish himself as one of the greatest exponents of improvisation in the world and maintained constancy, aggressiveness and ingenuity in each of his bars to overcome without complications the descended B-One.

“This year it has been shown that we can close all possible mouths and that Mexican talent is growing. Respect for my colleagues for the learning they have given me, the judges, and all the people who have always been at the foot of the gun supporting the Mexicans, “declared Rapder on stage at the Pepsi Center WTC upon receiving the Serko Fu trophy.

Thus, Eder Ernesto Lozano Arias is consecrated as the main representative of the Aztec ‘freestyle’ today and continues to build “his own path” and away “from becoming the new Aczino”, as he confessed to Efe at the beginning of the course. Rapder adds a new title to his dream season, in which he already managed to become two-time national champion, international champion of Red Bull and that he could round off with a good role in FMS International.

Together with Rapder, RC, Lobo Estepario and Skiper, they will be in charge of representing Mexico in the next FMS International in which the best classified from each of the leagues organized by Urban Roosters around the world will be measured.

With no option of aspiring to the title, RC directly defeated Lobo Estepario in the fight for silver. The duel was marked by relaxation that allowed both competitors to stand out in less common records on DJ Sonicko’s ‘beats’.

RC closed another course in second position and reaffirming itself as one of the main references on the scene and was awarded the MVP of the ninth day with a total of 270.5 points thanks to the fluidity and originality of his rhymes.

In the decisive duel for access to the World Cup event, Skiper achieved a narrow victory after reply against the competitive Garza and established himself in fourth place.

At the bottom of the table, Jony Beltrán beat Yoiker after an aftershock, but failed to break away from eighth place. ‘San Jony’ would have to play the ‘play-off’ against Ari Carrillo, third-placed in the promotion ranking, to secure his place in the league next season.

“I thought it was mine and Yoiker’s after the replies. I don’t understand how the jurors vote. One told me verbatim that they only scored the ‘punchline’ and I guess that’s why I didn’t win against Rapder and now I don’t know what happened. I don’t know if I will do the ‘play off’, “Beltrán communicated through his official Twitter account after finishing their confrontation.

For his part, Zticma, who started penultimate, was another of the great winners of the night since he prevailed against Power, whom he relegated to relegation, and certified his presence in FMS next year.

The promoted Dante and the Venezuelan Lancer Lirical will take their places next season.

The Government of the Canary Islands acquires 29 works by Pepe Dámaso for 221,500 euros