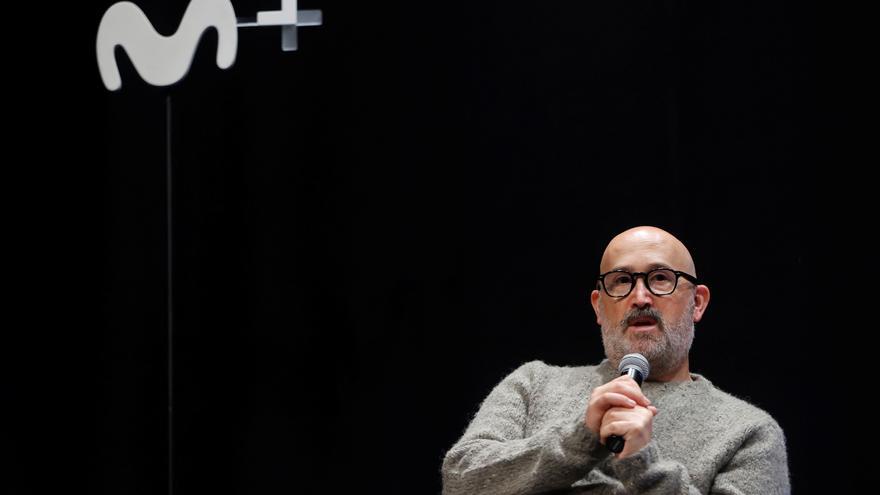 The architects of the success of ‘Hierro’ are behind ‘Rapa’ and now they play at home. The Galician production company Portocabo once again aligns itself with Movistar + e begins filming a series, a thriller in which the locations chosen for the recordings are not settings, as they condition the plot.

The Ferrol region is the set, Javier Chamber and Mónica López its protagonists and the municipal auditorium of the town of Cedeira (A Coruña) the one chosen for an anticipated debut.

The presence this Tuesday of the Government delegate in Galicia, José Miñones; the Minister of Culture, Román Rodríguez, and five mayors in the area give an idea of ​​the relevance given to this project.

The Xunta frames it in its Audiovisual Hub and offers a grant of 300,000 euros as part of its desire to attract filming to the autonomous community. The central Executive, for example, has collaborated with permits, security protocols or technical advice from the Civil Guard.

Camera has confessed that it is “of wonder” when entering the enclosure. “Happy, we want to stay; I have come to Galicia for Monica because I knew it is in the series and because it rains, it had not rained so much on me for a long time, “he said after letting himself be seen days ago in Ferrol.

And it is not “cynical, I love the rain”, the sign that it is “going to be a good day”, and it does not prevent that he has already known “wonderful pazos” for a dark story.

And that story “begins with a dead man and this man is a witness”López said, to which his partner added: “She is the Civil Guard.”

The renowned actor will step into the shoes of a high school teacher which will end up “forming part of the investigation; a crime, a witness and a civil guard.”

They are not the only ones, they are accompanied by “a lot of impressive actors, part of the fundamental plot; you are Galicians, you know them all, they are wonderful,” said Cámara in the corridors.

Movistar + throws himself into a pool of familiar waters for the production company that shakes them, but its head of Original Series Development, Susana Herreras, did not know Ferrolterra.

“It will serve so that the same thing happens to the rest of the spectators, a small invasion of people enjoying the area and investing”, has guaranteed the directive on the economic impact on the environment.

The City Council of Cedeira itself, an eminently tourist town, foresees it, as happened with ‘Hierro’.

If the series set in the green Canary Island was “one of the ones that has worked best on the platform, the ones that have been enjoyed the most,” they hope to repeat the experience.

Not in vain, now “a very special one” is launched with the “unmistakable stamp” of the Coira brothers and a “Galicia that is not usually found in series”, in a register away from the common places.

Jorge Coira, its director, has valued “going home and playing with that bunch of actors that are in Galicia”.

You will be faced with the challenge of achieving a “fun balance” in order to “do something recognizable, a world close to” that of “Iron”. He has said that he believes that whoever liked that “may feel challenged”, even if it is “different in many aspects.”

In the first “we talk more about greed”; in the new work, “more about revenge” with an argument in which Mónica López feels that “she has won the lottery; she is a complicated, exciting character”, to whom “something happens at the beginning that will change her life” .

A ‘Rapa’, by the tradition of the Rapa das Bestas in a less urban and wilder Galicia, which motivates Javier Cámara.

When the role was proposed to him, he felt that he was not offered “never this, I am a comedy; thriller and murders is a genre that I have not touched, but in the first scene they already kill someone.”

And he embraces the Galician “talent” because every time “it is less necessary to go to Madrid”.

In the region farthest from the northwest you can cook a long-awaited series.