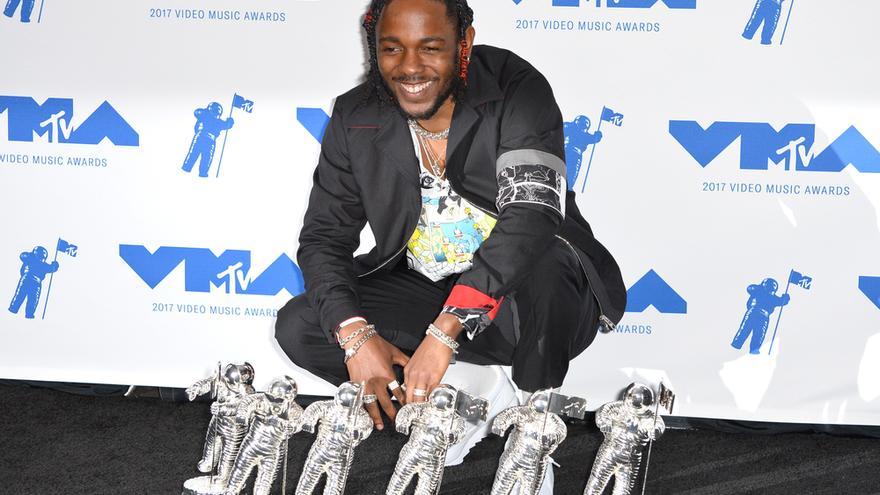 The pride of rap in the heart of superbowl. That was the bet of Dr. Dre and Snoop Dogg for their show of the final of the NFLin which they had as guests hip-hop stars such as Kendrick Lamar, Mary J. Blige, Eminem and the surprise appearance of 50 Cent.

Rap had occasional appearances in the Super Bowl with greater or lesser prominence.

But this was the first time rap dominated from start to finish this Super Bowl intermission musical extravaganza, which has become a global event in its own right.

The choice of rap, one of the great cultural expressions of the black population in the US, had already been very significant beforehand since The NFL has faced very serious accusations of racism in recent years with cases as mediatic as those of Colin Kaepernick or Brian Flores.

Hence, there was a lot of expectation to see how rap landed in the Super Bowl with two black west coast rap legends: Dr. Dre and Snoop Dog.

From Compton to Heaven

With the ground turned into the map of his native Compton (an emblematic city for rap in Los Angeles County)Dr. Dre kicked off the concert with the classic 'The Next Episode' with Snoop Dogg.

More sober and less spectacular than on other occasionsthe setting for this Super Bowl recreated a street with different shops and stores, each with an individual scene as if it were a comic strip.

"West Coast, make some noise!" Snoop Dogg yelled singing from the rooftop of that neighborhood figured alongside Dr. Dre.

Together they also tackled 'California Love"', anthem by Tupac Shakurbefore the big surprise of the night appeared upside down and out of nowhere: 50 Cent.

Hand in hand with a staging focused on reds and blacks and a greater prominence of the choreography, 50 Cent sang 'In da Club' before handing over to Mary J. Blige.

The artist, who was the only female presence in the show, changed the aesthetics of the concert with a silver-colored costume and shiny finishes to offer 'Family Affair' and 'No More Drama'.

Although from different generations, Kendrick Lamar is also a very proud son of Compton as Dr. Dre.

With a clothes that read 'Dre Day', Kendrick Lamar offered perhaps the most careful and impressive segment of the show with a performance of 'Alright' driven by a fabulous military-style choreography that was very eye-catching from the overhead camera.

An explosion that destroyed part of the stage was the prelude to the landing of Eminem, who tackled 'Lose Yourself', along with a band led by Anderson .Paakalready with the party facing its final stretch.

And for the outcome they returned Dr. Dre and Snoop Dogg, who closed the show with 'Still DRE' and with all their guests accompanying them in an image with some nostalgia but that summarizes both the legacy of rap and an important part of its present.

The 2022 Super Bowl is being held at the SoFi Stadium in Los Angeles (USA), an event in the Mecca of Hollywood that has contributed to numerous stars from the world of entertainment and sports have been seen in the stands.

Thus, among the star guests of the NFL final were Lebron James, Jennifer Lopez, Ben Affleck or Alex Morgan.