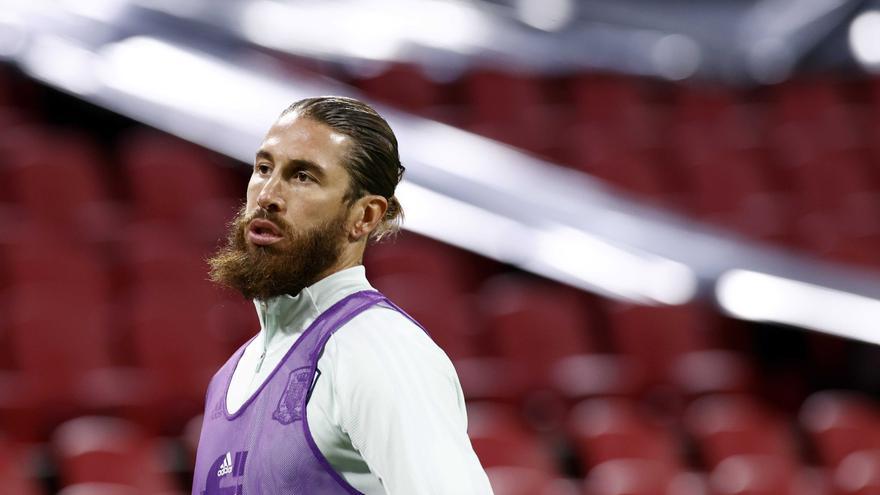 The Spanish defender Sergio Ramos, who has not yet debuted with him Paris Saint-Germain (PSG) after arriving at the club in summer after leaving the Real Madridadmits having gone through “difficult moments” during this time.

“In the end are difficult moments, moments of loneliness. Whole hours in the gym with the physiotherapist, with the physical trainer. You constantly have negative thoughts that sometimes make you doubt “, he indicates in an interview with Amazon Prime Video that will be broadcast this Sunday.

In those statements, of which French media such as Sport.fr advanced this Saturday some excerpt, the 35-year-old player said despite everything that he had trusted himself.

“I believed in myself and in work. I focus on restoring the trust they have placed in me to the club. I hope to reach my best level, “he added.

Ramos, away from the pitch since his arrival in the French capital due to a succession of injuries, was summoned for the first time on November 23 for the match against him. Manchester City on the Champions League, but finally it was not released in that meeting that the British won 2-1.

According to the digital Le10sport.fr, the player expects in that interview that he will have several years in business.

“I think I can continue playing for four or five years. The most important thing is that the head hold. I hope I don’t have any more physical problems, “said the defender, with a contract with the Parisians until June 2023.

His coach, the Argentine Mauricio Pochettino, indicated this Saturday in the press conference prior to tomorrow’s game against Saint-Étienne that “he is a great champion who what he can contribute is experience, knowledge, knowing how to be, a lot of virtues that built him “as a footballer.

“We are happy with the evolution. He’s been involved with the team for a couple of weeks now. What you need now is to compete“said the technician.

“He comes from a Spanish league and also from many months without competing in a French league that is completely different. We will see how he adapts. It is very difficult to predict the weather, it is a question of how he is going to adapt to a new environment, to a new circumstance, a new league, “he concluded.