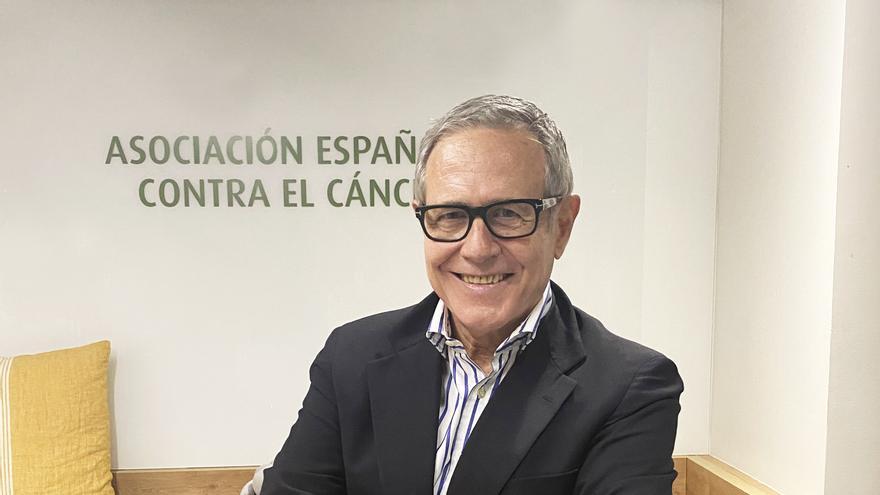 Cancer has a visible face: that of the disease, the symptoms and the treatments. It can change depending on the type of tumor suffered, but it is the one that is best known. However, it also has a hidden face. One that creates stigma and is not talked about. That is the face of uncertainty and fear of patients, that of poverty because they cannot pay all the bills derived from the disease, that of work problems and social rejection. According to Ramón Reyes, president of the Spanish Association Against Cancer (AECC), that “other side of the coin” has become even more invisible with the pandemic.

Reyes speaks in a room at the association’s headquarters in Madrid, an entity that began to preside in the midst of the COVID-19 crisis. And this is the first thing he talks about, how the situation affected the activities of the AECC, many of which had to be suspended, at a time when the inequality experienced by people with the disease worsened.

Primary Care has been overwhelmed for months by the current epidemiological situation. This led to one in five cancer patients having delays in their diagnosis, according to a report by the AECC. It is something “very serious in some cancers because it depends on the state in which you detect it, save yourself or not,” explains the president of the organization, who develops the importance of early detection for those affected by a malignant tumor. “The first symptoms of cancer patients are seen by the Primary Care doctor, and if he does not see them, he does not refer to the oncologist. So when they arrive it is too late,” Reyes says.

He also acknowledges that hospitals established “COVID-19-free” circuits, but that “people did not want to go because they were afraid.” This situation of the health centers made the consultations go from face-to-face to telematic, which was a new obstacle for those affected by cancer, since, as this doctor in biochemistry explains, “there are things that cannot be seen by video call.” In addition, relying on technology can be a disadvantage for older people, who need help from volunteers to handle mobile phones and be cared for by a health professional.

But not only the delay in diagnosis makes life difficult for those affected by the ailment: in Spain the disease is closely related to the risk of poverty, fear and restlessness. “Cancer is a source of vulnerability and inequity for people who suffer from it. Being diagnosed with cancer is like an earthquake that shakes all the foundations of your life, and changes everything,” says the biochemist. Almost half of the people diagnosed with cancer are of working age, with which many people are forced to take temporary or permanent leave, which leads them to receive less income while the expenses derived from the disease increase: “There is people who have to choose between paying their drug bills or rent, “he says.

“We have gone from a survival of 25% in 1953 to 55.3% in men and 61.7% in women in 2020 thanks to research and early diagnosis and screening. Research is the only way we can do it. against cancer and increase survival “, which is not only unequal between men and women, but also between different types of tumors:” If you are a woman and have breast cancer, you have about a 90% chance of saving yourself, but if it is from the pancreas, you only have 7%, “Reyes emphasizes.

These differences in survival, he explains, are the result of inequality in research: not all types of tumors are studied the same because, as in other cases, scientific projects need funding. Pharmaceutical companies and private companies invest, but they look for the projects that promise the most economic return, that is, profit. An example that Reyes exposes are biomarkers, which are indicators of the presence of certain tumors, “specific targets” obtained from “deciphering the genetic code” and which are used to treat this disease. In Madrid “they are only in two or three hospitals and are covered by the pharmaceutical industry, although they are only used for genetically transmitted cancers, but not in the rest”, which generates a “huge inequity”.

It is not only a question of differences in the location of the malignant cyst, but also of inequality in the resources available to the autonomous communities. This can be seen, for example, with colorectal cancer screening: “There are communities that have called 100% of the population and others that have not begun to screen,” explains Reyes. Faced with this problem, “you can have cancer and not save yourself depending on where you are. We must ensure that all cancers are investigated equally,” says the biochemist.

COVID-19 has brought a halt in many areas, one of them is the investigation of oncological diseases. However, it has also put “on the table” the importance of financially endowing science. As stated by the doctor, “in the last ten years 150 million euros a year had been invested in science, which is the cost of between four and six kilometers of AVE”. Despite this, for Reyes in Spain there are “some of the best researchers in the world” in oncology. “Research translates into increased survival and benefits for the patient,” concludes the president.

“Awareness is essential. About half of cancers are preventable,” says Reyes. And then he explains that there are agents such as tobacco, alcohol, the sun and diet that can play a crucial role in cancer prevention, with a special emphasis on tobacco. The problem is that it is “tobacco smoke” that produces malignant tumors, which not only affects those who smoke, but also those who breathe it: “One out of every five patients who dies from derived cancer has not smoked never, “he says.

Reyes insists that blocking tobacco is essential to fight the disease: “You cannot smoke in public places. It cannot be that children smoke.” The president of the AECC indicates that the carcinogenic effect of this drug is related to 16 different types of cancers, “the most common, lung, is the leading cause of death in Spain in men.”

In order to establish a hopeful horizon, the organization has set out to achieve 70% survival by 2030. This ambitious goal falls within what they have called National Cancer Research Plan, presented to the Minister of Health, Carolina Darias. For his part, Ramón Reyes underlines the importance of financially providing research against the disease, as well as solving problems in diagnoses, since these months of pandemic have contributed to creating “a time bomb that will explode in our faces” if nothing is done to prevent it.