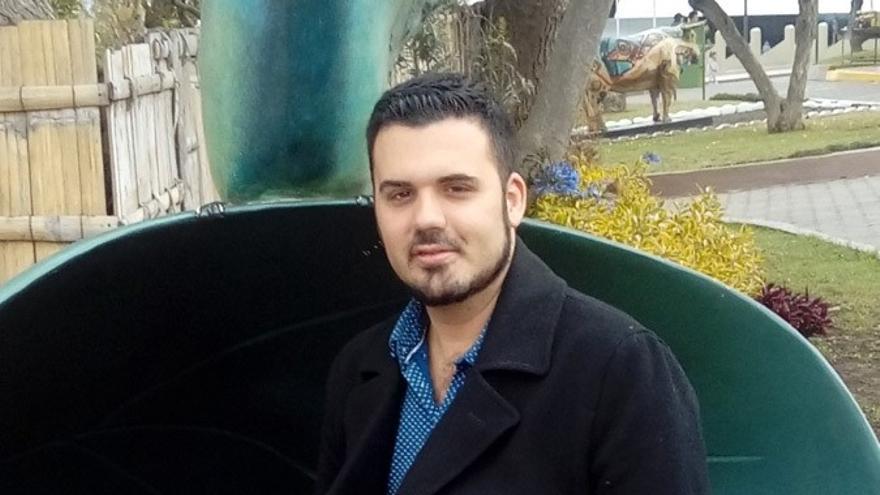 The Tenerife writer Ramiro Rosón will delve into the sentiment of the absurd and modern European bureaucracy that appear in Meow, by Benito Pérez Galdós and in the novels The castle Y The processby Franz Kafka, with stories that describe characters who collide with the arbitrariness of power. “The characters in the three plays try to escape injustice, but they have a tragic ending. They are victims of society”, He says.

In his lecture entitled Galdós in Kafka's castle: The modern European bureaucracy and the feeling of the absurd in his work, which takes place on April 29, at 7:00 p.m., at the Pérez Galdós House-Museum, Rondón will formulate a parallel between these three novels and will emphasize that stylistically Kafka and Galdós have significant differences, since Galdós, being a declared realist, makes him always be faithful to the historical facts and customs, while Kafka uses more symbolic and mysterious.

However, the similar feature occurs in the description, for example, of the world of administration and the hardships of the protagonists of the novels. “They both know how to create disturbing atmospheres, of anguish and of tension. Even the Gran Canaria writer describes in one of the passages of Meow how the Ministry of Finance works and he says that neither Dante nor Quevedo would have imagined in their works an atmosphere similar to the one that is breathed in that place. He equates it to a kind of infernal factory dedicated to producing administrative files and somehow approximates the gloomy environments that Kafka describes at some point ”, he explains.

On Meow, he details, the character of Ramón Villamil appears, a man who entered the Spanish Ministry of Finance around the 1840s and was suddenly dismissed due to the political changes that occurred in the Government around 1870.

Rondón recalls that at that time “progressives and conservatives alternated in governments, there was no opposition system for access to public administration as at present, and civil servants were not immovable. Occupying a position depended on personal favor and affinity with the politicians on duty and Ramón Villamil are unlucky to be dismissed when he only has two months left to retire. He finds himself in a desperate financial situation, since he has to request favors from his friends, ask for loans or simply ask for donations because his family's situation is bad, with the aggravation that women live thinking about appearances and what they will say ”, he details.

For its part, The castle tells the story of character K, who is supposed to be a transcript of the author himself, who arrives in a town and introduces himself as a surveyor, a person who is dedicated to measuring properties. “He wants to be officially recognized by the bureaucracy that governs that town that is located in a kind of castle or palace where officials work. He tries to enter that castle and do all the necessary procedures to obtain that recognition, but in the end he does not succeed, it is the story of a failure, just as Ramón Villamil tries to be readmitted to the Ministry of Finance and hopes that one day his appointment in the Gazette, which was the equivalent of the current Official State Gazette, ”says Rondón.

In both novels there is a struggle for social advancement, because Ramón Villamil is trying to obtain a better position, since if he retires he will do so with the pension of the maximum position he held in the public administration, while K also wants to be recognized as surveyor. "There is a struggle for social advancement and for the desire for justice, because its characters want to recognize aspirations that they understand as fair and legitimate, but they collide with a power that works with arbitrary rules," he specifies.

"Kafka does not place his stories in a specific time, he is more symbolic, more timeless, but we could place him in the second half of the 19th century, at the time of the Austro-Hungarian Empire, unlike Galdós who is very realistic and offers concrete data", assures.

In his speech, Rosón will refer to how the bureaucracy was very important at the time of this empire. Being a large territory, which included Austria, Hungary and several other countries such as the Czech Republic, where Kafka was born, it needed a consolidated bureaucracy. “Unlike what happened in Spain, where the administration was manifestly corrupt and had a reputation for widespread and systematic corruption, in the Austro-Hungarian Empire it had a reputation for being honest and rule-following, but those rules were arbitrary and were a vehicle for unfair situations, to violate the rights of the population and simply fulfill the interests of the upper classes, of the nobility and bourgeoisie, of those in power. Both authors are similar in describing the arbitrariness of power ”, he summarizes.

And the novel The process It also has similarities, because the protagonist Josef K, another Kafka transcript, is charged in a criminal proceeding without knowing what he is accused of. In the story, he tries to carry out various steps to escape the process, he even talks to a priest who is part of the court, but he does not achieve his goal, he details.

About Kafka, Rondón explains that he was not a very prolific writer and that his work is very complex and multifaceted. In works like Metamorphosis, which has been very successful, raises the possibility of approaching the world of the unconscious, of our fears and anguish, that dark part that is inside us that we have to know and master in some way to be able to live in balance with ourselves.

“Kafka also brings a very critical view of the society of his time. He does not expressly make social realism, but in some way describes the evils of his time. Even in novels like The process I perceive a premonition of what the Holocaust is going to be, because the protagonist is tried without knowing what crime he is accused of. It is very reminiscent of the fate that the Jewish people suffered ”, he details.

De Galdós highlights the topicality of his work. “I think it allows us to continue understanding Spanish society. There are things that have changed, such as that officials do not enter the administration by hand, except for cases of extreme corruption, but it does allow us to understand how politics, the struggle for power and the ins and outs of the State continue to work. Galdós, on many occasions, shows that obsession with appearances, which somehow remains in force in our society. It helps us understand how we Spaniards are ”, he concludes.