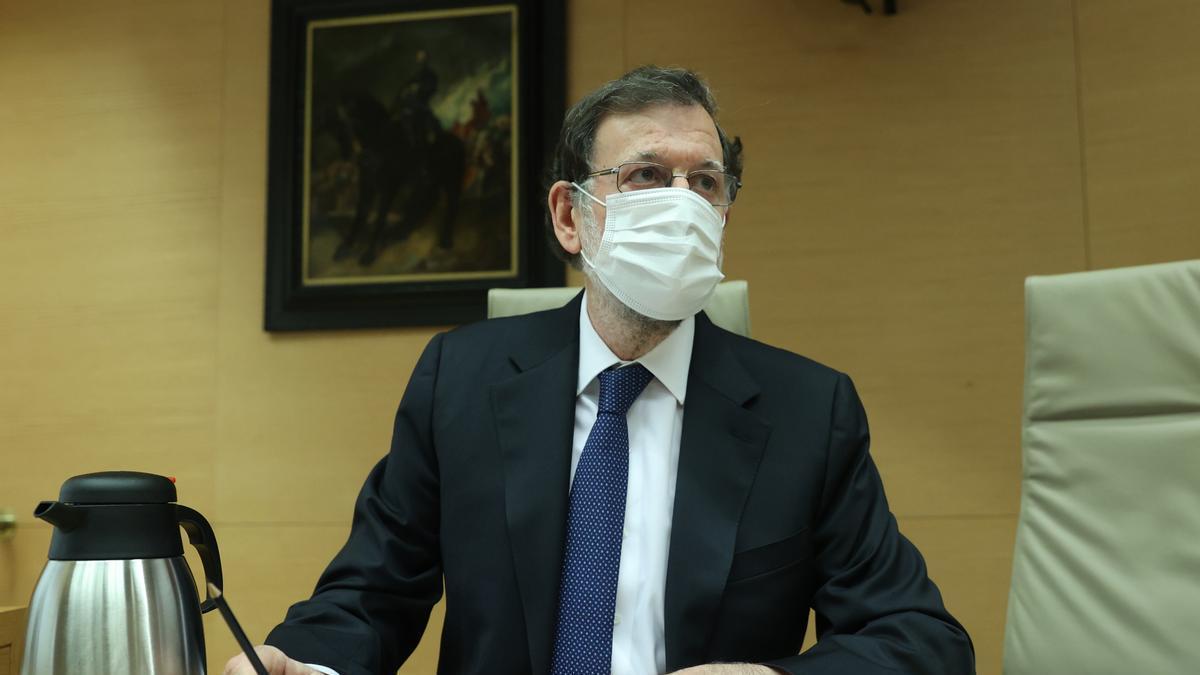 The former president of the Popular Party Mariano Rajoy has assured that he does not know Commissioner Villarejo and that he has no record of having been in the presence of the policeman. During his appearance before the congressional investigation commission on the espionage of Luis Bárcenas, Rajoy has denied knowing about the parapolice operation, whose existence he has doubted, and added: "I do not know Mr. Villarejo, I have not spoken with him in my life Neither directly nor indirectly, I have never sent a message to Mr. Villarejo and Mr. Villarejo has never sent me a message. "

Rajoy has also denied that María Dolores de Cospedal, then secretary general of the party, informed him of the meetings with Villarejo in the office of number two of the PP, in the middle of the outbreak of the Gürtel case and during which she and her husband, the businessman Ignacio López del Hierro, commissioned him "specific jobs." Both, Rajoy and Cospedal, worked on the same floor on Genova street.

According to Rajoy, "there is no court that has affirmed the existence of a box B in the Popular Party." This statement, during the responses to several appearing parties, has caused that when the ERC spokesperson, Gabriel Rufián's turn, he read an extract from the ruling of the National Court on the parallel accounting of the PP since at least the year 1989. A He then got up and handed Rajoy the papers of the court ruling.

Once denied the irregular financing of the PP accredited by the National Court and the Supreme Court, Rajoy has denied having discussed the Kitchen case with Cospedal, despite the fact that she had to leave politics because of her relationship with Commissioner Villarejo. "I have spoken with Mrs. Cospedal when we both wanted to speak," Rajoy said to questions from the Socialist spokesman, Felipe Sicilia.

Sicilia's intervention began with the socialist spokesman showing the photograph of the press conference in February 2010 in which Rajoy affirmed that Gürtel was not a plot of the PP but against the Popular Party. Then, Sicilia has brought up the two convictions of the PP in different pieces of the Gürtel case, including that of box B, and has asked Rajoy if he maintains that statement from 11 years ago. Mariano Rajoy has resolved the situation by ensuring that Gürtel "was an operation by one person in which the vast majority of PP militants were not involved."

The former president of the Government has reproached the socialist spokesman for taking into consideration the word of two people, Bárcenas and Villarejo, who have "serious problems in the courts" and who, therefore, have the "right to lie" in their defense strategy.

Next, Rajoy has gone on to attack and has launched against the socialist spokesman that Villarejo has also spoken of his relationship with the PSOE and that he, however, does not take into account when the commissioner speaks of Felipe González or Alfredo Pérez Rubalcaba. Sicilia has replied that there is no case of irregular financing of the PSOE but of the PP and that the investigation commission is dedicated to the parapolice operation created to sabotage that cause that affected the conservatives.