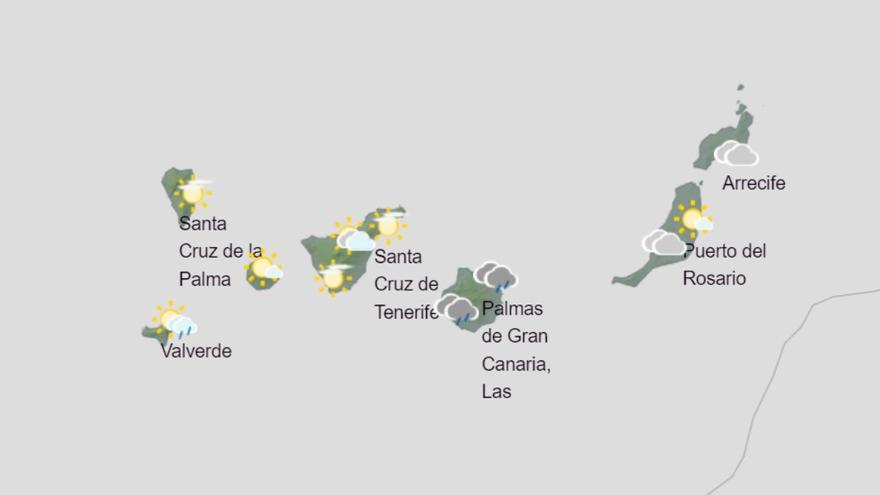 The Weather forecast in the province of Las Palmas for this Monday, November 22, 2021, indicates that in Gran canaria there will be cloudy intervals with the presence of high clouds tending throughout the day, from west to east, to cover with probable weak to moderate precipitations, more probable in the southwest slope during the morning and in the north in the afternoon.

On the islands of Lanzarote and Fuerteventura Cloudy intervals will predominate, mainly high clouds, according to the State Meteorological Agency (Aemet).

Regarding the temperatures, the maximums will be with few changes or in a slight decrease in interior areas, and the minimum in slight to moderate ascent, more pronounced in interior areas; in Las Palmas de Gran Canaria they will be between a minimum of 17ºC and a maximum of 21ºC.

With respect to wind, it will blow a loose variable with a predominance of the southern component and the southwest component, somewhat more intense in peaks. Breezes on coasts.