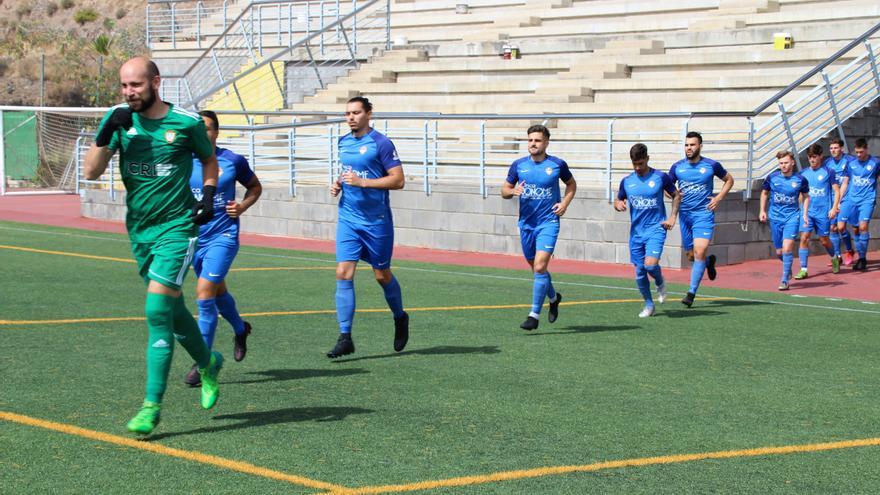 Ángel Luis Camacho’s pupils began with their usual touch game against a rejuvenated rival, forced to line up new blood due to the numerous casualties present. Even so, the speed exhibited in the pressure ostensibly complicated the local ball output, balancing the balance at the equator of the first half.

A shot by Xiraxi in minute 3 and a subsequent chance by Kevin Mendoza in minute 11 showed the intentions of the Gran Canaria team to go for their first victory in this second part of the season.

The siege continued with a shot from Ramón and a shot from Ishida who, just in front of the goalkeeper, could not control his shot from the front. However, in the middle of the initial assault, the Santa Úrsula was able to unbalance the balance with the first approaches of the attacker Carlos Rafael, who became a torment for the rojinegros.

A free-kick from Barrios that deactivated the visiting goal with his fists was the last cartridge offered by a Unión Viera that seemed to improve despite the absence of goals.

In the resumption, the Ciudad Alta team kept the type. First, peeking out with a Kevin Mendoza boarding session whose launch licked the post, and later with a shot from the Japanese Ishida that ended up hitting the crossbar.

However, the Santa Úrsula started slowly again, going from less to more. Until, in the 65th minute, forward Edu Niebla took advantage of an error in the rear to stand alone in front of goalkeeper Guanche and beat him with a shot close to the near post (0-1).

After the goal, local coach Ángel Luis rushed the changes but to no avail. The Tenerife team, in fact, was able to extend the account after a breakthrough on the right flank in the 78th minute, caused by a hard and dry shot on the local goal and whose rebound ended with a chain of errors in the small area.

As the minutes passed, the match was anesthetized in favor of the visitors, while Viera tried in vain to sign the tables in a clash without further history.

Referee: Domingo Miguel Sosa Gómez. He admonished, for the locals, Ishida, Elvis and Álex Guanche. By the visitors, Carlos Vicente and Semidán were warned

Incidence: Match corresponding to the second phase of the Repechage group of the Canary Islands Third Division, played at the Alfonso Silva stadium. Cloudy morning, with strong gusts of wind and scattered drizzles.