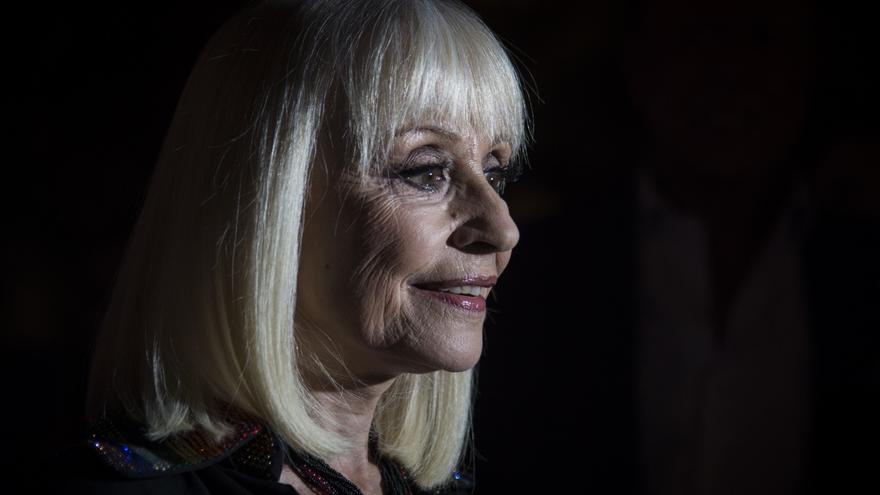 Italian singer and actress Raffaella Carrà, famous for hit songs like Party, You have to come south Y Hot, hot, has died this morning according to Italian media.

A famous figure in the entertainment world in Italy, Latin America and Spain, in addition to being a singer and actress, she was also the host of various television programs. His first appearance in our country was in Ladies and Gentlemen! scored by Valerio Lazarov. After the success of this, the directors of Televisión Española gave him a special of four chapters issued in March 1976: Raffaella Carrà’s time. When some time later she returned to sign on Spanish television, she already had 21 recorded discs behind her –in Spanish and Italian-, ten films and she had been the host of many other programs in Italy, including Soon, Raffaella? Y Raffaella Carrà Show.

He was born in Bologna in 1943. A precocious artist, he participated in his first film (Torment of the passato) at age 9. A year later she moved to Rome, where she enrolled in classical dance. He graduated in Interpretation at the Centro Experimental de Cinematografía in 1960 and five years later he traveled to Barcelona with the Giulio Bosetti theater company to participate in the Latin Prose Festival, with Diego Fabbri’s play “Il seduttore”.

In Italy she was already known for her appearances on television and in musicals, and she decided to try her luck in the cinema in Spain, shooting “Comando al infierno” (1969), but the seventh art was not where it shone the most.

In Italy, at that time he began a long idyll with public television, first in front of the program “Io, Agata e Tu” and from 1983 with a space that marked history, “Pronto, Raffaella?”.

After two years of unsurpassed audiences, it changed its format to “Buonasera Raffaella” in which it conducted interviews and conversed with viewers by phone.

In 1986, he directed the entertainment program “Domenica in”, a complete revolution on the small screen, and in 1989 he joined Canale 5, of the Berlusconi family audiovisual group, where he directed “Il principe Azzurro” without much reception, so that after a brief experience she returned again to the Rai, where she was the absolute queen.

In Spain, Televisión Española hired her again to conduct the live program “Hola Raffaella” between 1992 and 1993, with performances, guests, contests; space that he combined between 1993 and 1994 with “At 8 with Rafaella”.

And she also participated as a “coach” in the “La voz” contest, in its Italian version, an experience that she loved because the leading role did not fall on her but on new talents.

But beyond her television presence, Raffaella Carrà has always been an artist, an earthquake on stage, capable of infecting children and adults with her smile and dance.

A symbol in the history of music, he knew how to play with sensuality and impudence to conquer everything that was proposed on stage, in contrast to the discretion that has always reigned in his personal life.

Her most recent work was “Replay” in 2014, a dance music album with themes in Spanish, Italian and English, “of which there was no need”, as this incombustible blonde admitted, but which she performed “for pure fun”, to her 70 years.

“I don’t want to be young, I want to have fun with young people,” the artist said in an interview with Efe when she presented that album, which did not involve a tour because, she concluded: “now I want to live my life.”