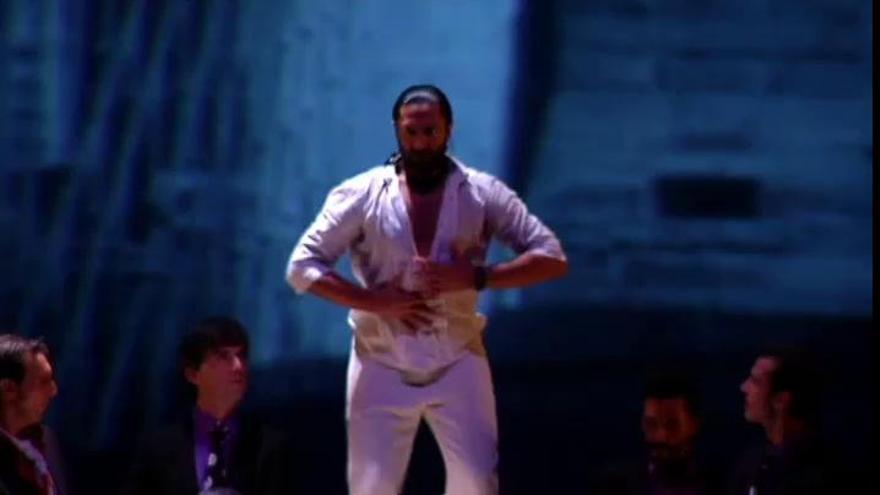 Rafael Amargo returns to the present, but not because of his successes as a dancer and choreographer. Now his arrest in an operation against a criminal organization dedicated to drug trafficking shows that he is news beyond a stage.

Rafael Amargo (Pinos Puente, Granada 1975) has savored the honeys of success from a very young age, but he has also known how to make the covers with incendiary statements and even nudes like the one he starred in for Interviú magazine in 2010, when he declared : “I undress because the one who gives first gives twice. And in order to start dressing again ”.

A few years ago, he declared himself bisexual, a situation that his wife, also a dancer Yolanda Jiménez, mother of his two children, aged 15 and 11, acknowledged that she accepted normally. A public statement that the dancer and his environment assumed naturally because, as he said, “I have never hidden anything.”

Amargo has been awarded the Gold Medal of Merit for Fine Arts 2016 and the Andalusian Medal 2018. Winner of four Max awards for the performing arts for best dancer or best show (two for Amargo and one for Poet in New York and another for by Amor Brujo).

“Without perseverance and without work, luck does not exist,” he told Efe when talking about the success of his show “Poet in New York.”

At the age of eleven, he won the First Prize of the National Dance Competition of La Unión (1996), later the Pavón Cup Prize for Young Interpreters (1998), in addition to the APDE Prize (2003) from the Association of Dance Teachers of Spain and the Prize “Don Quixote” of dance (2008).

He brought his art to China and Japan with “Intimo”, he brought together flamenco and avant-garde in New York with the contemporary dance company Marta Graham, he has performed at the Midem in Cannes and the Midem Latino in Miami.

To put on his previous show, “Dionisio”, which premiered at the classical theater festival in Mérida in 2019, he confessed that he had to mortgage his house.

A multifaceted artist, Amargo also debuted three years ago as a fashion designer on the Barcelona catwalk 080 with a collection for men, women and children called “Eclectic”, for which he had the collaboration of the painter Domingo Zapata.

Pieces that showed the confluence, as he explained, of different features and styles that mix “athleisure” fashion, the most sophisticated trends and flamenco, three trends that define the DNA of the choreographer.

His connection with fashion led the dancer to participate in the latest edition of Mercedes-Benz Fashion Week Madrid in which he presented with a dance show the collection of the designer Maison Mesa for next spring-summer 2021.

With the presentation of “Yerma”, Amargo recovered tradition and flamenco and his passion for the work of García Lorca. “The scope of the work goes beyond significance in two directions: the mythical universal, supported by the belief that fertility is a form of salvation, and the specifically Spanish,” the dancer announced in the presentation.

A work that is a very personal review, “very bitter”, he defined, a qualifier that has perhaps become a premonition.