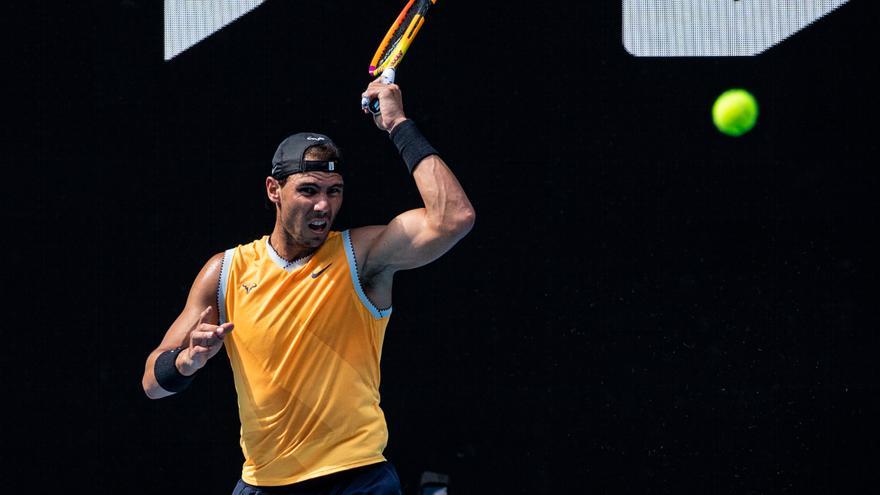 The Serbian and first classified in the world Novak Djokovic (1) will meet in the first round of Australian Open to his compatriot Miomir kecmanovic, while Spanish Rafael Nadal (6), tied with the Balkan with 20 major titles, will make his debut against the American Marcos Giron.

The Australian Open draw was marked in its previous hours by the uncertainty surrounding the participation of Djokovic, who is still pending the decision of the Australian Minister of Immigration Alex hawke about his possible deportation, and it was postponed an hour and a quarter.

Djokovic, what will defend his ninth crown won on the banks of the Yarra River in the last edition and he will have the opportunity, like Nadal, to become the most successful tennis player of all time with 21 Grand Slam trophies.

Nadal warned that his expectations are not the same as in previous years after landing in Melbourne after six months away from competition as a result of his chronic injury to his left foot.

However, the Spaniard got off to a strong start to the season after becoming champion in the 250 category Melbourne Summer Set after beating American Maxime Cressy in the final.

Our 2009 #AusOpen champion and No. 6 seed 🇪🇸 @Rafael Nadal will begin his campaign against Marcos Giron.# AO2022 pic.twitter.com/CXQWJSkwGr

His rival in a hypothetical round of 16 would be the Polish Hubert kurcakz (10), in the quarterfinals the German Alexander Zverev (3) and in the semifinals Djokovic (one).

The swiss Roger Federer it will be one more year the great absence for an edition of 2022 that will not have the presence of the Austrian Dominic Thiem either.

Djokovic could face Chilean Cristian Garín (16) in a hypothetical round of 16, Italian Matteo Berrettini (7) in the quarterfinals and German Alexander Zverev (3) or Nadal (6) in the semifinals.

On the other side of the table, a possible quarter-final would be those that would face the Norwegian Casper ruud (8) with the Greek Stefanos Tsitsipas (4), as well as a hypothetical duel between the Russians Andrey rublev (5) and Daniil Medvedev (2) that would reissue the battle that took the world number two in the last edition.

Regarding the main alternatives to the title, Medvedev will start against the Swiss Henry Laaksonen; Zverev will face his compatriot Saniel Altmaier and Greek Tsitsipas will face Mikael Ymer.

The current champion of the 'major' New Yorker Medvedev could count on a duel of height in the second round against the Australian Nick Kyrgios.

Catalan will complete the list of Spaniards Albert ramos It will premiere with the Argentine Sebastián Báez, the Malaga-born Alejandro Davidovich against the local and guest Alex Bolt and the Valencian Pedro Martínez against the Argentine Federico Delbonis.

Possible round of 16 matches: