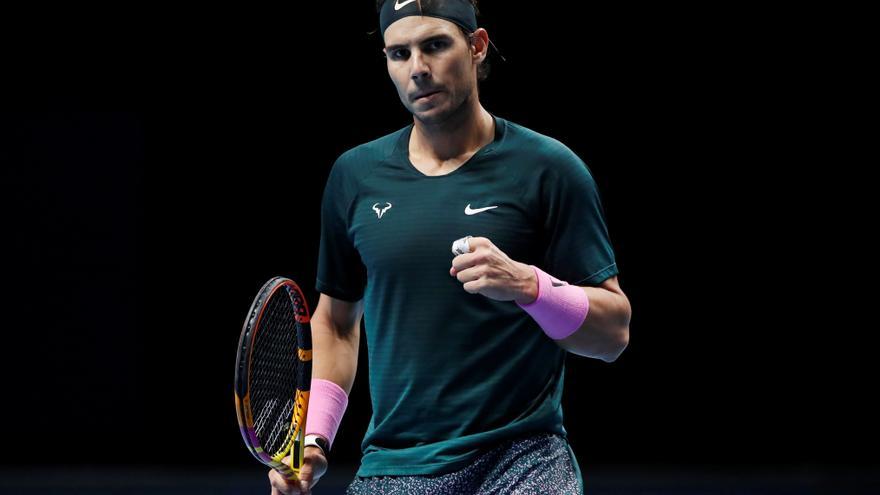 Nadal and Delbonis have met four times, always with victory for the first, the last in the 2020 Australian Open, and the Argentine has never been able to win a set to the tennis player from Manacor.

Nadal’s debut will not be the only attraction of the day, which features as a stellar duel that between Serbian Novak Djokovic against young Italian Jannik Sinner. Also, Fabio Fognini – Jordan Thompson and David Goffin – Marco Cecchinato.

With seven of the top ten seeds in the tournament draw, only Austrian Dominic Thiem, absent due to injury; the Swiss Roger Federer and the Russian Daniil Medvedev, positive for coronavirus, this year’s edition will not be a bed of roses for the world number three. The Mallorcan has as possible rivals in the case of surpassing his debut today the Bulgarian Grigor Dimitrov in the eighth, Roberto Bautista or Andrey Rublev in the quarterfinals) and the Argentine Diego Schwartzman in the semifinals.

Medvedev, number two in the world, tested positive for covid-19 in a control he underwent on Monday after training with Nadal, so the manacorí had to pass a control in which he gave negative and that he will have to repeat this Thursday. “It is a great disappointment,” Medvedev said on his social networks when announcing his withdrawal. “I will focus now on recovering and I am looking forward to getting back on the track healthy as soon as possible.” Medvedev has been quarantined and his state of health is supervised by the tournament doctors and the ATP circuit. The 25-year-old Muscovite was the tournament’s second seeded player, behind Djokovic.

The defeat in the quarterfinals of the Australian Open against the Greek Stefanos Tsitsipas on February 17 is the last game so far for the Mallorcan. The lower back problems that already bothered him at the beginning of the season were the ones that have so far removed him from the schedule he had planned, but you are ready for the earth season, which will culminate from May 30 at Roland Garros. “I feel good. I’ve been feeling good for weeks and training at a high intensity, with a good workload. An important clay season begins for me and I am confident that I can do it well, that I will compete well and that I will play good tennis, “said Nadal.

Rafa Nadal: The king of the land comes into play.