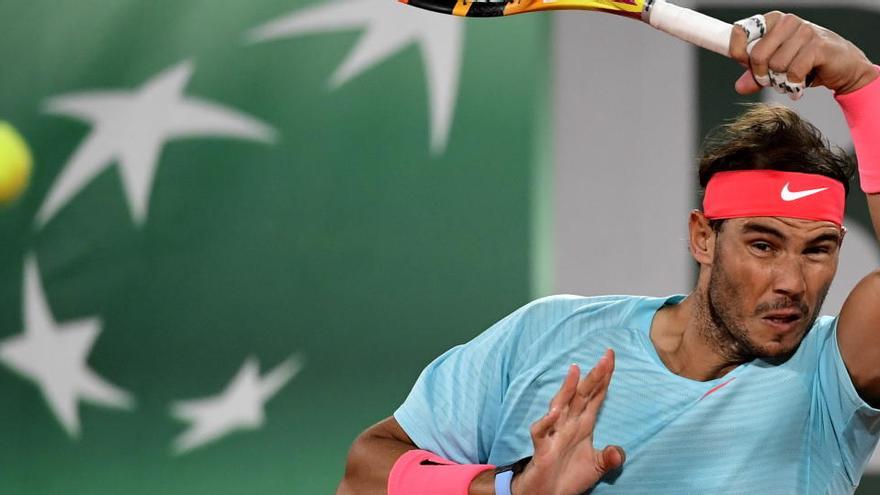 Everytime that Rafael Nadal tread the semifinal of Roland Garros, its Manacor museum makes room to house a new Musketeers Cup. The Argentinian Diego schwartzman, who has never been in the top four of a Grand Slam before, is challenged to prevent that from happening for the thirteenth time.

The challenge presents many arguments in favor of Spanish and some that feed the hope of the Argentine, who 19 days ago signed on the clay of Rome his first win in ten games against Nadal.

“I have played the best game of my life,” claimed the Buenos Aires native then, who two weeks later, after reaching the first semifinal of a great in Paris, claimed that that victory convinced him of his options to defeat anyone.

“I beat Rafa in Rome, I showed that I can beat him, I proved it to myself “, assured the “Peque” after reaching the quarters, when he claimed to have an unusual confidence in his options that led him to defeat the Austrian Dominic Thiem, recent winner of the United States Open, in a marathon of more than 5 hours.

More than in Rome

Schwartzman, however, is one of those who has his feet on the ground and knows that Rome may not be more than a mirage, because the match was three sets and because Nadal had only played two other duels after a break of more half a year because of the pandemic.

“To beat five sets, it is not worth just being prepared, you need more. Not even what I did in Rome reaches me. If I repeat it, there will still be an eternity to beat him, “said the Argentine, who intends to become the third tennis player to dethrone the king of the land in his fiefdom, after the Swedish Robin Soderling and the Serbian did. Novak Djokovic.

The Argentine arguments are not over. Two years ago, when he first reached the Roland Garros quarter-finals, he jumped unapologetically onto Center Court, which was then roofless and at the mercy of the rain.

Schwartzman won the first set to the Spaniard, who had chained a streak of 37 consecutive sets at Roland Garros, and dominated the second, with a displaced Nadal, when the rain forced them to stop. After a first break of 45 minutes, the Spanish already left the second set on track, before the rain forced the duel to be postponed the next day, when with sunshine and clearer ideas Nadal chained three straight sets.

Since then, the Argentine’s tennis has progressed, it is more mature and tactical, which augurs more difficulties for the Spanish.

Another argument in favor of the Argentine, a heavier track where the ball, harder than in the past, votes less, which adapts well to his 170 centimeters in height, which will be able to better defend themselves from Nadal’s attacks.

With all that, Schwartman, who at 28 will debut his “top 10” status on Monday, has the task of stopping Nadal from becoming the first Argentine finalist in Paris since 2005, the year in which, against Mariano Puerta, the Spaniard lifted his first trophy.

Since then, he has achieved another 11 and, in his strangest year, he has been raising his level to appear in the decisive moments in a position to add 13.

The arguments of the Spanish do not fit in a chronicle, of how long is the history that Nadal has written on the French clay.

Since the player who arrived in Paris two weeks ago, with the defeat of Rome still in his memory, little remains. For the sixth time in his career he has reached the semifinal without giving up a set and, although the rivals do not present enough entity to draw conclusions, his game has been winning whole.

Nadal, who repeats over and over again that his goal is to adapt to circumstances, seems to have tamed all of them, from the cold weather that has not stopped its progression, to the rocky ball that his arm manages to turn into an aggressive stiletto.

Landed in France with hardly any references, with only three matches on his legs After the pandemic interruption, the Spaniard has been repeating his scheme from previous editions, progressing as the competition progressed, in order to reach the zenith next Sunday.

Only in his duel against the Italian Jannik Sinner in the quarterfinals did he seem to find any doubt, in the face of the impudence of a 19-year-old tennis player who made him raise the level.

He will have to do it again to defeat an emboldened Schwartzman.

The winner will face Serbian Novak Djokovic, looking for his second crown at Roland Garros, or the Greek Stefanos Tsitsipas, who at 22 is pursuing his first final.