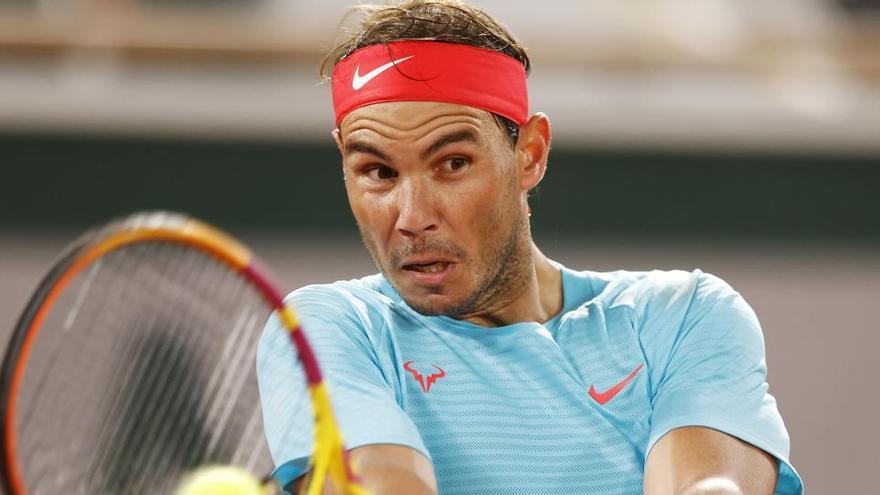 A whirlwind against the Parisian wind. That was spanish Rafael Nadal what achieved this Sunday the pass to the quarterfinals of Roland Garros in his career, after defeating the American Sebastian Korda, 213 in the world, from the previous phase, for 6-1, 6-1 and 6-2.

In a match that lasted 1 hour and 55 minutes, had no mercy for the American Korda, son of the 1992 Roland Garros finalist and winner six years later of the Australian Open, who in the previous days had assured that he admired Nadal so much that he baptized his cat as 'Rafa'.

"It was a good game against a very difficult playerHe is a great player with a great future. The conditions were very difficult with so much wind, but I am very happy to be back in the quarterfinals, "said the Spaniard on the track.

The number 2 in the world, who has only lost two duels on the clay of Paris, he was forceful on a sunnier day in the French capital, but with cold and a lot of wind, which bothered both players.

While the thermometer did not exceed 13 degrees, the gusty wind reduced the wind chill.

In search of his thirteenth title at Roland Garros, his twentieth Grand Slam, which would match him with the Swiss Roger FedererNadal is showing a very high level, in the first year that he arrived in Paris without having previously won any title on the gravel tour.

The Spanish will play his 42 quarterfinals of a Grand Slam, with what surpasses the American Jummy Connors and is five of the Serbian Novak Djokovic and 15 from Federer.

For now, Nadal has not crossed his racket with any rival that allows measuring his true state. In four games, he has lost only 23 games.

His victory number 97 on the Parisian clay will not serve as a test either, because the young Korda, 20 years old, proved to be very tender for a match of that requirement and he struggled worse than the Spanish against the wind, which in several phases of the game swirled the brick dust of the court.

It was not as intense as the one in last year's semi-final against Federer, but at times it forced players to turn their faces to prevent their eyes from filling with sand.

Also in those conditions, Nadal reigned on clay, very confident with his game, adapting to adverse conditions as it has been doing in this cloudy Roland Garros, displaced to autumn by the coronavirus pandemic.

The Spanish steamroller did not give respite to the young American, who seemed to live a torment, between Rafa's scratches and the wind, far from the idyll he had dreamed of against his hero.

Korda made 48 errors and only at the beginning of the third set Nadal lowered the piston and he let one of his services escape, the second he loses so far in the tournament. The 2-0 in favor was nothing more than a mirage, because the American did not win more games.

Nadal will face the winner of the duel between the German Alexander Zverev, sixth seed, and the surprising Italian Jannik Sinner, the youngest of the table, who at 19 years old is looking to become Roland's youngest quarter-finalist. Garros since Nadal in 2005.