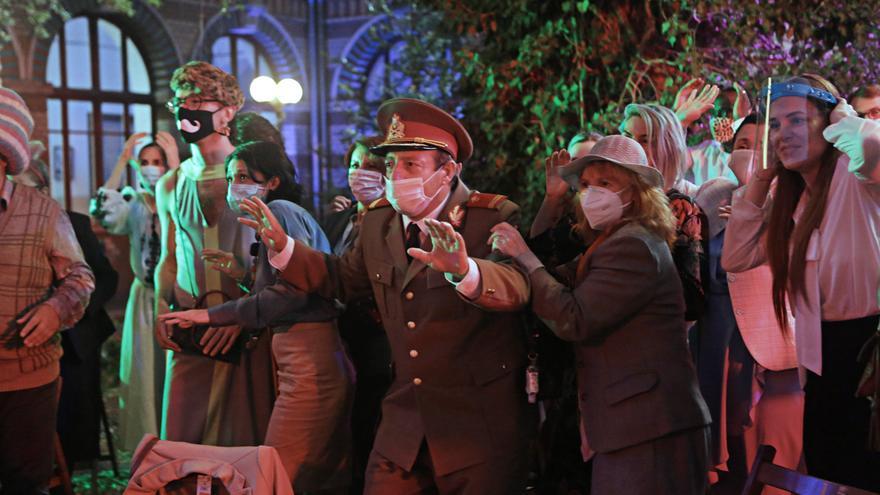 “I believe that judging is one of the greatest pleasures for human beings and this pleasure is even greater on the internet,” says the filmmaker at a virtual round table with various foreign media, including Efe.

He assures that for him it is a great pleasure and, although he is not very active on Facebook, if he were, he would “criticize and judge everyone harshly”.

“We do not want something better, we simply want to judge others and criticize; it is enough, it is a pleasure in itself”, as it seems to be for the luck of the court, made up of parents, which is going to decide whether the teacher of their children, protagonist of the viralized video, she still has the moral authority to continue working as a teacher.

With two children, says the director, he attends many parents’ meetings and, when it comes to the children, the parents show “their true face, their true values, in a much more direct way, the hypocrisy disappears a bit.”

The film, which is nominated for the Berlinale Golden Bear, is a film about obscenity, says Jude, in which he tries to investigate what is behind this notion and what remains of it if it is put in a context of greater obscenity, ” of real obscenities, of real vulgarity. ”

For Jude, there is a tendency in film, theater, and literature to “build stories that are spectacular in themselves,” while he believes that there really are “stories in all things” if you look closely at them.

One of them is the story in this film -which takes place in the middle of the coronavirus pandemic, as the omnipresent masks reveal-, arising from some heated discussions with friends that made him consider that he should make a film about that: if really the reactions of the People are so divided for and against a teacher that they get involved in such an affair.

The film is constructed as a triptych, with a first part in which the camera accompanies the protagonist in her daily stress through the streets of Bucharest.

The second act is a laconically commented sketch of different static images as a symbolic encyclopedia of our time, followed by a third, open-ended part, in which the teacher appears in court.

The filmmaker points out that he wanted to escape from the conventional way of structuring a story in the cinema and assures that in a certain way he felt “liberated” by having this idea of ​​”sketches”, like those of a painter, and decided to make a film to “cinematic sketch” mode, such as “an unfinished film, an open work.”

Jude is happy that his film has been selected for the festival and that the Berlinale is being held, albeit with a virtual appointment now in March for the industry, and one open to the public in June, if the pandemic allows it.

The director, who in 2015 won the Silver Bear for Best Director at the Berlinale for his film “Aferim!” see, “if possible on the big screen”, and if not, then on the cell phone.