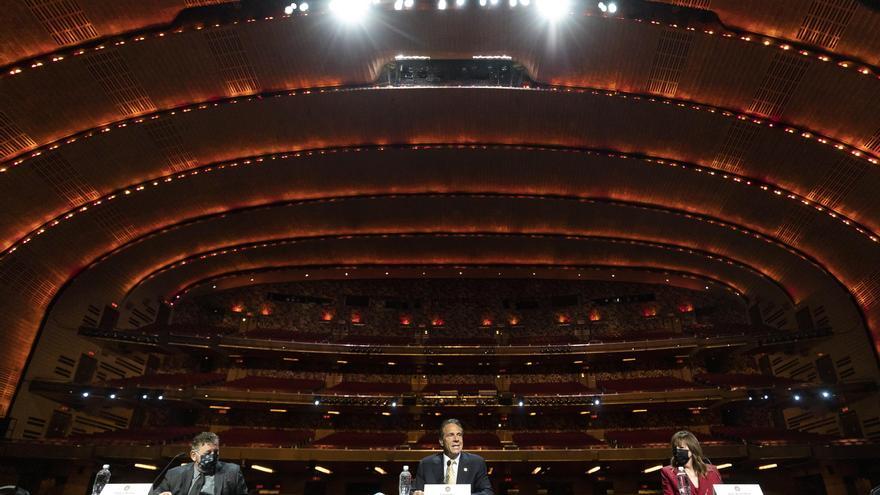 New York, May 17 (EFE) .- The iconic Radio City Music Hall in New York will reopen at 100% capacity after more than a year of closure to celebrate the closing night of the Tribeca Film Festival, which this June will celebrate its 20th anniversary.

The novelty has been announced by the governor of New York, Andrew Cuomo, who is coordinating a rapid reopening of the state, eliminating the need for the use of the mask in outdoor spaces and the vast majority of indoor spaces for all those who are vaccinated. , in accordance with the recommendations of the Centers for Disease Control and Prevention (CDC, in English).

“This year the Tribeca Festival will offer exciting new ways for New Yorkers and their visitors to see the best movies of the year and enjoy many events and experiences, culminating in a fully vaccinated audience and the 100% historic Radio City Music Hall. of his capacity “, has declared Cuomo in a press conference.

“This is a huge step in the reopening of our state and our nation that will communicate to the rest of the world that New York is back and better than ever,” he added.

Although it has not yet been announced which feature film will close the contest on June 19, more details were given about the first night of the festival, which will be held on June 9 with the world premiere of the film version of the musical “In The Heights “by Lin-Manuel Miranda.

In addition to being seen at the “United Palace” in Washington Heights, in northern Manhattan, the film will be screened simultaneously in the new Pier 76 public space, located on the Hudson River, whose opening will coincide with that film event.

Some of the films in the cinema show, which claims to be the first to be held in North America since the beginning of the pandemic, will be able to be seen for free in a total of eight locations throughout the five boroughs of New York.

“Tribeca was organized to bring people together, and that is our goal this year as well, to connect communities across the five boroughs and safely share our festival experience while supporting local businesses,” he said. pointed out the co-founder and executive director of the contest, Jane Rosenthal.

The Tribeca Film Festival, conceived to try to recover activity in one of the New York neighborhoods most affected by the 9/11 attacks, was held in 2020 late and virtually.

Other major festivals, such as Sundance and Toronto, have mostly been held virtually, while Cannes has already announced that it will take place in person next July.