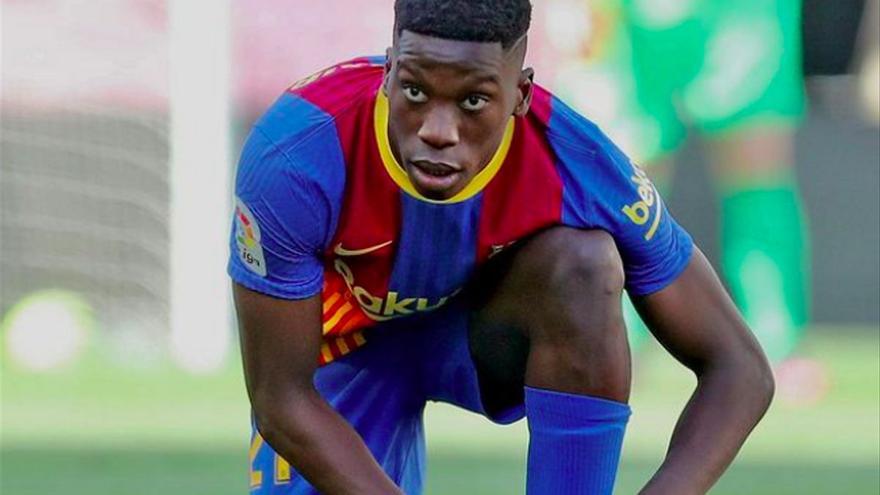 Ilaix Moriba, which is in negotiations with him Barça for its renewal, has denounced the racist insults he is receiving. “Really?” Asks the footballer in the video in which he leaves reading some of the hate messages he has received in the last hours. “You should be playing for Congo FC”, “nobody wants a black like you”, “disgusting monkey”, “orangutan” or “if I see you, stab you”.

This case is reminiscent of the one experienced by Marcus rashford after the team’s defeat in the Europa League final against Villarreal. The Manchester United forward revealed that he has been the victim of “at least 70 racist insults “in social networks. “To those who want to make me feel worse than I already feel I wish you good luck trying.” An episode that played just seconds after the finale at Wembley, social media was mired with a torrent of racist expletives against Marcus Rashford, Bukayo Saka and Jadon Sancho, the three black players who had failed the penalties for England.

Rashford, after missing a penalty against Crystal Palace.

During the night a mural in honor of Rashford in Manchester was attacked with offensive graffiti that, once covered up, the neighborhood was covering with hearts, drawings and messages full of affection for the player, leader of a campaign against hunger and poverty of English children that has forced the government to change its cuts twice.

The Football Association issued a statement giving its support to those attacked. The first Minister, Boris johnson joined the sentence. “To those who have been hurling racist insults against some of the players, I say: You are a shame and I hope you go crawling to the cave from which you have come ”.

Kameni: ‘I have been in Spain for 16 years and racism has never been spoken of with such force’.

Lilian thuram he also suffered it in his day. After hanging up his boots at Barça in 2008, he created the Foundation Lilian Thuram. Education against Racism, from which he tries to combat this scourge. “Our culture is built on racism. They are habits linked to history. And as they are habits, people do not understand violence and gravity, “he reflected in EL PERIÓDICO after Diakhaby’s complaint of having received racist insults during last season’s Cádiz-Valencia.

In Spain, many players have had to endure racist insults in stadiums. “Racism does not remain, but it has gone from bad to worse. I have been in Spain for 16 years and racism has never been talked about with such force. And it existed. It means that it has gotten worse lately,” explained Carlos Kameni in this newspaper. The foreign goalkeeper who has played the most games in the First Division has not only suffered xenophobic incidents on the field but also outside the stadiums. Now social media is another door through which hateful messages slip through.